Despite the 14 point differential, Miami’s win over Florida Atlantic University was much closer than the scoreboard read.

“We are not a strong defensive team yet,” head coach Jim Larrañaga said. “I thought tonight we did some things better defensively than we did on Tuesday night. Florida Atlantic came in with a very aggressive mindset and really attacked us.” 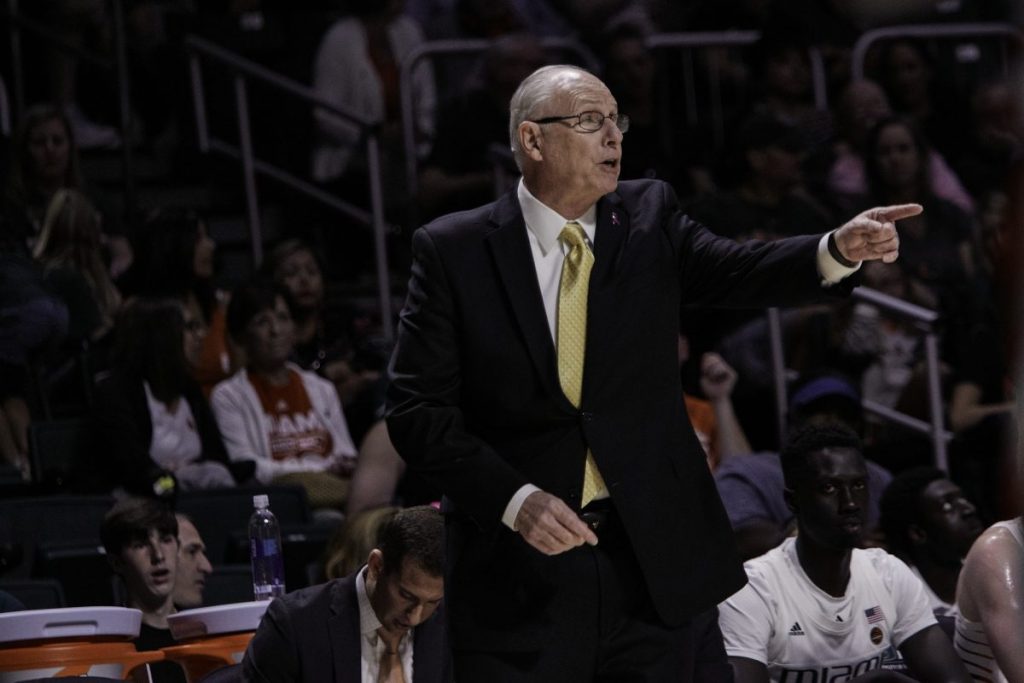 In the first half, redshirt junior Sam Waardenburg was the deciding factor, pulling in nine first half rebounds and seven points, leading the Canes in both categories.

“Thank goodness Sam Waardenburg had such a terrific first half,” Larrañaga said.

Waardenburg dominated on the glass and in the paint, finishing with a career high 11 rebounds and nine points.

“I just came out with that mindset, be aggressive,” Waardenburg said. “We have size this year, so that’s something that we definitely emphasize.” 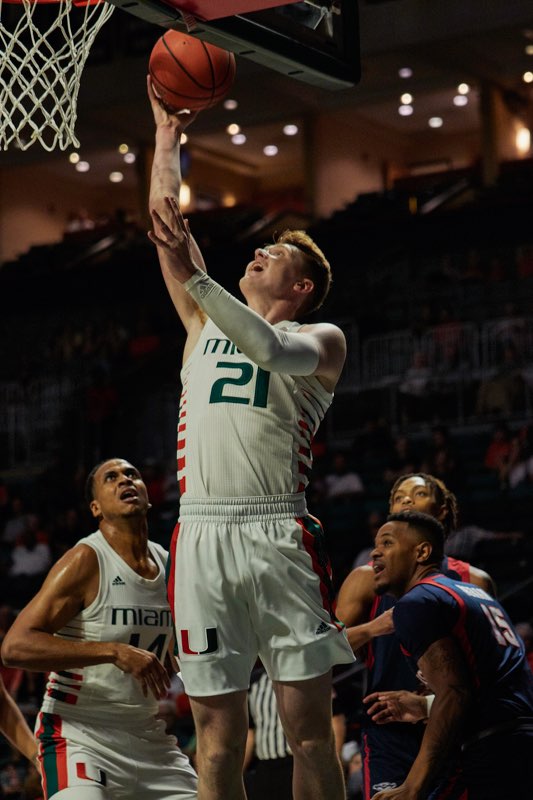 FAU stuck with the Canes for most of the first half. The Owls earned their biggest lead at 19-16, but Miami regained the lead on a layup and a jumper from Waardenburg with under seven minutes to go in the first half.

Two free throws and a jump shot off a caused turnover by center Rodney Miller extended the first half lead to seven and Miami continued scoring until the team went into halftime up 35-26.

Miami went up by 16 early in the second half thanks to six consecutive points from Lykes, but the Owls managed to cut the lead down to three with 10 minutes left in the game.

A combination of defensive rebounds, forced turnovers and fast break points helped put separation between the Canes and their opponent. 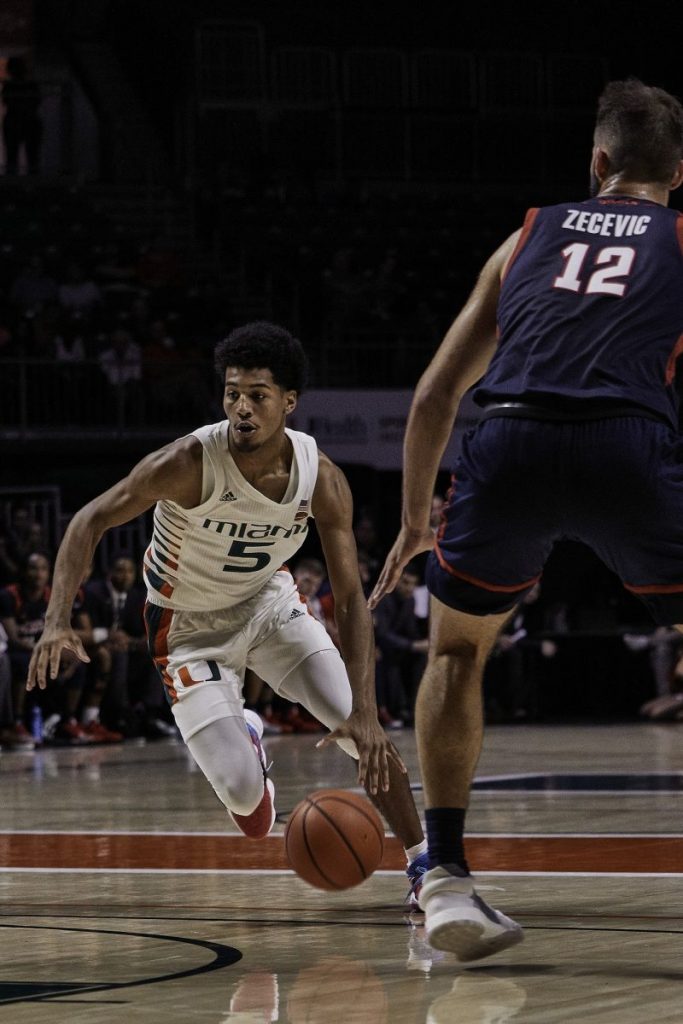 “Obviously they went on a run and this game is all about runs and it’s just how you react to that,” Waardenburg said. “It is good to see that we can fight that adversity.”

FAU committed 15 turnovers in the game, and Miami took advantage, scoring 18 points off the turnovers.

Chris Lykes led all scorers with 15 points, 11 of which came in the second half, while Harlond Beverly contributed 14 points and four rebounds. DJ Vasiljevic, who was held scoreless at halftime, finished with just eight points.

“It’s early in the season, guys are still trying to figure things out,” Larrañaga said.