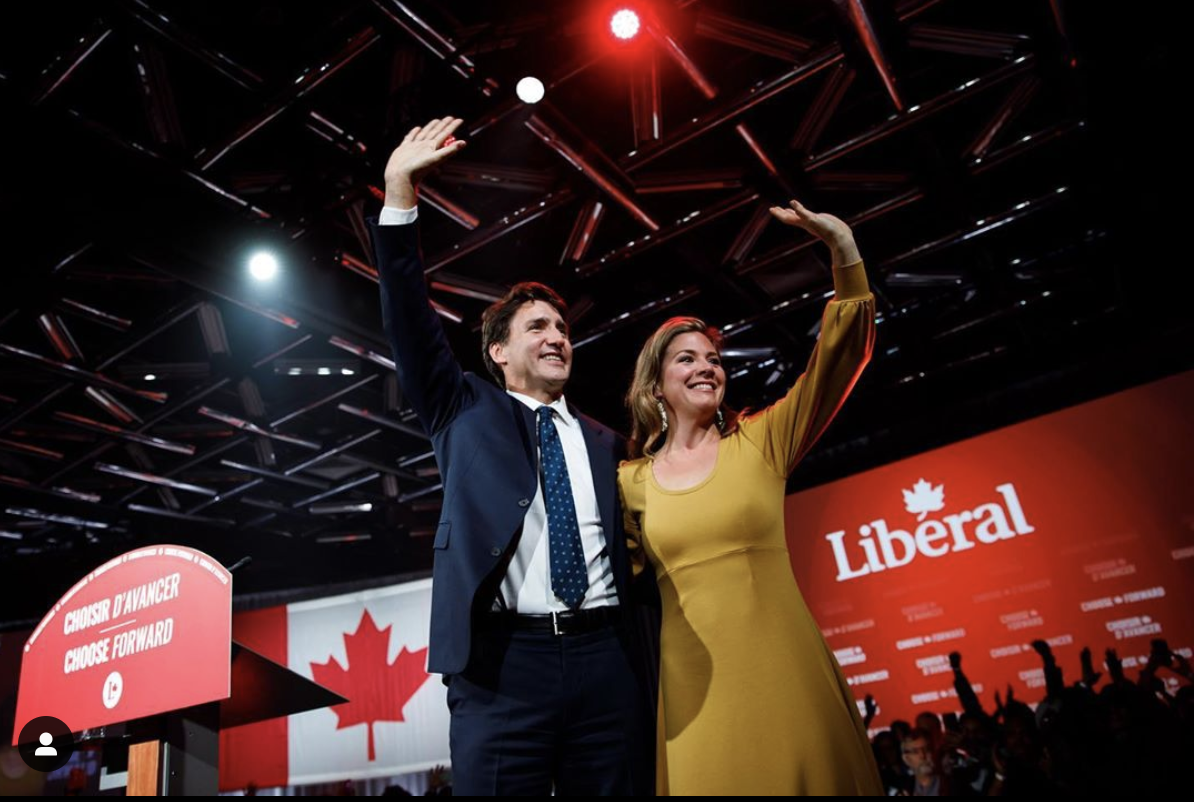 Thankfully, this isn’t literally the case, but it is the prototypical reason I give when people ask me— a red-blooded Canadian— why I care so much about American politics. Being from the great white north, I get a lot of questions about what it’s like being Canadian: Are Canadians really that nice? Is Tim Horton’s better than Dunkin? While entertaining, and while I enjoy the mostly positive light in which my home country is displayed around Americans, there is a bit of a less amusing and sometimes more heated discussion which occasionally arises when talking about my life as a Canadian: politics.

While I am well aware of the eye-catching, charismatic popularity of newly re-elected Prime Minister Justin Trudeau, things aren’t all rosy-red in Canada. I understand that yes, Trudeau is unusually good-looking for a world leader and that does indeed give him appeal both at home and abroad, youthful looks don’t solve political issues. Frankly, I think Trudeau leaves a lot to be desired. Does this mean I’d trade Trudeau for his American counterpart Donald Trump? Not a chance.

The point I want to make here is we have a duty to be aware of the issues affecting our neighbors. If you’re reading this, and you’re American, compose a little thought experiment to prove the point: Try to suggest a single political issue Canada faces right now. Understandably, this may prove to be difficult, as Americans are indeed painfully unaware of the issues outside their own country.

Further, I want to once again touch on the popularity of Justin Trudeau. He has redeeming qualities: He is a breath of fresh air, progressive, sensitive to social issues. But he too has his pitfalls. Perhaps above all else, he embodies some of the less flattering stereotypes of being Canadian: He gets pushed around, and most recently, he disavowed his commitment to racial issues after photos emerged of Trudeau dressing up in blackface on more than one occasion.

I understand the United States is bound by the shackles of divisive politics, but Americans must not allow their own contentions to blind them from the world beyond. Sadly, there is a disproportionate ratio of Canadians who are invested in American politics as opposed to the opposite.

On the note of bilateral participation in politics, I want to make note of the somewhat testy relationship between Trump and Trudeau. While it seems like Americans are far more interested in relations with countries such as Turkey, Russia and China, the relationship with their largest trading partner is often left in the dark.

While I watch from the foreground the smoldering of my neighbor’s house, I remember that this is but an era that which we will one day read about. While obscure and uneasy for many, I can rest assured knowing that I’ve done my duty in observing, participating in and learning from the American political landscape. The take-home lesson here is that not being able to vote in a neighboring country’s election does not preclude one from the shared political responsibility indelibly linked by a shared border.