Home » Women’s basketball to capitalize on experience, depth this season

Women’s basketball to capitalize on experience, depth this season

If last year’s season proved anything, it’s that the Hurricanes have the ability to play with the best teams in the country. Ranked No. 18 in the AP Preseason Top 25, Miami is looking to rebound from last year’s season ending heartbreak and play the way head coach Katie Meier knows they are capable of playing. Led by Beatrice Mompremier and surrounded by a mixture of youth and experience, Meier and her team look to take the next step this season.

Mompremier, a redshirt senior, has been showered with accolades all offseason and into the fall, most recently being named the Atlantic Coast Conference Preseason Player of the Year. Last year, she was an Associated Press All-American Honorable Mention and First-Team All-ACC and Meier is excited about what Mompremier will do this year. 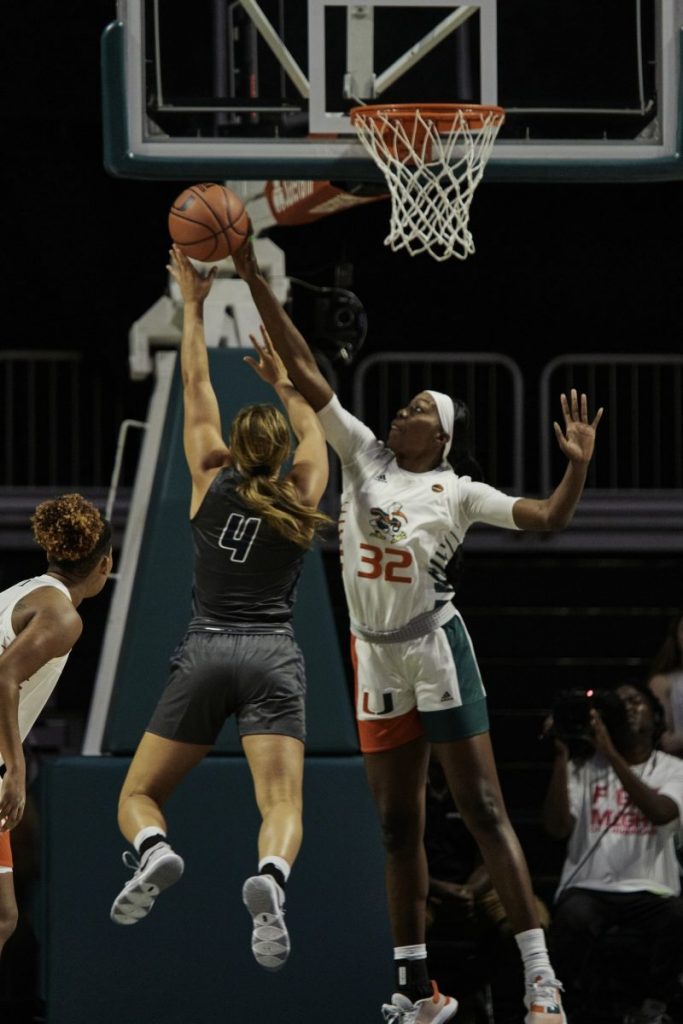 Meier and Mompremier both emphasized that the she is focused not only on expanding her game, but taking on a leadership role to ensure the success of the team.

“Last year, we had Laura and Emese, who were great leaders, but me being a senior and my last year, I’m more focused on finding way to improve our team and teaching the younger players,” Mompremier said.

The Canes are bringing in a large freshman class that will make both an immediate and long-term impact on the program.

“The freshmen are going to be very special,” Meier said. “Even though we return a lot, there is room for them. There are a couple of really special players in that class that are ready right away, and all five of them are going to be very impactful throughout their careers here.”

“I think [Kenza Salgues] is going to be very special, very high IQ. [Moulayna Johnson Sidi Baba] is that swing player, that utility player that has been very successful in our program as well,” Meier said.

Guard Yasmeen Chang, forward Brianna Jackson and center Sydnee Roby round out the first-year players for the Canes.

Meier assured that she will never have an issue with depth, but will instead look to make sure she is playing the right combination of players.

“There’s at least 10 to 12 players that you could say should start on my team, and they’re not all going to,” Meier said. “So that’s going to be my job as well to make sure that I get the lineups right.”

The Hurricanes open their season against Jackson State at 3 p.m. on Nov. 10 at the Watsco Center.