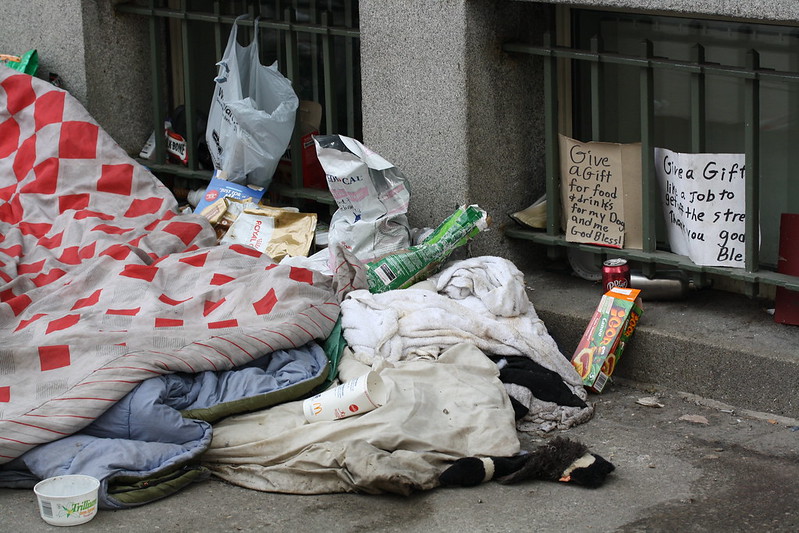 Would it surprise you to know that the state with the fifth largest economy in the world also has the highest homelessness population in the country? California, one of the most liberal and progressive places in the United States, has proven with its weak and inhumane attempts to combat homelessness that their left-leaning tolerance has a threshold.

Homelessness has skyrocketed alongside the rise of housing prices. According to the New York Times, San Jose counted a 42 percent increase in homelessness in the last two years, while Oakland reported a 47 percent uprise, and San Francisco and Los Angeles trailed behind with 17 percent and 12 percent respectively. Josh Rubenstein, a spokesman for the Los Angeles Police Department considers homelessness “the crisis of our generation,” and some people are pushing for the state to declare a state of emergency.

In addition to the rise in homelessness, there have been reports of increased drug use, open-air drug transactions and crime. Streets are contaminated with bodily waste, needles and syringes, resulting in concerns about environmental and public health. Frustrations with the unsafe conditions of public spaces have resulted in San Francisco’s residents installing boulders on sidewalks and homeowners in LA planting prickly plants. In an effort to deter homeless individuals from occupying the streets, Californians are doing away with their humanity in exchange for a superficial fix for a crisis that will only continue to worsen.

The LA Times reported over the last five years that deaths on the streets have risen 76 percent in LA and 75 percent in Sacramento. Violence by homeless individuals is on the rise, as well as violence against them. In LA in August of this year, three men used a pipe to beat a 59-year-old man to death. Homeless encampments throughout the state are routinely subject to violence and anger. While the question of public safety is one of utmost importance, the public’s current method of vilifying those whose livelihood is already compromised does not address fundamental drivers that push people to the streets.

In San Francisco, the “Yes in My Backyard” movement is calling for more affordable housing development, and earlier this year, the group sponsored State Senator Scott Wiener’s Senate Bill 50, a zoning bill that would up zone single-family housing lots for developers to build duplexes, triplexes or fourplexes, especially targeting areas along transit routes.

The bill was opposed by the NIMBY group, as well as the LA City Council. It seems like the general public, social-activist groups and the government itself is divided amongst themselves, contributing to the lack of substantial efforts to undertake the housing issue.

“Cleaning up” the streets is a short-term approach that does not prevent individuals from turning to the streets in the first place. Dumping buckets of water on homeless people, installing bench dividers to prevent people from sleeping outside and boycotting homeless shelters are inhumane and cruel methods of deterring people from residing on the streets. Criminalizing poverty will not stop people from being poor.

As the state searches for a solution, the general public should be reminded that castigating homeless individuals is a human rights issue. The people who eat, sleep and live on the streets are not happily choosing to do so.

The fundamental drivers that push people to the streets are more controversial and laborious to solve, but passing policies to create more affordable housing is crucial. Rev. Andy Bales of the Union Rescue Mission shared with Forbes, “The longer we leave people on the streets the more danger all of us are in.” If California wants to live up to the diverse, accepting utopia that it presents itself to be, it’s time it starts taking the actions to do so.