Protesting for ‘justice and dignity’: ABM workers march down campus

University of Miami facility workers took to the streets Friday, Nov.1, speaking out against their employer, ABM. The company, whose motto is “Building Value,” has recently come under scrutiny by the workers’ union, which claims that employees are overworked due to understaffing.

According to many workers, the distribution of janitorial duties is grossly disproportionate to the current number of employees. But despite pleas to hire more staff, ABM has yet to comply to the workers’ full demands. 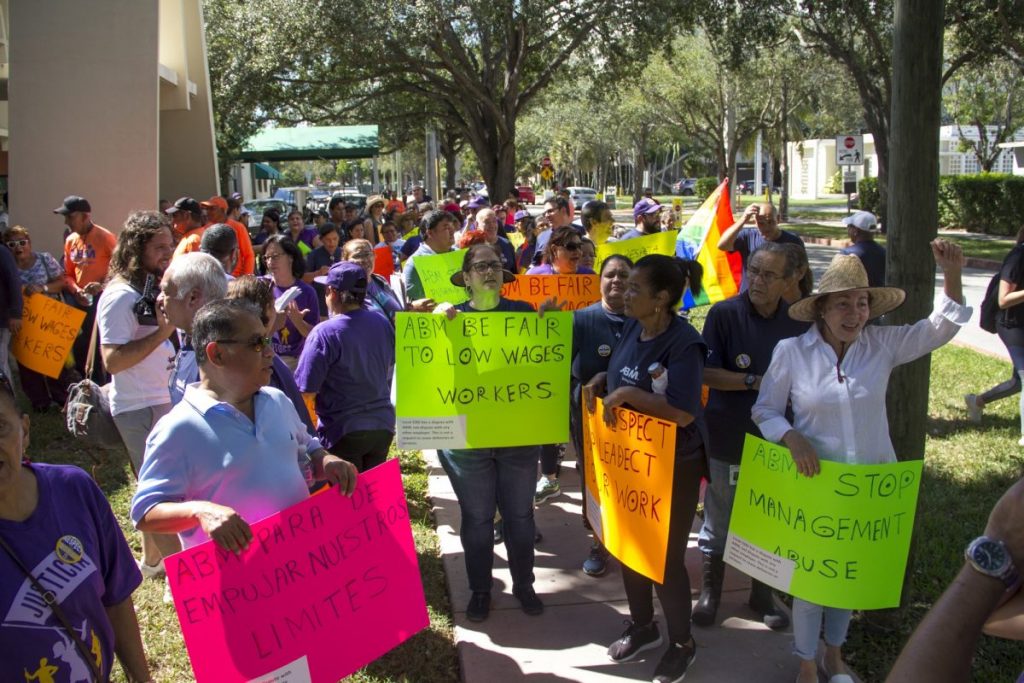 Employees marched down Stanford Drive chanting, “Si se puede,” or in English, “Yes we can,” motivating their co-workers to take action.

ABM employees were not alone in their demonstration. Several students and UM faculty members were there to support the ABM staff. The protest was also staged in the hopes of sending a message to the university, which has yet to intervene. 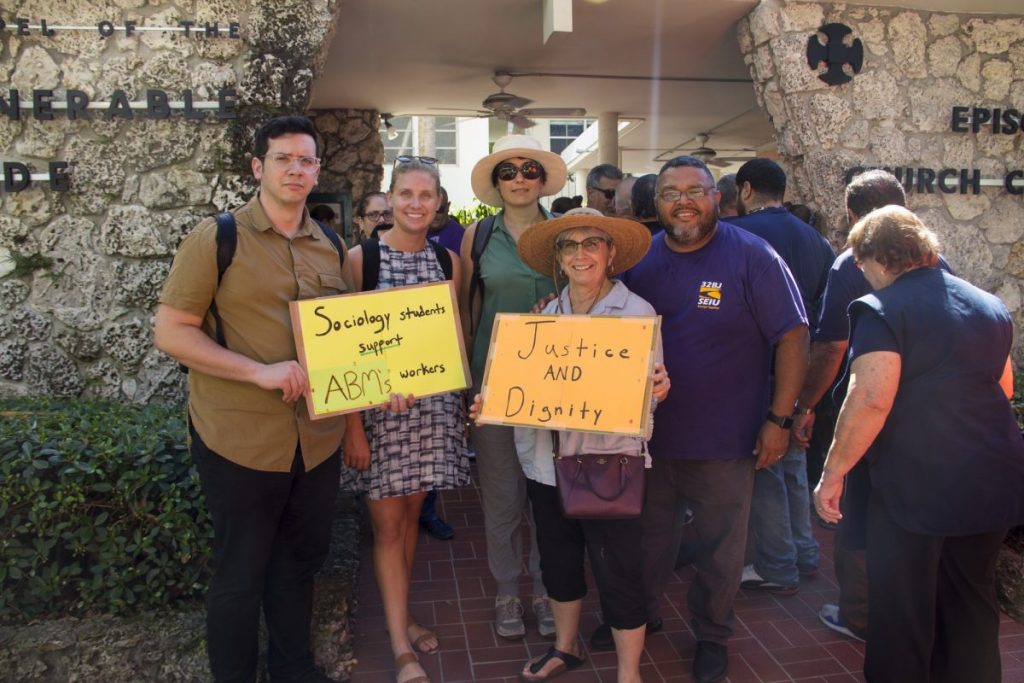 The protest took place at noon and lasted one hour, starting at the Chapel of Father Frank on campus and ending along the side of U.S. 1. Many protesters held up homemade posters and signs reading “ABM stop pushing us to the limit,” “Justice and dignity” and “ABM, respect our leaders and work.”

“ABM! Listen! We are in the fight!” was shouted by the group in Spanish throughout different points of the protest.

Naomi Feinstein contributed to the reporting of this story.