Every year, college media groups from across the country come together for the College Media Association conference. Hundreds of students gather for four days of media-related activities–– listening to famous speakers, attending workshops, having their work professionally critiqued–– and spend their free time enjoying the surrounding area.

This past weekend, several University of Miami student publications took part in the conference, held this year in the nation’s capital. In addition to gaining insight for future productions, the CMA recognized the dedication UM students have for their work in the highly anticipated Associated Collegiate Press Awards ceremony. 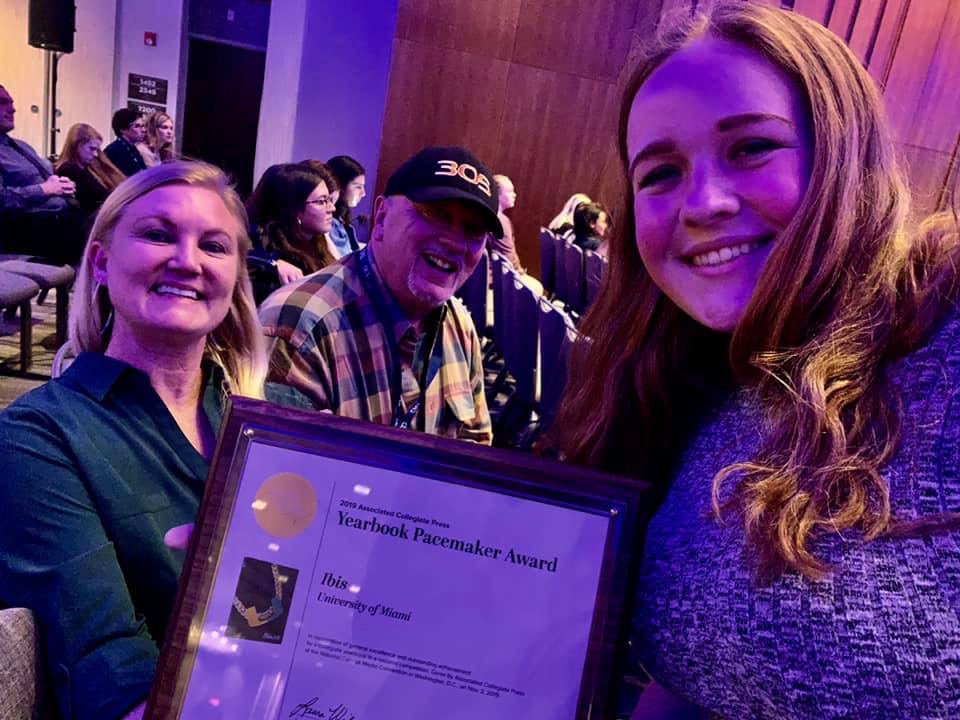 Distraction and Ibis stood out among the university’s media outlets, coming home with a total of 16 awards: eight individual ACP Awards, seven CMA Pinnacle Awards and two ACP Pacemakers––a prestigious accomplishment only granted to the most preeminent in college media.

For junior Isabella Vaccaro, the magazine’s current editor-in-chief, these awards validate the hours of hard, creative work she puts into Distraction.

“We’re able to come back to campus and show that Distraction is more than a publication for UM,” said the journalism student. “We’re a publication that holds its own among other publications across the country.”

“It’s always really amazing that we are able to be recognized at a national platform,” said Distraction co-art director Marissa Vonesh, a senior in the university’s Plus One Scholars program. Vonesh, a history and journalism double major, has been involved with Distraction since her freshman year and previously served as the editor-in-chief.

Ibis, notorious for being an award-winning publication, lived up to its reputation once again. Placing in four different individual ACP Award categories, it stood out most to judges in the Design of the Year bracket, winning first place for the Yearbook Page/Spread award. Ibis also received two ACP honorable mention, five CMA Pinnacles and placed as the overall finalist for the 2019 Yearbook Pacemaker award.

“It just sheds light on how hard everyone works in Ibis,” said editor Karina Sloan, a senior majoring in communication studies. “We win awards every year.” 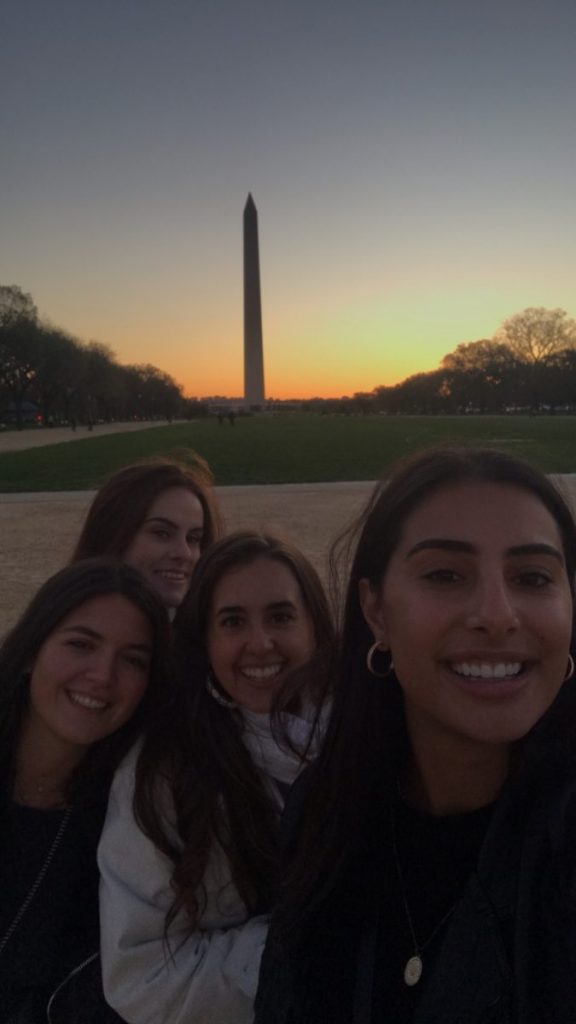 The staff of UM's art magazine, Distraction, pose for a selfie in front of the George Washington Monument. Photo courtesy Isabella Vaccaro

Sloan has been involved with the yearbook since last year and will take on the role of editor-in-chief for the fall 2020 issue.

Graduate accounting student Jorge Chabo has worked with both Distraction and Ibis for the past four years. As a member of the business school, he enjoys dedicating himself to work so different from what he studies.

“Every year they win awards, and every year I want to come back to work for them because I know it’s so well done,” he said.

Being surrounded by an array of talented media groups at the conference motivated and inspired several of the students.

“On campus, we like to think that Distraction is the best magazine, but when you come to these conferences, it’s humbling to see how amazing other colleges’ magazines are,” said Vaccaro.

Vonesh similarly enjoyed being around other student media organizations and was also inspired by the various keynote speakers.

“It really affirms what I do as both a writer and a designer,” she said.

For Ibis, the dynamic of both serving as an example to other yearbooks and learning from the productions at the conference was unique, according to Sloan.

“To see the energy of so many different publications that work so hard and being a publication that people look up to, it just inspires me to work harder,” she said.

The Miami Hurricane was also nominated as a finalist for the 2019 Newspaper Pacemaker award. It received an honorable mention for the prize.

Correction, Nov. 8, 3:25 p.m.: This article previously misspelled a source’s name and described Distraction as an art magazine, when it is in fact a student lifestyle magazine. The article has been updated to reflect these changes.