For the past 15 years, Blanca Quebredo has worked at the University of Miami sweeping floors, taking out trash bags and scrubbing showers. Wednesday through Sunday, she clocks into work for a full shift of hard manual labor, knowing that the responsibilities of her job cannot be entirely fulfilled. Her current employer, ABM, is contracted by the university to maintain all of the facilities across campus. Recently, Quebredo and her coworkers reported feeling that ABM does not respect their fundamental rights as employees.

Quebredo explained that overtime, many employees left ABM, causing the workload for janitorial staff to increase drastically. Workers feeling abused by the company decided to form a union against the facility management provider, believing that the operations are inefficient and unfair.

“They overload us,” she said. “And we don’t agree with it.” Quebredo herself has felt the burden of her job grow after taking on the duties of a colleague, Maria Elena, that left her position six months ago. Quebredo is only one of many employees taking on the responsibilities of others. According to her, there is an imbalance between the amount of facility work that must be completed and the current number of ABM workers.

On Wednesday, Oct.16, a meeting was conducted between the ABM staff and their management. The company asked for a one-week extension to decide whether or not to comply with the workers’ demands to hire more employees. Then Wednesday, Oct. 23, ABM released its decision to only partially assent to their request for a greater labor force at the university. According to the union, they decided to hire only two additional full-time workers––a number significantly less than what the union was expecting.

As a result, the workers decided to conduct a protest. 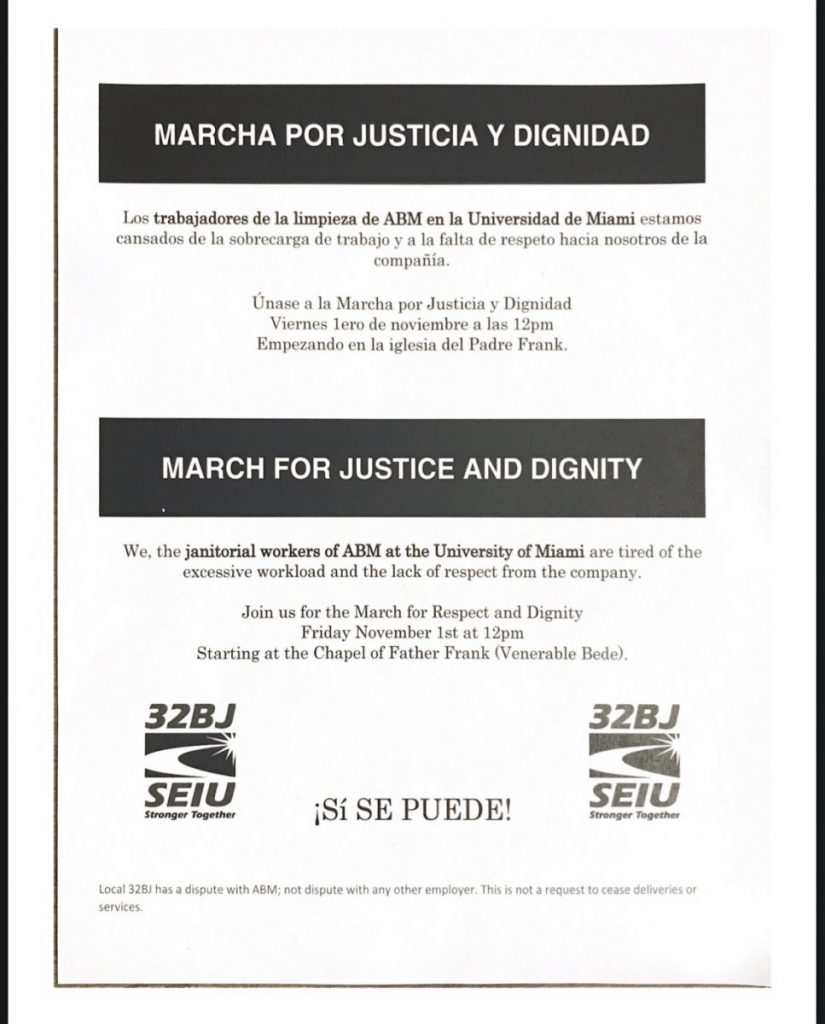 A flyer outlining details for the protest was found distributed around campus. Photo credit: SEIU

Janitorial workers of ABM began their protest on campus at the Chapel of the Venerable Bade Friday, Nov. 1, at noon. The protest, sponsored by the Service Employees International Union, is called “MARCHA POR JUSTICIA Y DIGNIDAD” or “March for Justice and Dignity.” ABM workers would like students, staff and management alike to know that they are taking to the streets.

“We are peacefully protesting in the name of justice for workers, so they don’t mistreat us by making us do the work we didn’t sign up for,” Quebredo said.

Task delegation is the primary concern for workers. They believe that there is too much work that is inefficiently allocated among the staff. One worker, who wished to remain anonymous, stated, “we do not have enough time to finish our work,” and “one person cannot do three, four, five things at the same time.” 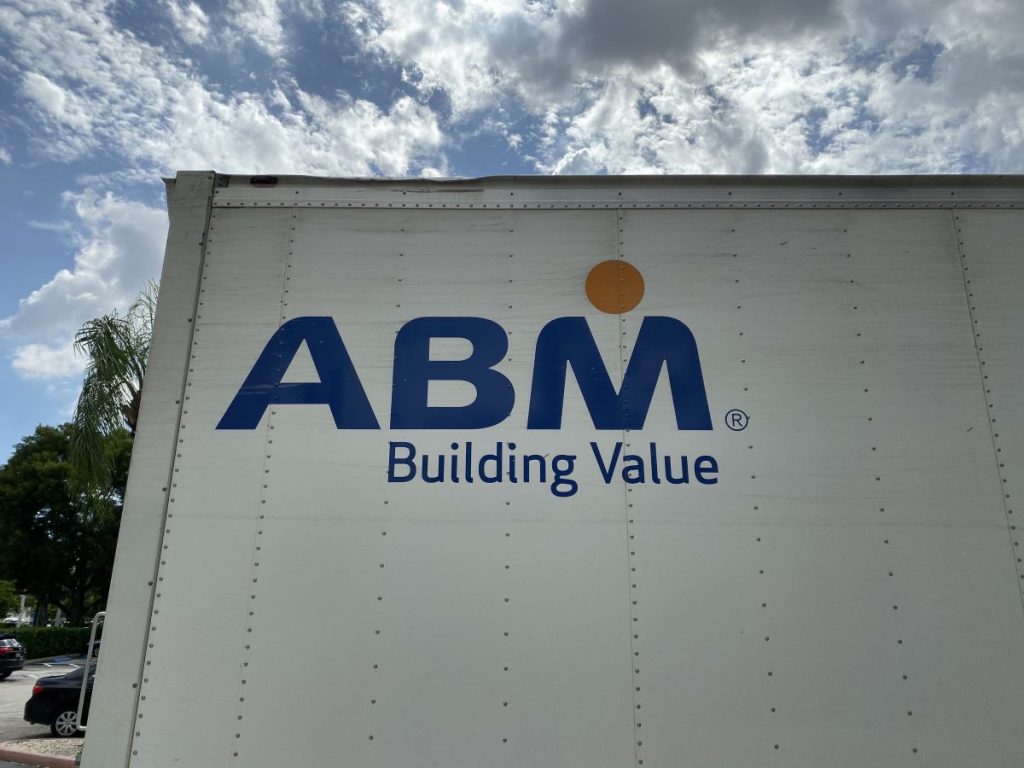 Janitorial employees at ABM are protesting the company's failure to meet their demands for better treatment and a larger staff. Photo credit: Jared Lennon

Quebredo said she believes that this is a multifaceted problem that not only affects the well being of workers but students as well.

“We want the students to know that if a good job is not being done with keeping the university clean, it is not the fault of the workers because the workers want the best for the students, they deserve the best,” she said.

Another anonymous janitorial worker operating in the residential colleges said, “It’s been two weeks since the Stanford showers have been clean.”

Quebredo called out UM for their complacency on the whole situation. “The university has such little respect for the fact that we are also human beings and that we also have rights and deserve a normal life,” she said. “The university is not giving any solutions. The company does what it wants, and UM doesn’t say a thing.”

Several workers expressed their desire for UM administration to pressure ABM to meet the workers’ demands.

UM administrators have not yet responded to comment on the protest and the employees’ grievances.

Before turning to ABM, UM contracted its janitorial services from a Boston-based company, previously known as UNICCO, now called United Group Limited. Janitors at the time went on strike between Feb. 28 and May 3 of 2006, demanding that their employer pay them a better wage, grant a better insurance plan and facilitate better working conditions at the university. In partnership with the SEIU, the workers and UM students protested until they received a positive response from the university.

Former president Donna Shalala released a statement that March urging companies to set higher pay standards, which resulted in a raise for employees.

The salary ABM workers currently make essentially covers being able to eat and live, according to Quebredo.

Despite expressing dissent for their working conditions in 2006, Quebredo said, “We’ve never been through a situation like the one we’re going through right now.”

She wants to emphasize the importance of having support from the students and professors that have been so helpful in giving the workers the voice they need. She said the union hopes that even if the university will not listen to the employees themselves, maybe they will listen to the complaints of others who can see what is wrong and how it can be made right.

Alicia Novoa contributed to the reporting of this story.

Correction, Nov. 2, 7:20 p.m.: A previous version of this article incorrectly referred to the demonstration as a strike. The article has been updated to reflect that it was a protest, but not a strike.