The 2019-2020 season is officially underway for the Hurricanes men’s basketball team, as Miami defeated Flagler 86-65 in an exhibition game Wednesday night at the Watsco Center.

Transfer Kameron McGusty from Oklahoma, who sat out last season in accordance with NCAA transfer rules, scored the first basket for the Hurricanes in his debut.

“Kam sat out all last year and really worked hard on his game, I know he was excited to get started,” head coach Jim Larrañaga said. “[He] was able to get into the lane and score. We hope he can keep that up.” 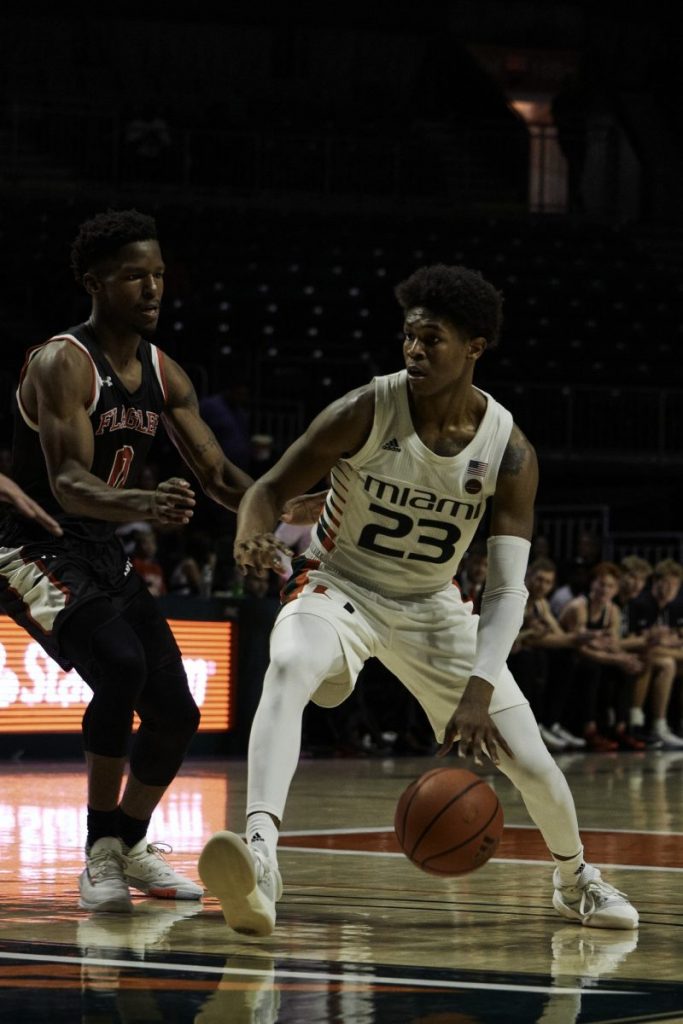 McGusty led the team in scoring with 20 points in a very impressive performance, shooting 8-13 from the field and 3-4 from the free throw line.

“I’m blessed to be here, blessed to get another chance to play basketball and I’m just glad to be back on the court with everyone,” McGusty said. “After the first five minutes I thought [Rodney Miller] was going to have the hot hand, but my name was called and I just stepped up and did what I had to do.”

Freshman Isaiah Wong, Harlond Beverly and Anthony Walker are expected to make an impact off the bench for the Hurricanes and all checked in following the first timeout of the game. Beverly made an immediate impact, scoring a layup on his first shot attempt, assisting on a three from DJ Vasiljevic and then scoring on a jump shot. Beverly finished the game with 10 points, seven rebounds and three assists. 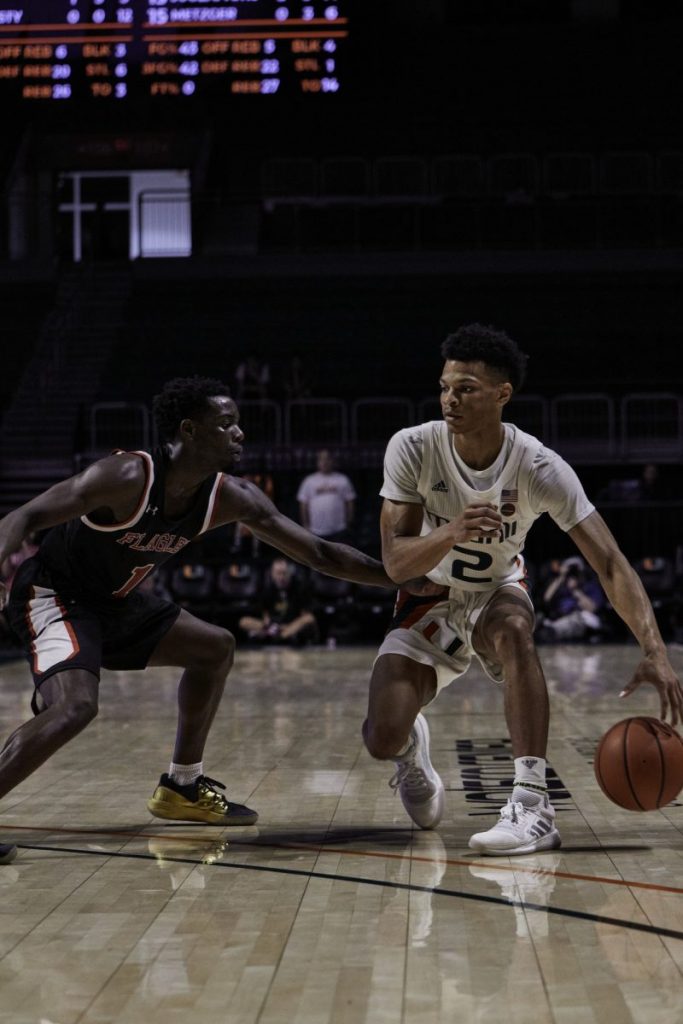 Deng Gak returned from a knee injury in style, throwing down a two handed alley-oop slam with just over 10 minutes left in the first half. Gak finished the game with four points and five rebounds.

“Deng Gak has been getting healthier and healthier, so we wanted to give him some minutes,” Larrañaga said.

Rodney Miller Jr. connected on a layup as time expired to take the Hurricanes into the locker room with a 47-26 point lead at halftime. Miller led the Hurricanes with 10 points in the first half and finished the game with 16 points and five rebounds.

“If you noticed, he’s got a beautiful left handed and right handed jump hook,” Larrañaga said. “Had they not had a five man who shot the three he probably would have played considerably more.”

Returning point guard Chris Lykes had a quiet night, shooting 1-2 with four points in just under 12 minutes played. Lykes was second in scoring in the ACC a year ago with 16.2 points per game. Lykes playing time was limited with a leg contusion, but he is expected to play on Tuesday in the team’s regular season opener. 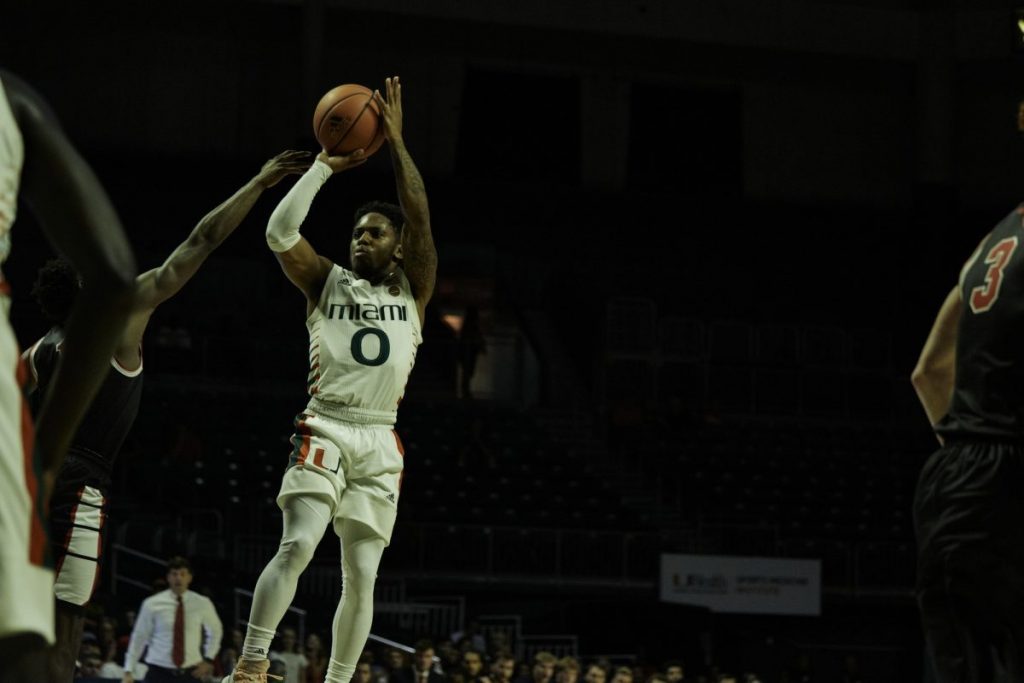 Flagler cut the deficit down to eight in the second half and Gedi Juozapaitis led the Saints with 14 points.

The Hurricanes went on a 12-0 run to regain full control of the game starting at the six minute mark of the second half, led by McGusty.

The Hurricanes will start the regular season at home against Louisville on Tuesday Nov. 5.