With only 12 active players, the club water polo team struggled to gather enough numbers to compete in its’ first tournament of the season.

Earlier this month, the Canes traveled to the University of Central Florida. Facing an unlikely situation, the other teams decided to loan the Canes a few players. 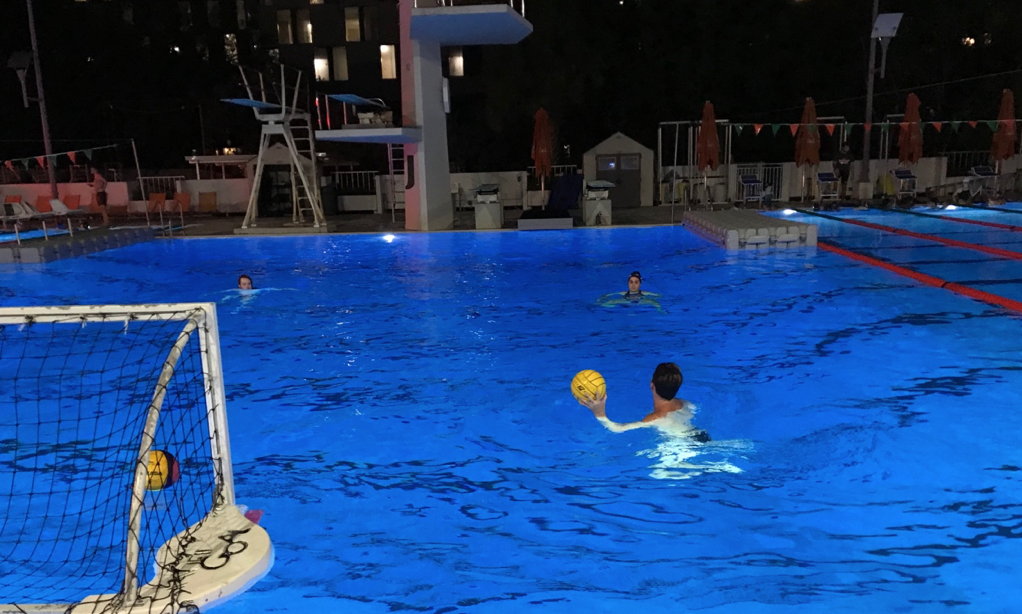 Despite the small numbers, team captain Heidi Zirnkilton was satisfied with her team’s performance.

“It went really well,” Zirnkilton said. “That [the lack of numbers] was a little bit of a struggle for us, but I think it went pretty well for our skill.”

The Canes went on to finish the tournament with one win. They lost two close games, including one to the seventh ranked UF-A team. While the results were positive, the team is still taking precautionary measures.

“We have to be careful about not wearing ourselves out. We only have so much energy,” Zirnkilton said. “We can’t swim the whole pool a bunch of times, so we have to be very careful with our ball handling. We make every play as efficient as possible.”

This weekend, the team is headed to the University of Florida to compete in the state championship tournament, where it will compete against much larger squads.

“I’m really hoping that we’ll be able to get at least fifth,” Zirnkilton said. “I have high hopes, but we’ll see.”

As for garnering more numbers for the Canes, Zirnkilton urges people to be open minded.

“We probably had four people join this year who’ve never played the sport, maybe even more,” Zirnkilton said. “Just try it. It’s really fun. We’re really nice people. It’s definitely different than what most people expect and what most people are used to playing.”

The Canes will get an opportunity at a rematch, when they open the state tournament by taking on the nationally ranked UF-A team Saturday, Oct. 26.

UM’s online classes are not a viable option for students
Event hosted at UM aims to boost OCD awareness, increase access to treatment