This past week, thousands of people all over the world were marching against the current political situation in Lebanon. On October 20, 2019, informed citizens in the South Florida area took to the streets of downtown Miami to express their dissent through protest.

Lebanese citizens are standing against government corruption and economic regression that is drastically affecting their living and working conditions. As a response, Prime Minister Saad Hariri proposed a list of reforms to the Cabinet that were later approved, but protestors do not believe these changes are sufficient.

Tarek Ghaddar is a Lebanese-American senior at the University of Miami who attended the protest over the weekend. Ghaddar, although born in New Hampshire and raised in Florida, lived in Lebanon for his middle school and high school years and later moved to Florida for college.

“The reason why I went to protest is because it breaks my heart that I’m not there with my countrymen that are rising up and demanding their basic human rights,” said Ghaddar, who is a biochemistry and English double major. He highlighted the amount of people who attended the protest.

“Most of them were young, a lot of them were women,” he said. “This is a multi-gendered, multi-ethnic, multi-religious operation that’s going on in Lebanon. Everyone is working together, mostly through social media.”

It seems that the role of social media in these protests has been very important to students involved. A junior majoring in advertising and management, Maya Abdelnour, participated actively in the protests and called the worldwide movement for Lebanon a “social media-led revolution.”

There were not only people from Lebanese heritage— citizens of a myriad of Arab countries came together. An international student from Saudi Arabia, Lama Alfadl, attended the protest to show solidarity for her Lebanese neighbors.

“The Miami protest displayed unity between the Lebanese citizens, and it showed that no matter what religion you support, the safety of the country of Lebanon comes first,” she said. “As an Arab, this protest showed the ways the Arabs form to become one.” 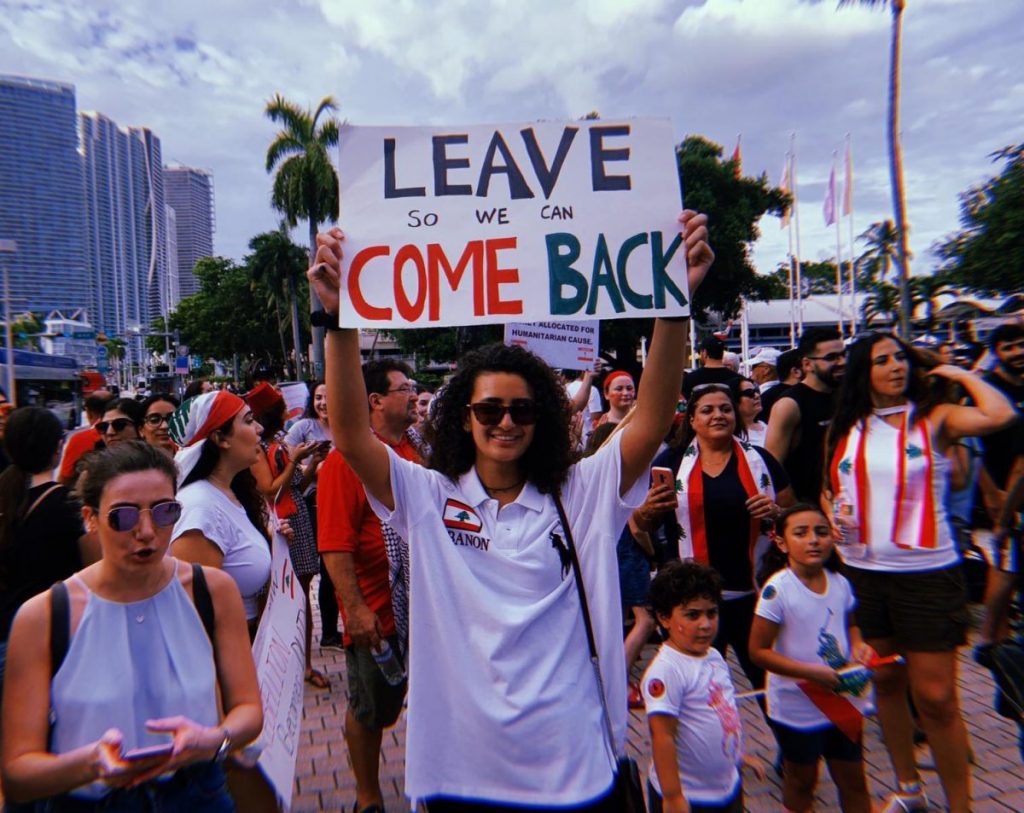 Lebanese-international student Maya Abdelnour raises her sign with a smile as she protests against her home country's government. Photo courtesy Maya Abdelnour

The three aforementioned students all spoke about the role of religion in the Lebanon crisis, and Ghaddar said he believes religion to be a major issue in the divisiveness of the country.

“We don’t want sectarianism,” he said. “We’re stronger when we’re together, when we’re united, not when we’re divided by religion.”

Abdelnour, an international student from Lebanon, shed a light on the fact that religious divide is prevalent throughout the whole Middle East. However, she said she was content to see that rhetoric change while keeping up with the protests.

“Seeing Islam and Christianity unite was one of the most beautiful things I’ve ever seen, and it has truly made me proud to call myself Lebanese,” Abdelnour said.

Alfadl, a computer science major in her first year at UM, also described the protest in a positive light and emphasized the harmony she felt.

“It was filled with laughter and joy,” she said. “It was spreading positivity between the Lebanese people.”

While Abdelnour said the protests in Miami were a great way for her to vocalize her beliefs, she would rather be in Lebanon with her family and friends.

“I’d be sitting in my classes, but my heart and soul is on the ground with the people in my country, as they peacefully protest for a life they truly deserve,” Abdelnour said.

Abdelnour reported that over 200 Lebanese expatriates, most of which were youth, came together in downtown Miami that Sunday to bring this revolution to an international platform and to bring awareness of their oppressive government.

“People are fighting for a promising future after our corrupt government previously lied to us, failed us, forced us to immigrate, stole from us, and starved us,” she said.

She urged young people to get educated and get involved.

“Students at UM need to pay attention because there are so many empowering themes that humanity can learn from,” said Abdelnour.

The second Lebanese protest will be held on Sunday Oct. 27, 2019 at 4 p.m. at the Torch of Friendship monument in Downtown Miami. 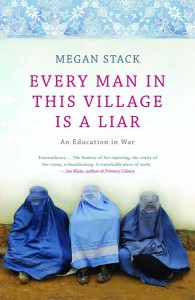