Moses Shumow, an alumnus of the University of Miami School of Communications and a former professor at Florida International University, died Tuesday after being hit by a commuter train in Beverly, Massachusetts. He was 42. 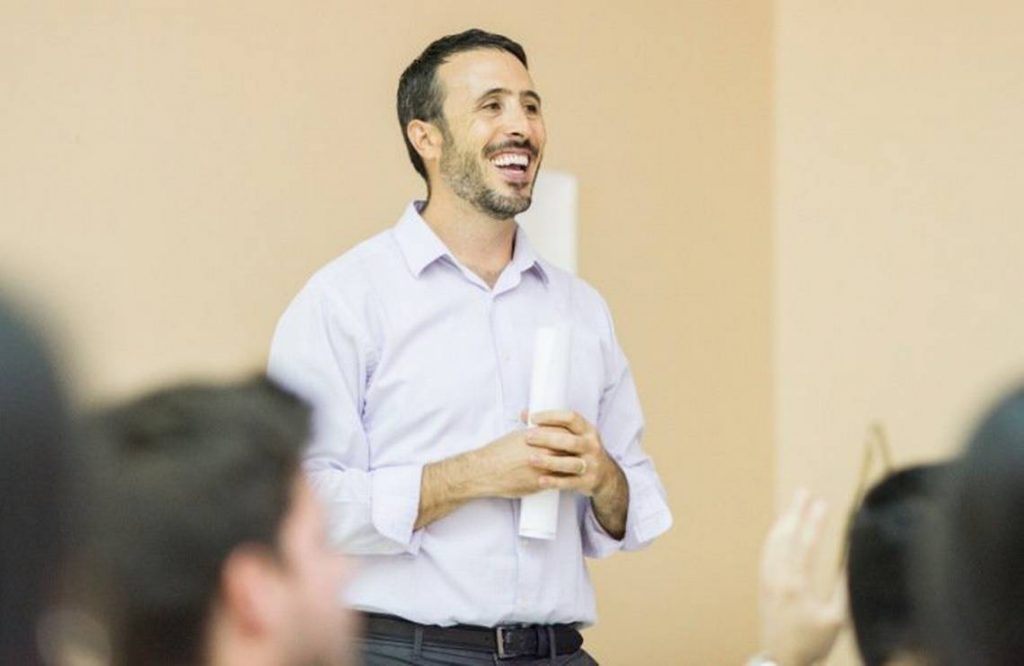 According to published reports, Shumow, who recently began teaching at Emerson College, was riding his bicycle in the pedestrian lane in the Boston suburb when he was struck and killed by a Massachusetts Bay Transportation Authority commuter train. The accident is still under investigation.

Shumow had just become an associate professor at Emerson, where he received his master’s degree in broadcast journalism in 2001. He later earned a doctorate in communication from UM in 2010.

UM SOC faculty who worked with Shumow struggled Wednesday with the suddenness and shock of his death.

Karin Wilkins, the new dean of the SOC, sent an email to inform faculty and staff of Shumow’s sudden passing. The message described the respect held by faculty for Shumow’s scholarship and community activism.

He was “a stellar student while with us at the University of Miami, but he was also a talented television/film producer, communication scholar, engaging teacher, community activist, and dedicated father and partner,” Wilkins said.

Sallie Hughes, an associate professor in the Department of Journalism and Media Management, served as chairwoman of Shumow’s dissertation committee.

“Moses was an engaged scholar and journalist deeply committed to social justice,” Hughes said. “It permeates everything he did. He was my student, but became my teacher and inspiration.”

Shumow, who taught at FIU following his graduation from UM, returned to the SOC in March 2017 to host a screening of the social documentary, “Liberty Square: Power, History, and Race in Miami,” which he produced.

Shumow wanted to tell the stories of some of the residents who lived in Liberty Square, which was the oldest segregated public housing project in the United States. Liberty City Rising, a $46 million development plan, is reviving the area and bringing better affordable housing options to residents. The first phase of this plan demolished 73 old units, bringing 204 new homes to the area.

“As journalists, we have a responsibility to move beyond the headlines and try to tell stories that have a greater sense of empathy toward poverty and race,” Shumow had said in a feature story posted on the SOC’s website prior to the screening.

Journalism professor Sig Splichal hosted the screening for his “Seminar in News Ethics and Problems” class. It also drew an audience from the wider campus and Miami communities. It was a privilege to show the documentary, Splichal said.

“He was a wonderful student and the world needs more like him both as a professional and human being,” Splichal said.

SOC professor and award-winning documentarian Sanjeev Chatterjee worked with Shumow and participated in the screening.

“Moses was more than special,” Chatterjee said, who lauded Shumow’s passion for social justice. “He will be missed by many around the world.”

Shumow is survived by his wife, Rose, also a UM alumna, and their three children, Lola, Harry (“Gus”) and Ruben.

Friends have set up a “Go Fund Me” fundraiser for the family at www.gofundme.com/f/come-together-for-the-shumow-family.