Students around the country who are planning to attend law school will now have to prepare for a fully digital Law School Admissions Test, a change made in July of 2019.

Digital exams can be administered on a wider scale and have the ability to deliver scores faster, according to LSAT officials. Currently, there are a few other well-known standardized tests that are offered digitally, including the GRE and the GMAT.

In July, the Law School Admissions Council performed a field test where they administered half of the exams on digital tablets and the other half on paper. According to their report, the “field testing has shown that test-takers find the digital LSAT very easy to use.” 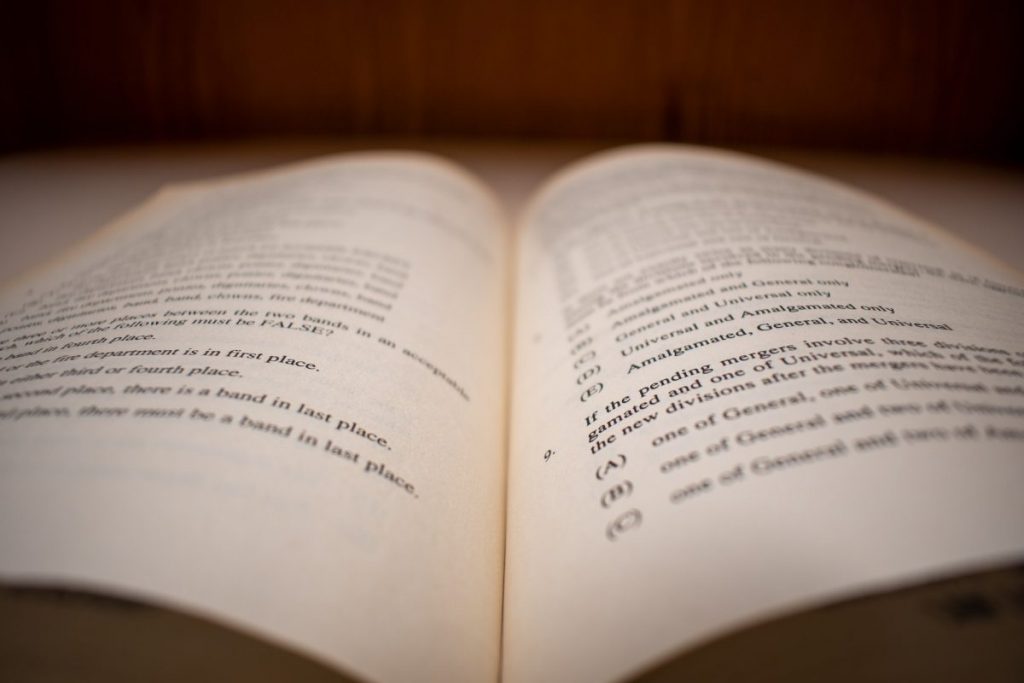 Rather than print study guides, many students are opting for digital practice exams to prepare for the now-digitized LSAT. Photo credit: Jared Lennon

The council also reported that aside from the means of administration, the content and structure of the exam is the same as before. There are still four sections: logical reasoning, analytical reasoning (also called logic games), reading comprehension and writing.

But despite the promise of innovation, UM students have differing thoughts regarding the LSAT change.

Dalya Oprian, a senior majoring in political science and marine affairs, took the LSAT when it was first administered digitally in September.

“I don’t mind the shift,” she said. “It only made the reading comprehension section harder because you cannot annotate or see the whole passage.”

But that’s not for lack of trying. When Oprian tried to work on the digital writing section about a week after completing the rest of the exam, technical difficulties arose.

“The prompt did not load properly and when the timer started and I had to call tech support,” she said.

In regard to the difficulty of the exam, Oprian does not anticipate a major impact on her scores as a result of the medium of administration.

“I honestly don’t think it matters because the test is hard regardless, and we are so used to doing things on screens now that I don’t think it makes that much of a difference truly,” she said.

Sy Lam, a senior majoring in legal studies, is currently applying to law school. He took the LSAT on paper twice and is now planning on taking the digital version. Lam said he sees benefits and detriments to the change in the median.

“I like being able to write, especially in the logic games,” Lam said. “I like to be able to draw them out and organize my thoughts on paper. But in other terms, sometimes the papers are super thin and can get stuck together which is super annoying.”

Now, Lam is preparing for the digital LSAT, doing practice exams online. However, he said he would still rather use the paper version.

“I’ve been studying the paper exam for a couple of months now, so I prefer the paper version,” he said. “Another good thing about it is that I like the ability to easily look at the passage and after looking at the passage you can look at the questions, and you can skip questions too. It’s not that simple on the tablet form.”

Lam said he does not believe that this was a good change.

“If you’re looking at the legal profession, a lot of times you’re going to be dealing with paper more,” he said.

Redmond Willis, a senior majoring in economics and political science on the pre-law track, is planning to take the digital LSAT soon and had his own criticism.

“The software isn’t there, the system isn’t up to date, so it leads to a very glitchy and not seamless process for those taking an extremely stressful exam,” said Willis, who reported feeling nervous about the potential mishaps that may occur because of the tablet.

“Imagine you are taking this exam and your iPad starts to glitch up on you. Imagine trying to adapt yourself to use this technology for this stressful test,” he said.

Due to a rapidly globalizing society, Willis hypothesized that all modes of testing will eventually become digital.

“I think we’re in a transitional phase that is going to be actively detrimental to everyone taking the exam now,” he said. “I think this is a required step forward to advancing the exam. Eventually, it needs to be digitized one way or another whether now or five years from now.”

But Willis said he believes that there are still positives to the digital exam.

“It represents ease of evaluation and not having to wait a month to hear back your score when it can be calculated ASAP. It renders an easier simplified process of collecting the exams and ensures security not being tampered,” he said.

A current law student, Catalina Rodriguez, said she believes the transition was unnecessary.

“There’s something nice about being able to write, cross-out and annotate on paper,” Rodriguez said.

Many students, including Rodriguez, find solace in the ability to have a physical form in front of them.

“I took the LSAT years ago and the writing aspect was the most helpful for me,” she said. I feel like if I was applying to law school today, it would make me reluctant to take this test.”