Last Friday, Oct. 11 was National Coming Out Day, an LGBTQ+ awareness day emphasizing the important role that proudly being “out” plays in activism. While UM hosted an array of events– from LGBT Trivia Tuesday at the Rathskeller to an LGBTQ center-hosted Fan zone at the UM v. UVA football game– The Miami Hurricane wanted to get more personal and focus on telling the stories of UM’s queer students.

Caleb Sun, who identifies as gay, is a junior majoring in psychology and the youngest of four children. Though he embraces his sexuality now, it has not always been that way.

Sun described his younger self as homophobic. He was largely influenced by his Taiwanese parents’ conservative religious values, which taught that being gay was a sin. 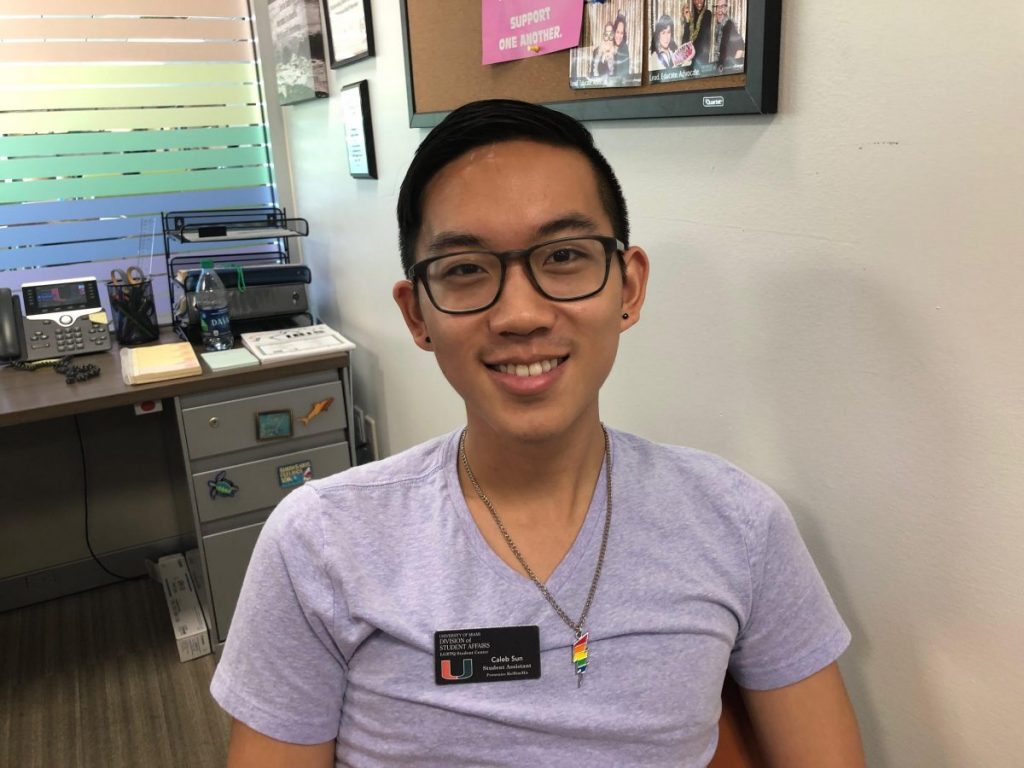 “[Realizing I was gay] immediately sent me into a downward spiral of self-hate, some self-harm and suicidal attempts,” Sun said. “It was a huge discrepancy from how I was raised because I immediately thought, ‘Oh, I’m going to hell. I’m an abomination to humanity.’”

In eighth grade, Sun tried to express his feelings to his mother.

“She denied it, saying I was ‘confused,’ and that I was ‘too young to know what was going on,’” Sun recalled. “I thought they would disown me after reading online that it happens in a lot of conservatively religious families.”

By his senior year of high school, Sun had come out at school, to his closest friends, and to his older brother, who is also gay. He did not try to come out to his mother again.

“It took me three or four years to finally accept [being gay] and that my sexuality is a part of me,” Sun said. “I wanted to be the role model that I never had.”

Sun describes the “coming out” process as being different for everyone but with the common goal of openly being who you are meant to be.

“[Coming out] is a declaration to say, ‘You are who you are,’ and to finally start living authentically,” Sun said. “We, as queer people, can live our lives how we want, not restrained by what is expected of us or what is deemed acceptable for people of a specific gender.”

John Roberts on the benefits and struggles of coming out

John Roberts, a junior musical theater major and an active member of Greek life at the University of Miami, was eager to discuss coming out and how it has impacted his life. Roberts, who just wrapped up an extremely successful production of “The Motherf*cker in the Hat” at the Hecht Studio Theater, smiled when asked about National Coming Out Day, observed this year on Friday, Oct. 11.

At the time, the holiday was right around the corner, so Roberts noted how important it is to promote positive stories about coming out.

“I didn’t come out until the end of my junior year,” he explained. “I feel like it took a long time for me [even though] I had feelings of same-sex attraction for a long time.” 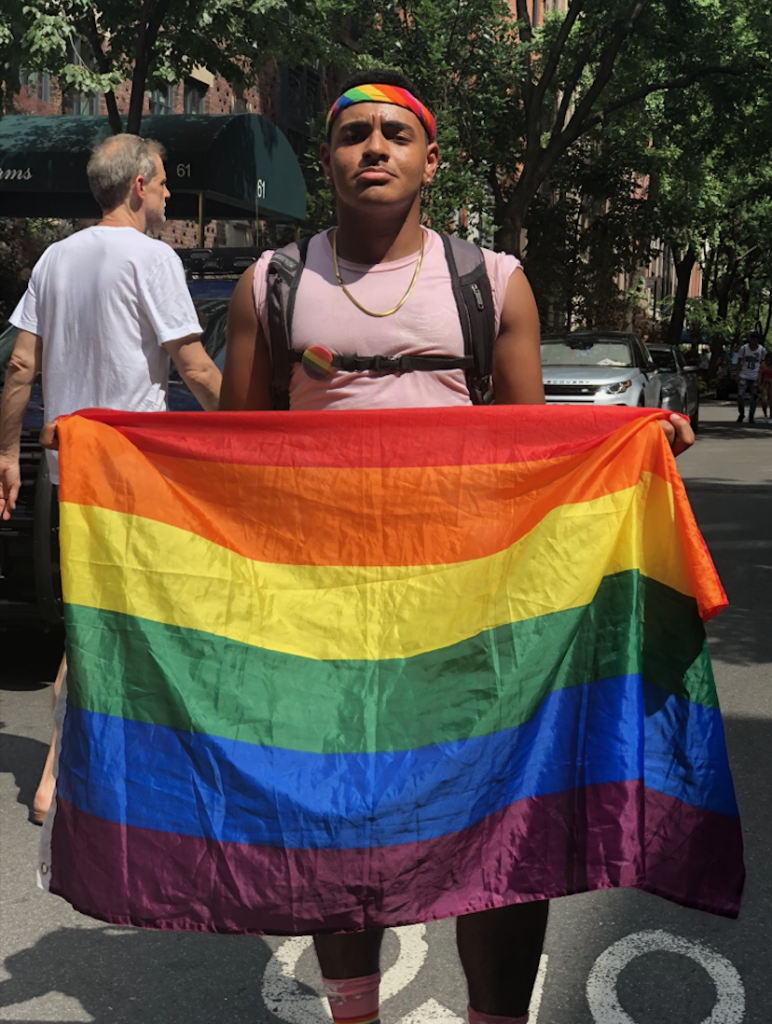 Roberts got excited when discussing the change that he saw in himself once he reached high school. He explained that it was tough when people would make assumptions about his sexuality but that these situations lead him to the people that were the most accepting of him.

Unfortunately, there still was not anyone he could relate to or to help him through the difficult times.

“There was no one I knew who was gay,” Roberts remembered. “There were no role models I had to look up to. I had find the ability to come to terms with liking men within myself. When I finally told someone, it was the scariest thing I had ever done.”

He laughed and talked about the concept of a “coming out high.” Roberts said he felt like he was on the top of the world and wanted to tell more friends. Finally feeling accepted, he felt free for the first time.

One of his hardest struggles, he said, was leaving home for the cross-country trip to college. When he got to Miami, he felt as if he had to come out all over again since sexuality isn’t something as easily seen as skin color or gender.

“I had no one who I was friends with who understood what I was going through,” Roberts said of his first few weeks at UM. “I wanted them to know who I am.”

Roberts was frustrated about restarting the coming out process in a new place. However, he said it helped him connect more with campus friends, sharing personal stories and showing how important his identity was to him.

He also emphasized how growing up in his New Jersey neighborhood made it harder to deal with not only his sexuality, but race, too.

“I wasn’t dealing with only same-sex attraction,” Roberts said. “I was one of the only people of color in my middle school, so I didn’t really come to terms with my sexuality since I was more preoccupied with that. I was trying to blend in with everyone else, and I didn’t really accept myself.”

He also spoke on the difficulty of being a member of the LGBTQ+ community and a person of color, saying that the extra burden is often overlooked.

“When I told my extended family, they had issues with it,” he said. “I was 17 when I told them. I told them, ‘I’ve been living with this, and I know who I am now. You really can’t tell me that’s not how I’m supposed to be because there’s nothing wrong with who I am. It makes me a better person.’”

Roberts also talked about labels, saying that they “are used so that other people can understand you, but what is important is that you understand yourself.” True understanding doesn’t have a label, he said.

“It’s not fair. It isn’t reality,” he said of society’s expectation that everyone fits into clearly-defined labels.

Roberts said he instead finds strength in being himself, ignoring what labels or actions he’s pressured to conform to.

Roberts continued, asserting that UM’s campus is a great for the LGBTQ+ community but that it still has its challenges.

“UM is supportive for sure, but I’ve had people tell me that they only accept gay and straight.”

He explained that that can be very hard for people who do not simply fall into one category or the other and that “visibility for people who are bisexual, pansexual or anywhere in between is important, and devaluing them is a toxic action that helps nobody.”

According to Roberts, his fraternity is also welcoming but, like UM, still has work to do.

“They accept me for who I am, but Greek culture as a whole is systematically built off of the structure of guys inviting girls,” he said.

But despite his struggles, Roberts offered some advice to anyone who is having a hard time coming to terms with their identity.

“You just really have to accept yourself first,” he said. “That’s the only thing that matters.”

Win against Virginia gives Miami some hopes in the ACC
Erika Rappaport opens World Food Day with discussion on history, significance of tea