Among the artifacts in the Kislak Center at the University of Miami, faculty and students joined to celebrate World Food Day with a keynote presentation by Erika Rappaport.

In her presentation titled “Tea Revives the World: How the advertising industry taught us to love tea,” Rappaport, a professor and chair of the Department of History at the University of California Santa Barbara, delved into the long history of tea and its journey to being known as a common drink around the world. 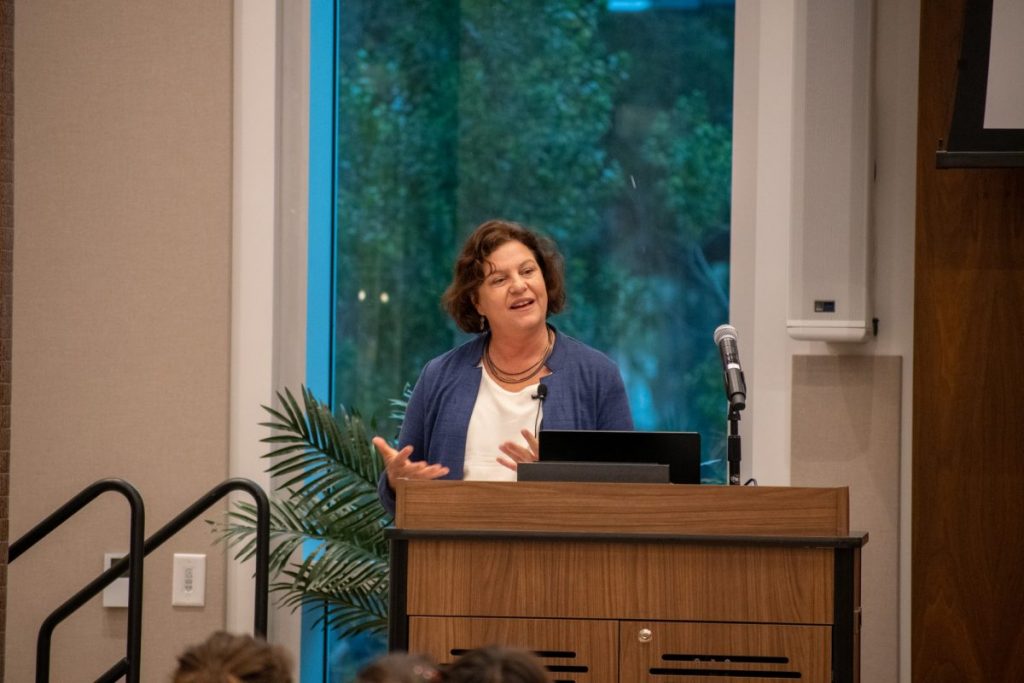 One of the main reasons why the world has come to love tea is globalization, Rappaport said.

She noted that when people think of global foods, they usually think of rice, Mcdonald’s and pizza, but not necessarily tea.

“Tea is an intensely global drink. For 500 years prior, there have been global tea cultures consumed around the world,” she said.

Today, some of the largest consumers of tea hail from Turkey, Ireland, the United Kingdom and Iran. When it comes to exporting tea, China, Kenya, Sri Lanka and India hold the highest rank.

Advertisements and marketing were paramount for the tea industry. There was a time when most people drank tea from China but in the period of the 1870s to the 1920s, ads taught people to drink teas from India and Sri Lanka.

“Advertising was part of the way in which the Indian tea industry changed people’s taste and taught them that Chinese tea was bad and that Indian tea was good,” Rappaport said.

In America, after the Great Depression, advertisements shifted gears and taught people to think of how tea made them feel.

Even though tea made its way to all four continents with differing methods and timelines, advertisements all described tea in the same way.

“What I find fascinating is many parts of the world’s attitudes towards tea are similar. Even though the tea might be made differently, used at different times of day and different habits, it all has this general sense that it’s going to calm down you down,” Rappaport said.

This thinking was evident in many of the ads of the 19th to 20th century, starting in the 1870s when the tea industry took off. A major campaign of the 1940s was titled “Tea Revives the World” which was used to reassure people during the dark days of World War II. Vintage tea ads in countries such as South Africa, India and Australia all stressed the effect of “vitality” that tea could give you. 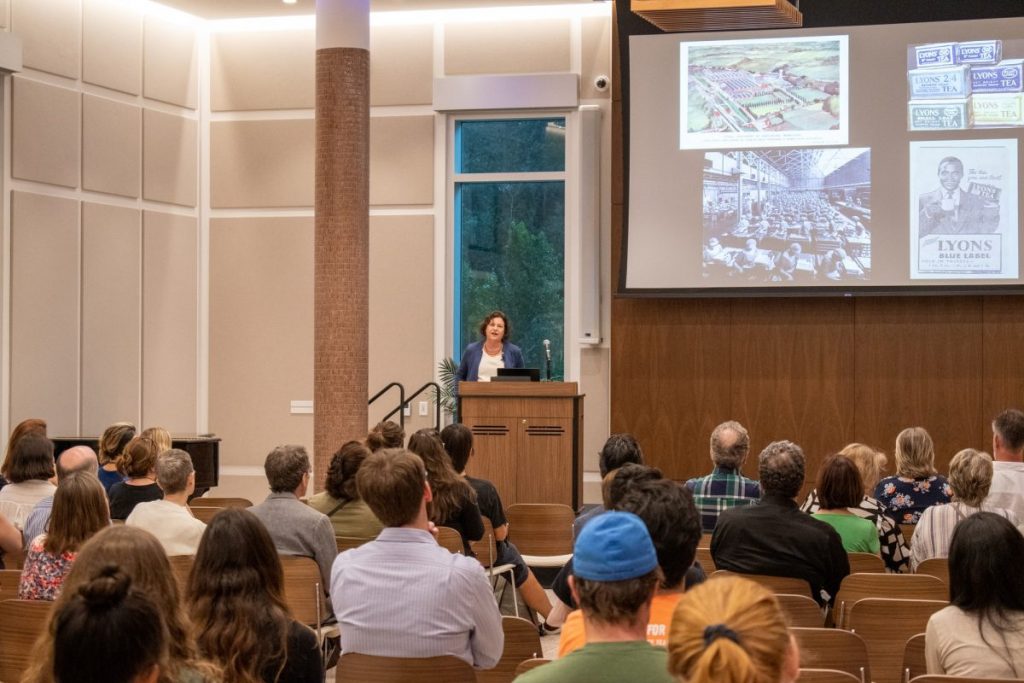 This discussion of tea is just one of several events happening to celebrate World Food Day. This year the theme is “Our Actions are Our Future Healthy Diets for a #ZeroHunger World.” Rappaport spoke about the factors that most people don’t think about such as food insecurity, biodiversity and climate change.

“What I like about this particular theme is that we’ve been thinking about these issues together,” she said. “You might think it’s somewhat strange to have a historian speaking on the future of food, but I think the theme makes visible how the health of our bodies and the health of our planet are interdependent.”