Home » Win against Virginia gives Miami some hopes in the ACC

Win against Virginia gives Miami some hopes in the ACC

It was do or die for the Hurricanes against the number 20th-ranked Virginia Cavaliers. If Miami lost, it would become extremely difficult to make it to the top of the Atlantic Coast Conference’s Coastal Division.

But, through an astounding defensive effort, Miami held on strong as they defeated Virginia, 17-9.

“It was a very hard-fought win, which is what we expected it to be,” said head coach Manny Diaz. “We had talked all week about how strong our culture was, even on the backs of some of these losses to start the season. If we trusted in [the culture] and continued to nurture it, the results would start to come. This game was a testament to that because we knew that it was going to be a game where persistence and being relentless was going to be the key.” 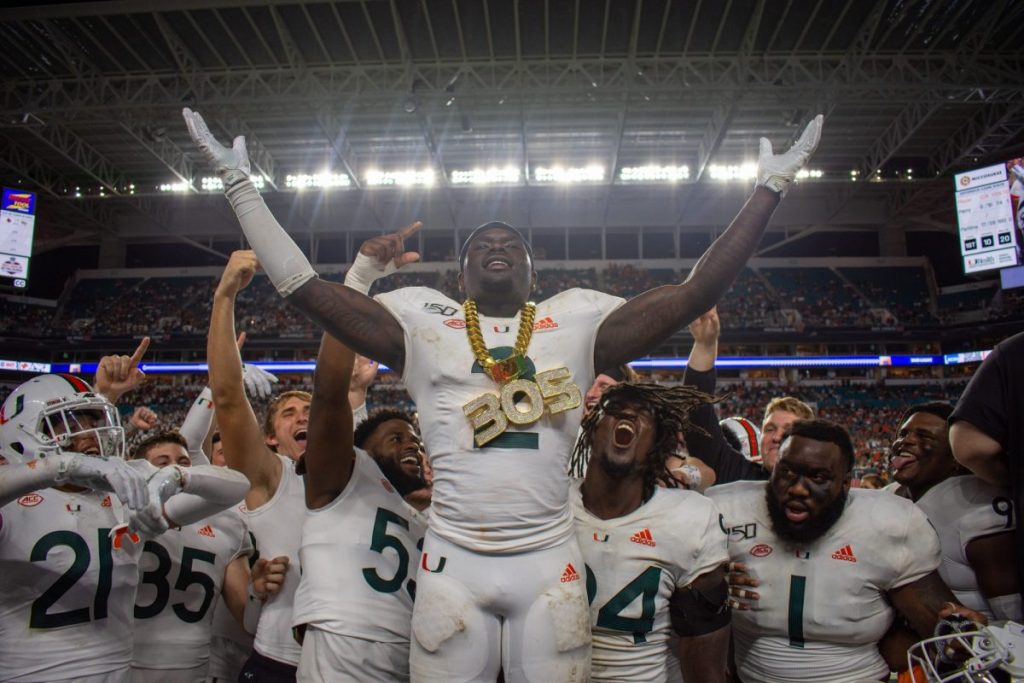 The largest takeaway for Miami was their stand defensively, especially in the red zone. While Virginia totaled 318 yards in the air and on the ground, the Canes limited them to only three field goals. This was against the 20th ranked team in the country, according to the Associated Press polls.

“I just think we were relentless,” cornerback Trajan Bandy said. “Just, relentless play. The defensive line was running after the quarterback. He was scrambling. They were just getting after him, and we just kept our eyes on our receivers, and like I said, we just did a great job.”

Besides a strong showing from the defense, one major takeaway from this matchup against the Cavs was walk-on placekicker Turner Davidson. Instead of using usual kicker Bubba Baxa for any scoring, Davidson was used for field goals and PATs. The walk-on hit every kick.

“I always liked to think to myself I was going to become the starter one day, but I was taking it day-by-day,” Davidson said. “[I was] saying, ‘Alright, I’m going to kick the best I can today and move on to tomorrow.’”

Offensively, despite a strong opening drive, redshirt sophomore quarterback N’Kosi Perry threw for less than 100 yards within the first three quarters. But in the fourth quarter, Perry rallied the offense to victory while showing off his ability to read a defense. 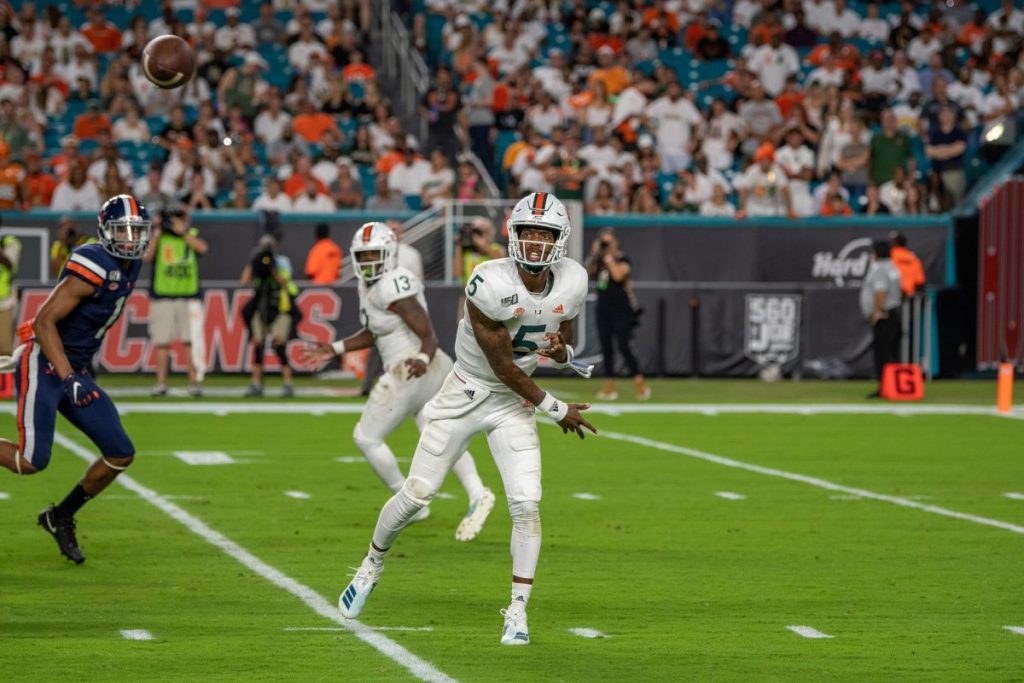 “He’s a hard worker,” Bandy said. “He always kept his composure, no matter what. I’d see Perry leaving out later than me. People don’t see the things he does outside of football, you know what I mean? Perry deserves it. We’re always going to have his back, no matter what. And he just did a great job tonight and helped us to a victory tonight.”

If the Hurricanes can keep up the strong defensive play, plus stay consistent offensively, Miami may have a shot to make it on top of the Coastal Division.

Next, the Canes will face off against the Georgia Tech Yellow Jackets at noon on Saturday, Oct. 19 at Hard Rock Stadium. This game will conclude the Hurricanes five-game home stand.