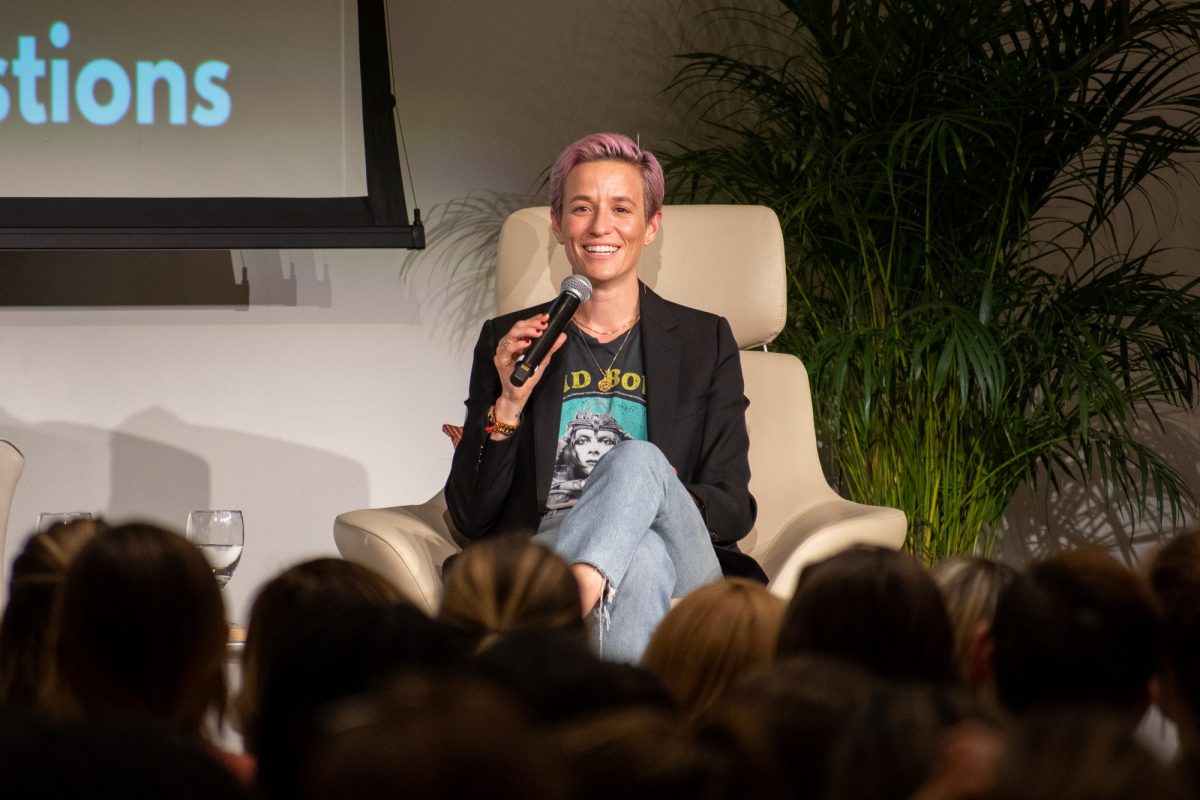 The University of Miami’s recurring “What Matters to U” event this semester introduced Megan Rapinoe, a female soccer player for the United States and World Cup champion. In previous years, UM welcomed guests such as Bill Nye “The Science Guy” and actor Ken Jeong. However, this year’s speaker is a little different in that she has garnered a lot of attention recently.

Why the controversy? It’s because Rapinoe not only plays the role of a soccer star but also of a social justice warrior. Her opinions are as loud as the crowd that cheers for her team, and quieting down is not an option. She has spoken up for gender equality and same-sex marriage, protested against racism and raised handsome amounts of money for soccer-affiliated organizations.

However, she’s received a lot of backlash for her actions. Some don’t tune in to hear her point of view on world problems— they tune in to watch her play soccer. They might be merely uninterested in her social beliefs and annoyed by her stances. This attitude was shown in the comments in the University of Miami’s Twitter post announcing her arrival to the school to speak to students.

Many of the comments in the form of memes and gifs used to present the students’ distaste in the university’s choice in speaker said more than enough while vocalizing their opinions. One of the most hostile comments, which was hidden from the public by the UM Twitter account read, “So you’re suggesting an egomaniac, self-centered liberal psycho should be speaking to kids,” followed by a gif that spells out “WTF.” Other less offensive tweets were also present.

These commenters may have graduated two or 20 years ago, but their comments still hold weight when it comes to our reputation. With one look at our Instagram or Twitter comments, it may seem that the philosophy of the school and our students are completely different. Still, our reputation was somewhat restored the night of the event. Student and adult turnout was immense; the whole room was packed waiting for Rapinoe.

Students, faculty, staff and other visitors from all over settled in the ballroom to hear Rapinoe speak. The crowd filled with whispers and murmurs, waiting for the moderated talk to commence, and when she did finally come out, phones and cameras crowded the air. I was only able to stay for a part of the event, however, that small part showed me that no matter how many haters Rapinoe has on or offline, her fanbase is strong, and the show out proves it.

It also made it clear to me that UM’s reputation is safe in the hands of our current students and faculty. What Matters to U is an event curated by students and approved by the administration. The fact that Megan Rapinoe was here is proof enough that though controversy may follow us, our reputation is only getting better.