As new buildings are being created and old ones are being demolished, the landscape of Coral Gables is rapidly changing.

Last month, the city’s Historic Preservation Board, which is responsible for choosing which 20th century buildings should be designated as historic, voted to deny historical status to the apartment buildings at 333 Catalonia Ave. This comes on the heels of a similar decision last year, where the board voted to let La Salle, one of the city’s oldest buildings, be torn down.

Created by George Merrick, Coral Gables was originally made to be a Mediterranean-style oasis. Over the years, the city has morphed into the home of the University of Miami and established itself as the fine dining capital of South Florida. 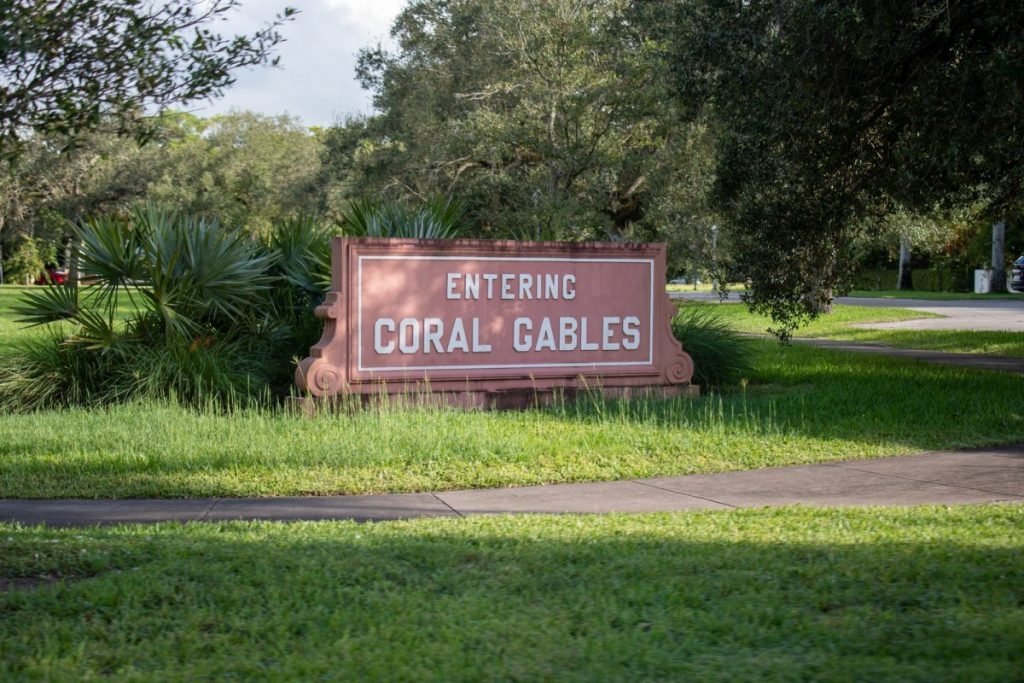 Known for its Mediterranean Revival architectural style, the City of Coral Gables was incorporated in 1925 by George Merrick.

As developers vie for real estate land, many of Coral Gables’ signature architectural buildings will be demolished, concerning many community, including those from the Historic Preservation Association of Coral Gables, a non-profit advocacy group.

Karelia Carbonell, president of the Historic Preservation Association of Coral Gables, says that the razing of buildings is not only affecting the city’s historical fabric, but its livability.

“There are several multi-unit apartment buildings built in the 1940s that we have lost or have applications to be demolished,” said Carbonell. “Even though we’re not known for [being affordable], it is something that Merrick thought about.”

Merrick’s vision for the city was “to create an affordable place to live with public infrastructure to benefit residents.” In the 1920s, his vision was actualized into middle-class housing, public resources such as the Venetian Pool and transportation by trolley and an educational institution that is now the University of Miami. He originally donated 600 acres of land and pledged $5 million to help with the university’s creation.

Though Coral Gables may fall prey to high living costs like most urban cities do, not everyone thinks it should lose its historical fingerprint. 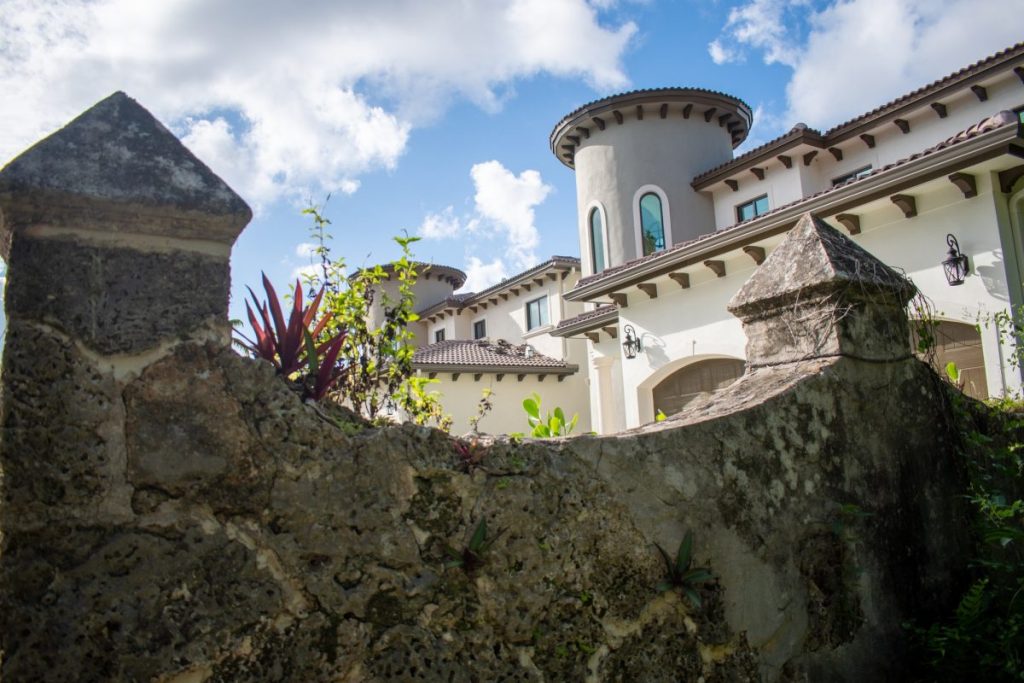 As modern mansions are erected in Coral Gables, the City Beautiful is becoming a mix of modern styles and early 1920s architecture.

The city has gone through several architectural styles says Sonia Chao, a research associate professor in UM’s School of Architecture with a focus in sustainable architecture and historic preservation.

“Architecture is a reflection of people, time and location,” Chao said. “What matters is the dialogue between the historic and contemporary buildings which can best be guided by preservation ordinances and urban codes.” 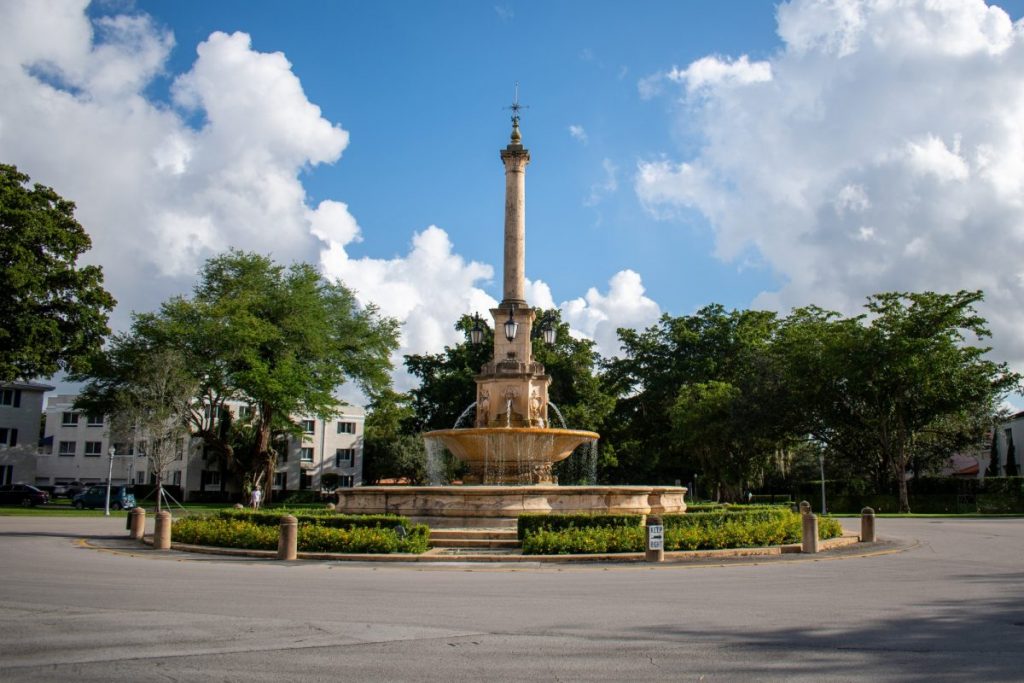 Carmen Guerrero, an associate professor in practice in the SOA who has previously served on the city’s Historic Preservation board, said she agrees.

“I think there is an architectural heritage that must be respected and preserved, but I also think with new construction we should exercise a bit of creative freedom in how they’re shaped and crafted,” Guerrero said.

She cited the Coral Gables Streetscape as a modern example of how to merge old and new styles. Gables Streetscape is an urban design project on Miracle Mile and Giralda Avenue that enhances the pedestrian experience and allows for a more shared, open space for dining and sightseeing.

“You can see the original vision turn into contemporary thoughts,” said Guerrero.

The University of Miami is not to be forgotten in the conversation about historic buildings and preservation. Designed by Marian Manley, Florida’s first registered female architect, the original architecture buildings are protected by the university and the city of Coral Gables.

There have not been many efforts to remove the original architecture buildings.

“We have always been very sensitive to this patrimony and we’ve invested a lot of resources and so has the university. Because they are the oldest buildings on the architectural campus, they need a lot of TLC,” Guerrero said.

1300 Campo Sano, the old building designed to house the large number of students applying after World War II, is a designated historic landmark by the city of Coral Gables.

The landscape of the university has been evolving as well. Plans are being made to tear down the Stanford and Hecht Residential colleges which were both built in 1968. The Centennial Village, the second phase of the university’s 10-year plan to modernize its housing, will replace them as UM’s freshman dorms. The first phase of this plan, the new Student Housing Village, is already underway and is set to open in August 2020. 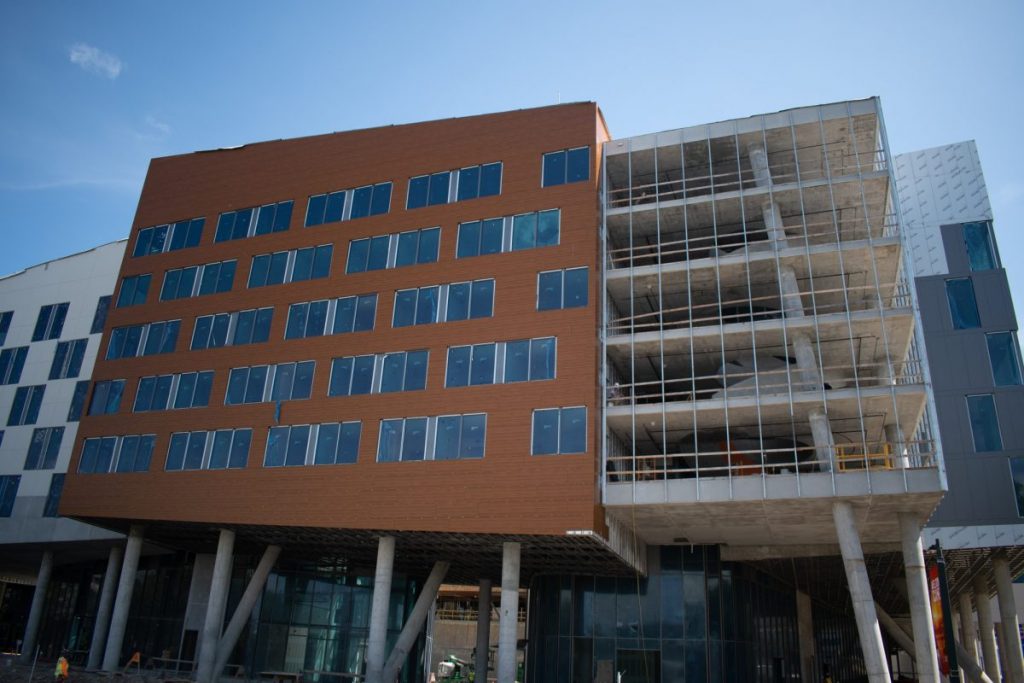 The university also recently opened the Thomas P. Murphy Design Studio Building at the SOA, which was dubbed “Building of the Year” by World-Architects.

“I think it provides a relief to the eye to see that the campus is keeping up with current design and architecture styles but also preserving the older styles,” said the sophomore. “When people apply to college, a huge factor is how the campus looks and how they feel when they come on the campus.”

After competing in Thorpe Cup, Michelle Atherley is aiming for 2020 Olympics
Win against Virginia gives Miami some hopes in the ACC