Diaz also said that Jarren Williams, who has started all of Miami’s games this season, is “dealing with an upper extremity issue that leaves him less than 100 percent.” Williams did not participate in drills during Tuesday’s practice and was throwing independently on the side.

“We think N’Kosi gives us a chance to win,” Diaz said. “I think we all saw last Saturday the improvement in his game and we are excited to get behind him, to rally behind him and find a way to beat a very well-coached and tough-minded Virginia team.” 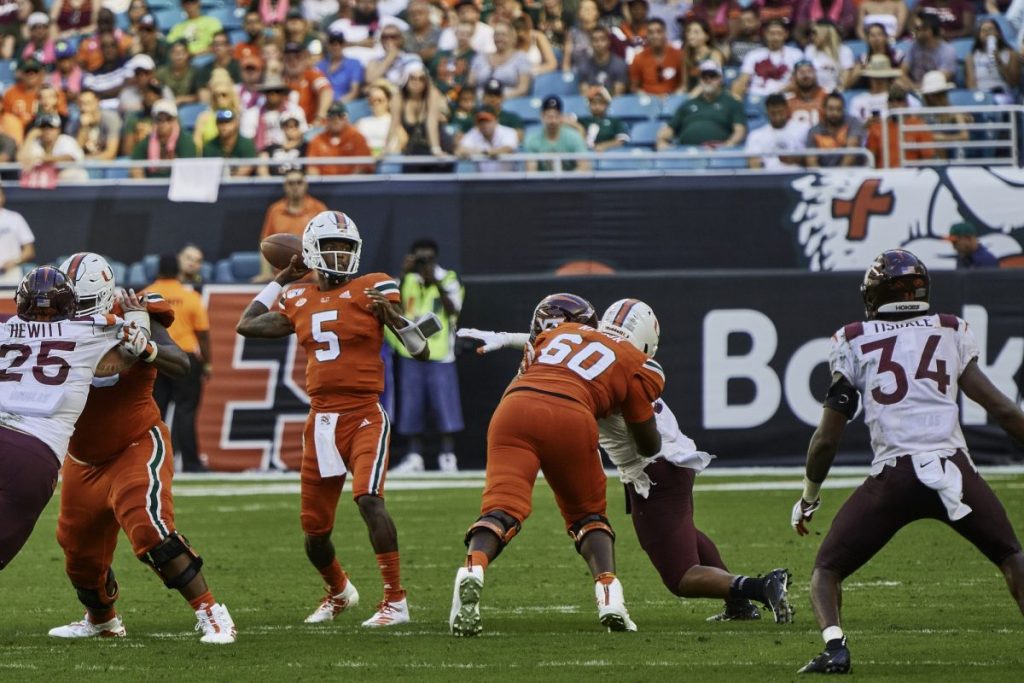 Perry replaced Williams at quarterback last Saturday against Virginia Tech after Williams started the game by throwing three interceptions on three consecutive drives. Perry stayed at quarterback for the remainder of the game and threw for 422 yards with four touchdowns and one interception. In the post-game press conference, Diaz said that Williams was healthy enough to play, but made the decision to keep Perry in.

“I just want to get a win for the team,” Perry said after practice on Wednesday. “We need to get that feeling back so we can get used to winning.”

How to be happy in a society that seems doomed
Netflix bought ‘Seinfeld,’ but is it really better than ‘Friends’?