Kim Petras proves she owns Halloween with ‘TURN OFF THE LIGHT’

It’s common for musicians to release Christmas music, but few pop artists of this generation have given fans a Halloween-themed single, let alone an entire album. “TURN OFF THE LIGHT” by up-and-coming German pop-princess Kim Petras is a combination of eight creepy tracks from last year’s discography with nine new, haunting songs. The 17-track project features music written by Petras herself, along with help from her production team of Aaron Joseph, Made in China, Vaughn Oliver and B Ham. The album maintains a clear balance of sinister instrumental tracks and classic pop music, where Petras uses her vocals to chill listeners to the bone.

The album weaves together synth-beat pop with daunting and impressive vocals from Petras, perfect for getting in the spooky season mood. “TURN OFF THE LIGHT” is pop genius, with effortless transitions between tracks that make it seem never-ending. Some of the best production of her career is found on the opening “Purgatory” and the dance floor anthem “Bloody Valentine.” 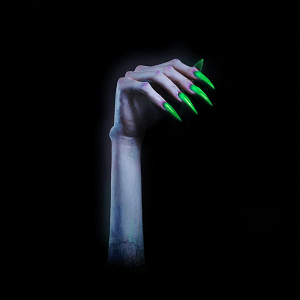 While it is clearly meant to induce fright, the album gets listeners more in the mood to dress up in the Halloween spirit and hit the club. Bops like “Death By Sex” and “Close Your Eyes” will have fans moving their bodies with a little extra spook. Perhaps the most impressive track is “Massacre,” a frightening turn on the Christmas song “Carol of the Bells.” On “Massacre,” Petras combines terrifying lyrics about being the queen of the dead with her own bloody screams, yet she still manages to conjure fans into dancing and grooving to the Halloween spirit.

Her chilling lyrics on the album focus on freaky past relationships and encourage listeners to explore their own demons. She even sings at one point about being “straight psychotic,” while still giving a taste of her usually sexy music with lyrics about her “skinny waist” and “fatal touch.” She sticks to her roots on “In the Next Life,” delivering an entire verse in German. There’s no hiding under the covers here, as afterlife and sacrifice are common themes.

The international pop star took to Twitter this week to let fans know that this frightening album is meant to “tell the whole damn story,” speaking about her initial intent to simply release a sequel EP to her 2018 EP of the same title. This scary project comes just months after the release of her debut album “Clarity,” which came out in June. “TURN OFF THE LIGHT” is an LP that will feel right at home with the rest of her discography, proving that she has a clear chance at reigning as queen of pop music in the coming years.