Home » Patrick Farrell on photojournalism, his career, how to make it in the industry

Patrick Farrell on photojournalism, his career, how to make it in the industry

Photojournalist and Miami native Patrick Farrell worked at The Miami Herald for 32 years before leaving– “not retiring,” he clarifies– earlier this year to pursue more freelance opportunities.

Farrell, who now teaches documentary photography part time at the University of Miami, sips on a venti Starbucks coffee and discusses the route that led him to an award-winning career at his hometown newspaper. 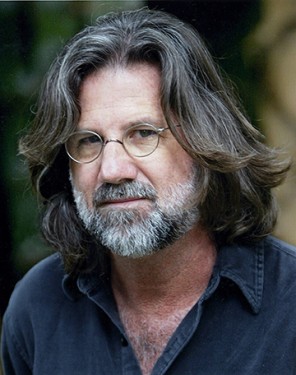 His eyes lit up behind dark-rimmed glasses, and his lips curled into a smile that never left. He seemed genuinely excited about what he’s done, what he’s doing, and what he’s going to do, frequently pulling out pictures of the things he was describing.

Farrell began experimenting with photography in the seventh grade. He was shot in the eye with a BB gun, and when the eyepatch was removed, he said he subconsciously began to appreciate the beauty of sight a little more. That same year, Farrell was in a camera store with one of his 11 siblings and found a book on how to create a dark room. He bought it, built one, saved up to buy a camera and the rest is history. He fell in love with photography, and when he transferred to the University of Miami and was introduced to professor Michael Carlebach, he fine-tuned his skills, falling in love with his craft all over again.

Farrell’s photography is influenced by light, he said. He spoke of photographer W. Eugene Smith and his “dramatic way of telling stories and documentary style of taking pictures” that inspired him. But most of all, Farrell is inspired by people and uses his job as a way to connect with them.

“The camera is an introduction to meeting people and going places,” he said.

Farrell majored in television and film production while in school at UM but chose to make photography his profession while taking an advanced photo class during his senior year of college.

“I did love film, but I didn’t see myself doing that,” he said. “Film is very collaborative, but with photojournalism, even though you end up in a newsroom getting edited, you are out on your own making your own images with your own creativity. I like that independence.”

He said his professor would turn off the lights and show the class the work of the greats and the masters, but also that of people in the newspaper business at the time. He was in awe.

“Look at the stories they get to tell, the people they get to meet, the places they get to go,” he thought to himself. He eventually managed to secure an internship at the Miami News, which showed him “how fun and exciting it was.” 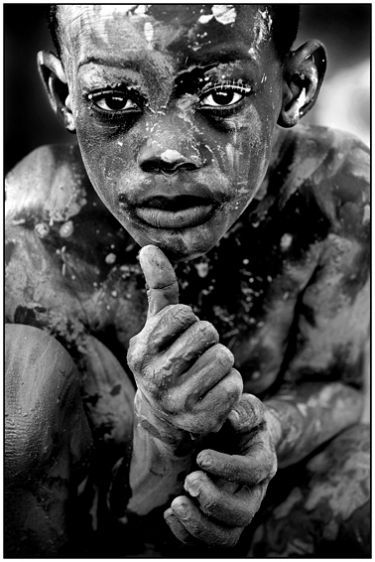 In 2009, Patrick Farrell won the Pulitzer Prize for Breaking News Photography for his coverage of Haiti’s brutal hurricane season, including this photo. Photo credit: patrickfarrellphotography.com

Farrell worked at a few small newspapers, using these jobs as an opportunity to learn as much as he could and build a portfolio. His work eventually landed him the position at The Miami Herald that then developed into a 32-year career.

“My father was a doctor, so my mother wanted us all to be doctors,” he said when asked about his parents’ response to his career choice. He recalled a time when his mother, now deceased, looked at him and said, “You know, it’s never too late to go to med school.”

He laughed at the memory, recalling that she– and the rest of his big, close-knit family– were always supportive.

His biggest accomplishment, however, was undoubtedly winning the 2009 Pulitzer Prize for Breaking News Photography for his coverage of Haiti’s brutal hurricane season.

This story– and not one particular image– he said, was a defining moment in his career. With the circulation of his haunting images– featuring a struggling people coping with massive destruction while still trying their best to salvage what they can– he saw people taking notice of his work and eventually to the horrible damage that was happening. The experience “showed him his work could mean something.”

When asked if he thought he’d made it, Farrell responded with a smile and a simple “no.”

He proceeded to explain what the title of “photojournalist” means to him and how it is different than a photographer.

“It’s about telling people’s stories and trying to tell them as authentically as possible. Photographers display their interpretation of subjects, while photojournalism is about disappearing and letting people see an event through your eyes.”

Farrell advises young people trying to break into an ever-changing field to not get distracted.

“Continue to work and do it well,” he said. “If you’re passionate about it and follow your dreams, you will do it…Do it, and you’ll never tire of it, because it’s what you love.”

Going green: The Rat introduces eco-friendly alternatives
Plans for change to Miami-Dade County public transportation have yet to break ground