For a team that had two weeks to prepare, the Miami Hurricanes did not seem ready in the first half of the team’s 42-35 loss to the Virginia Tech Hokies.

The Canes committed four turnovers on the first four drives of the game. Quarterback Jarren Williams, who had not recorded a single interception entering the game, threw three picks on three drives. Williams was pulled from the game after his third interception, and head coach Manny Diaz brought in redshirt sophomore N’Kosi Perry, who’s first completion to receiver Mike Harley was fumbled and recovered by the Hokies. 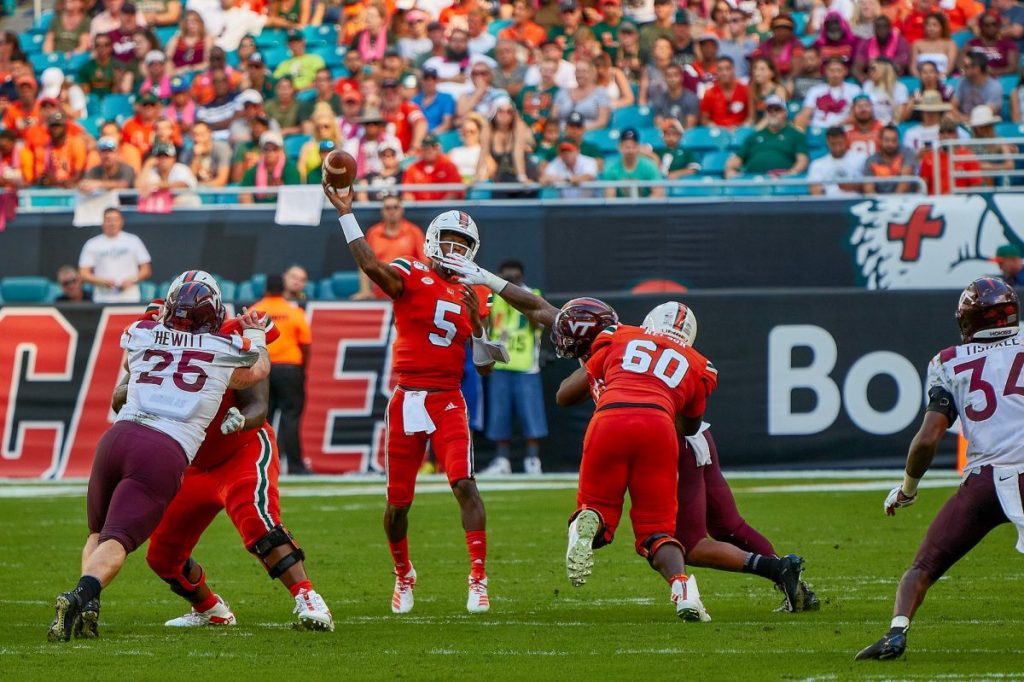 “Jarren was seeing late or just getting the ball out late, so we though N’Kosi went in and in that stage, gave us the best chance to win,” Diaz said.

After going down 21-0 at the end of the first quarter, the Canes gave up their fourth touchdown on a 17-yard pass from Hokies quarterback Hendon Hooker to tight end Dalton Keene. Hooker threw for three touchdowns and 184 yards, all of which were to Keene.

On Miami’s next possession, Perry threw his only interception of the game, giving Virginia Tech yet another opportunity to score, which they were not able to do for the rest of the second quarter.

As time expired going into halftime, Perry hauled the ball into the endzone on a hail-mary type play. The ball bounced off the hands of tight end Will Mallory before receiver Mark Pope was able to pull it in, giving the Canes their only score of the game up to that point. Despite the first half struggles, Perry ended the game going 28-47 with 422 yards and four touchdowns, in addition to being sacked six times. 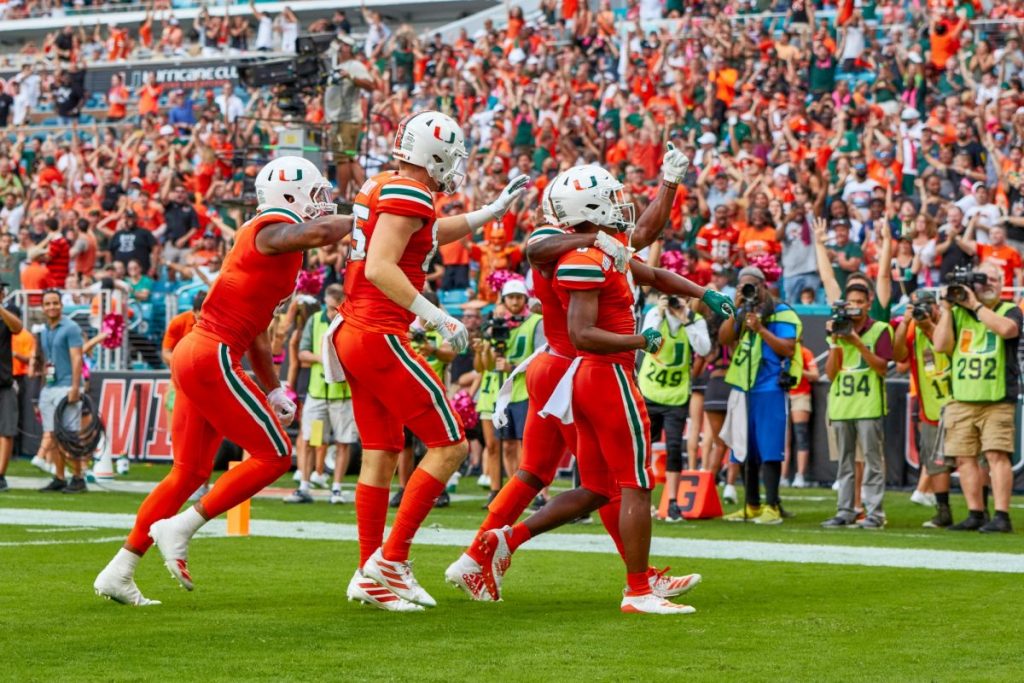 Miami recorded their second touchdown in the middle of the third quarter when Perry found tight end Brevin Jordan wide open, who easily ran into the endzone, capping an 88-yard scoring drive. Jordan had one of the most promising performances of the night, finishing with seven receptions for 136 yards and one touchdown.

Virginia Tech maintained the 28-14 lead through the rest of the third quarter, until the Canes finally found some offensive rhythm in the fourth quarter, scoring three unanswered touchdowns. Two of those came from receiver Jeff Thomas, who had six receptions for 124 yards with two touchdowns. On the second of the two Thomas touchdowns, Diaz made the decision to go for the two-point conversion, which they were able to convert on. 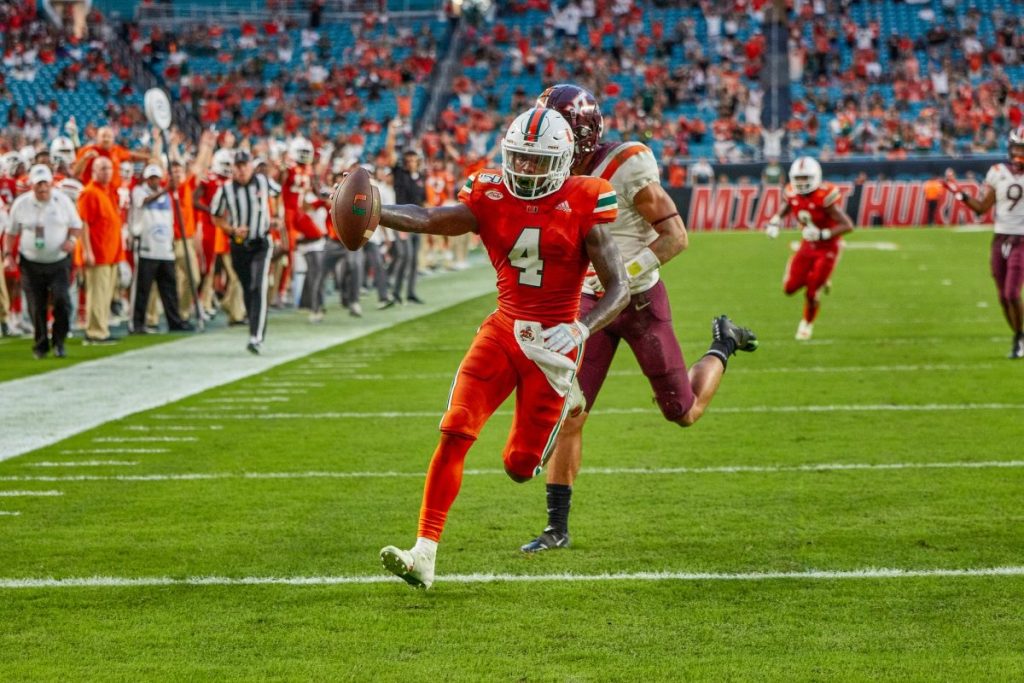 The Canes third consecutive touchdown came on 62-yard rush from running back DeeJay Dallas that would tie the game up at 35-35 after kicker Bubba Baxa missed the extra point.

“To be able to battle back to have a chance to win the football game shows that we have something special in the locker room and we have something that is worth protecting,” Diaz said. “The execution part, we had a feeling that it was something that would lag behind the effort as we got into the season. It’s time for us to look at ourselves as a staff and do a better job of getting that execution going quicker.”

After a three-yard rush from Hokies running back DeShawn McClease, the Canes got the ball back down a score with one minute to play. Perry was able to orchestrate a drive to Virginia Tech’s 10-yard line, but after having two opportunities, Miami could not come up with the big play.

“We’re not going to look back on this loss,” Jordan said. “That’s the same thing we did with Florida and North Carolina. Tomorrow is a new day. We’re going to prepare for Virginia and try to knock them off.

The Canes are now 2-3 (0-2 ACC) and are set to face a No. 23 ranked Virginia team on Friday at Hard Rock Stadium as Miami continues their five-game homestand.