A strong weekend for club sports

The women’s club soccer team competed at Kendall Soccer Park, where Miami faced Florida Gulf Coast University. The team trailed 1-0 at the half, but a goal in the second half helped the team come back to tie the game 1-1.

They will host Florida State University at 4 p.m. on Oct. 6 at Kendall Soccer Park.

The women’s team traveled to Brown University to compete in the Women’s Showcase Qualifier, where they finished 14th for a total of 335. The A fleet scored 184 and was led by sophomore Leah Harper and freshman Sandy Heilshorn. The B fleet scored 151 and was led by senior Katie Delisser and sophomore Grace Harden. Both fleets qualified for the Women’s Showcase Final, which will take place Oct. 12 at St. Mary’s College of Maryland. 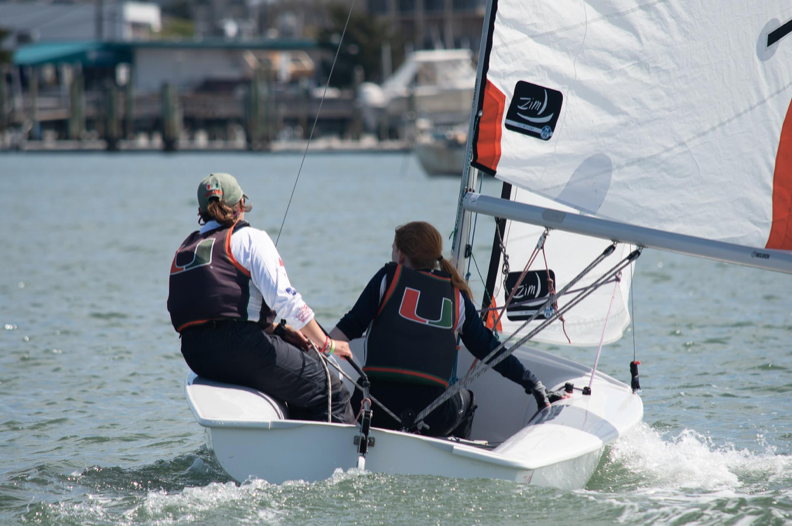 The women’s team hosted their first home tournament of the season. The team was led by senior Kendall Killberger, who in her last tournament as a Cane, helped the team go undefeated to win the tournament. The Canes completed the tournament without dropping a set, finishing 4-0 with wins against Florida Atlantic University and the University of Florida.

The men’s team will host their first home tournament at 9 a.m. on Oct. 26 at the Herbert Wellness Center.

Over the weekend, the tennis team traveled to Florida Atalanta University where they competed in the Tennis On Campus Tournament Series. The Canes made it to the gold bracket final where they recorded wins in three out of the five events, including wins in women’s doubles, men’s doubles and mixed doubles. UM gave away nine games in both singles events, which ultimately led to their 25-21 fall to UCF.

The team will travel to Florida State University Oct. 10.