Lula, a car sharing app that enables university students to rent their cars to each other, is relaunching with UM as its focus campus.

“Think Airbnb, but for cars,” said Michael Vega-Sanz, one of the co-founders of Lula. Vega-Sanz and his twin brother Matthew grew up in Miami.

The idea for Lula came about late one evening about two years ago while the twins were attending Babson college, a business school near Boston. One night, they had a hankering for a slice of their favorite pizza but couldn’t order food delivery service to their remote campus location.

“I was sitting in my dorm starving, looking at all the cars in the parking lot not being used,” said Vega-Sanz. “I said to myself: Wouldn’t it be cool if I could rent from another student to get the pizza?”

And thus, Lula was born. Here’s how it works: Lula shows customers available cars, rented by the hour or the day. One click and the owner meets the renter to hand over the keys. After the rental period, renters replace the gas they’ve used before returning the car to the original meeting point.

Aryanna Peters, a freshman in the business school, was among the first UM students to try Lula. Last Friday, she rented a car for a day to run errands with a few friends.

“I had a very positive experience,” Peters said. “Michael from Lula was very helpful so I wasn’t really worried going into it. I would do it again.”

A car rental is usually about $7-$12 an hour and $30-$60 a day. There are no underage, membership or insurance fees. Car owners set their own rental rates and rentals are 100 percent insured by Lula.

“Depending on the severity of an accident, the renter may be required to pay a deductible. For the car owner, their car is fully-insured for all damages and there is no deductible,” said Manoj Aggarwal, the Lula head of marketing.

Cars for rent on Lula must be newer than 2005 and have less than 125,000 miles on their odometers. Upon creating a profile, users submit their driver’s license and go through a vetting process. Within 24 hours, most users will be approved to begin using the platform, the company said. Approval for international students will take about 48 hours. 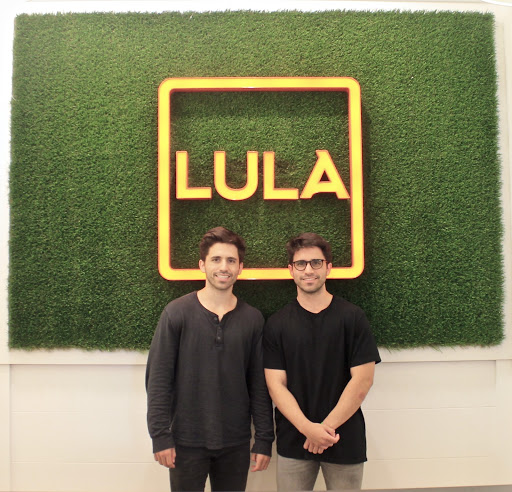 The twins started out renting between friends at Babson. Students, professors and administrators from schools like MIT, Notre Dame College and FIU began requesting Lula’s service on their campus, too. The Lula app launched in September of 2018 soared onto app store’s “Top 100” list after just eight days.

“We had our share of growing pains,” said Vega-Sanz. The founders struggled to meet customer service needs and match cars over wide areas while running Lula on their own.

In order to meet demand, Lula’s approach and app design has since gotten a face lift. “We are now taking a campus-by-campus approach,” Vega-Sanz said. “We want to make sure the platform is a much better customer experience.”

The University of Miami will be Lula’s first and only operating campus this year as the company focuses on establishing its marketplace. A dozen designers, technicians and marketers operate out of a new office located in Sunset Place, right across the street from UM. Lula has also hired six student brand ambassadors and is organizing partnerships with greek life organizations.

According to the company, UM is an ideal relaunch location because it’s a repeatable model that can be scaled large schools once Lula is ready to expand. 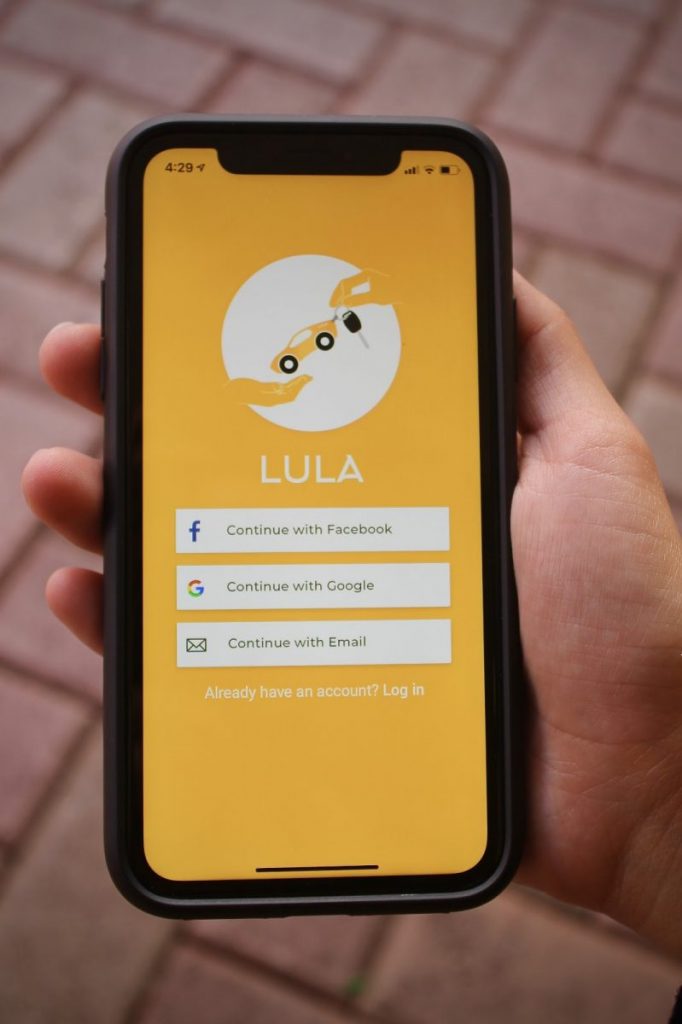 About one year since its original release, Lula has re-launched its app with a new look. Photo credit: Emmalyse Brownstein

For freshman and other students without cars, Lula could be an alternative to other car sharing services.

“Uber is like seven dollars or more to go to one place,” said Nicole Gueriero, a freshman living in Stanford Residential College. “With this you could go to more than one place in the hour for a similar price.”

Richard Sobaram, executive director of parking and transportation at UM, says students should do their research first. According to him, Lula has not officially contacted university administration about their services.

“We at the university have an official business relationship with Zipcar because we have vetted them through our risk management and our legal process to make sure they meet all the legal and insurance requirements,” Sobaram said.

Sobaram fears students who live on-campus and rent out their cars could run into issues. It is against university policy to run a business out of a dorm room.

“I don’t know enough about this to say students should or shouldn’t use it,” said Sobaram. “I would just say buyer beware. Make sure you check everything out first.”

He also advised Lula to work with university administration before it engages in business on UM’s campus. To Sobaram, this service may be better for students outside the residential colleges.

Jenny Hudak, a senior majoring in media management, had a similar thought. She keeps her car near campus and sees potential in Lula.

“My car doesn’t get much use other than when I run errands or go eat with friends,” she said. “For most of my school day, I’m within walking distance.”

Lula is looking for more car owners to use the platform and be a part of their “pilot program.” To start off, car owners will get to keep 100 percent of their rental income.

This program will help car owners navigate the rental process, teach them to maximize their earnings and encourage feedback that could help the company improve. Car owners will be paid $15 per hour during the training, get a $15 bonus the first time they rent out their car and receive $25 when they recommend another car owner to the program.

“Our goal right now is not to make money, our goal is to build a brand. UM is our marketplace.” Aggarwal said. “Not only is it extra cash, but [users] get the inside scoop of a start-up, and learn some business and marketing as well.”

After 6 months, Lula will switch back to its normal rate of 75 percent earnings for car owners.

Students interested can email pilot@lularides.com with any questions about the program.

Lula creators see a future in student transportation far beyond cars. They have visions of a rental system of bicycles, scooters and more all on a single platform.