The Canes women’s soccer team fought hard through two halves and an overtime period but could not pull away. They tied 3-3 with University of Pittsburgh on Sunday night, remaining winless for their first three games of ACC play.

“It sucks,” defender Selena Fortich said after the game. “They played a good game, and they fought back, but I definitely think we should have come out on top with a win.”

Miami was on the board early in the game on a goal from senior Bayleigh Chaviers. She raced up the left side of the field before cutting back towards the goal and kicked what appeared to be a cross, but her shot found the back of the net just two minutes and 51 seconds into the game. 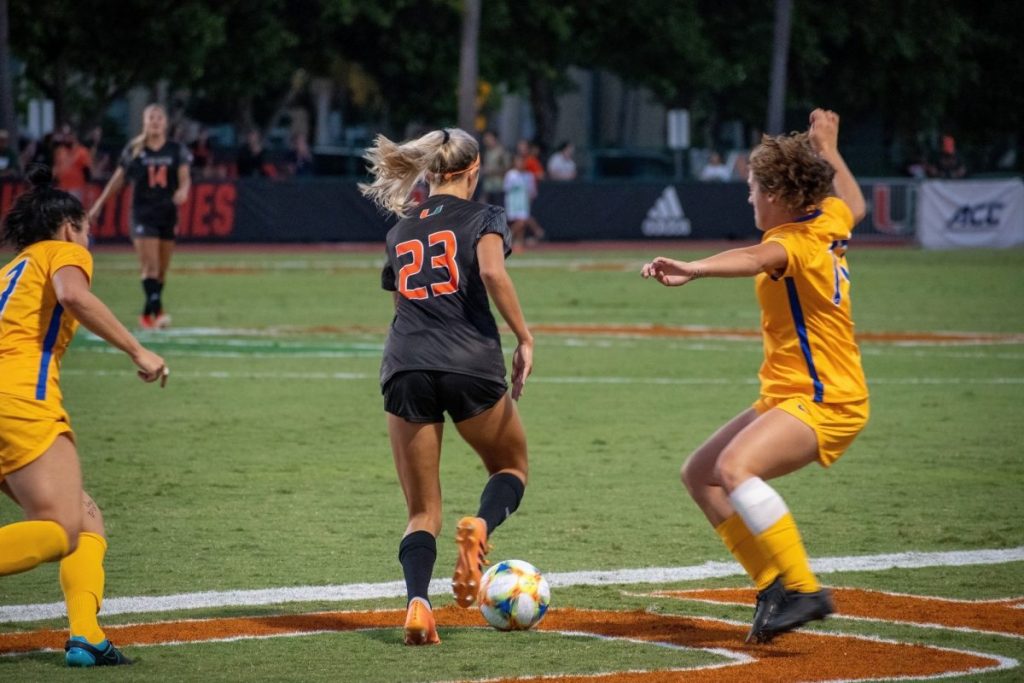 Tia Dupont (23) splits between two of Pitt's defenders. Dupont had one assist in the game Photo credit: Jared Lennon

The score would remain 1-0 for the rest of the half. Both teams put up five shots in the first 45 minutes of regulation gameplay.

After the break, Miami scored in the 49th minute. This time, Michelle Giamportone scored on a cross from Tia Dupont. Dupont passed the ball to Kristina Fisher before it made its way to Giamportone and into the goal.

Four minutes later, Pitt got its first goal of the game by Sydney Marasco. Shortly after, a goal from Anna Rico evened the score to 2-2.

In the 71st minute, Pitt goalie Katherine Robinson came out of the goal in attempt to make a stop, allowing Fortich to handle a pass from Ine Østmo and punch it past the goalie for the Canes’ third goal of the game. Fortich’s goal was the first of her career.

“I honestly had no idea it went in,” Fortich said. “I was like, ‘Oh my god, I scored.’ But it felt good to get us on top and hopefully more to come.”

Despite the two goals scored in the second half, Miami took only three shots, which paled in comparison to Pitt’s nine. 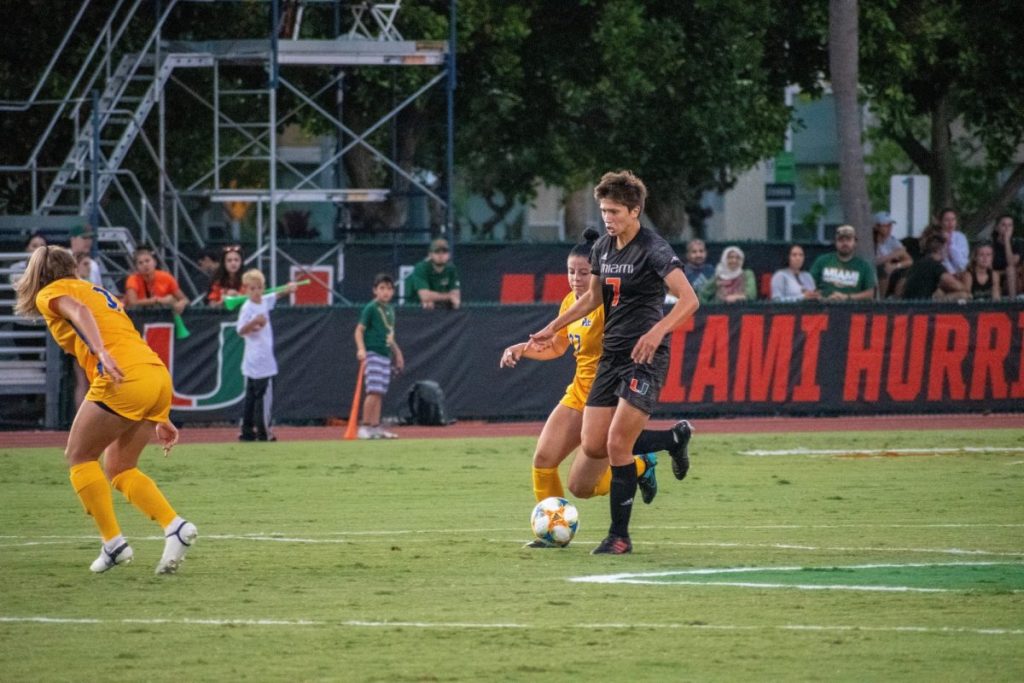 “I think we kind of fell back a little in the second half and they were definitely dominating,” Chaviers said.

Pitt’s Marasco tallied her second goal of the game with four minutes left in regulation, tying the game up at 3-3.

The teams entered overtime with a tie, and the score would remain that way for the two 10-minute periods. Miami was able to put up five shots, overshooting Pitt by three goals, but the teams were both unsuccessful in scoring.

The Hurricanes will play Virginia in their next game at Cobb Stadium on Friday, Oct. 4 at 8 p.m.