The third floor of the Richter library is now a launchpad that allows students to travel far from the building’s rows books and computers. Participants can explore coral reefs and battle intergalactic warriors, all without leaving campus. How? Through the power of virtual reality. 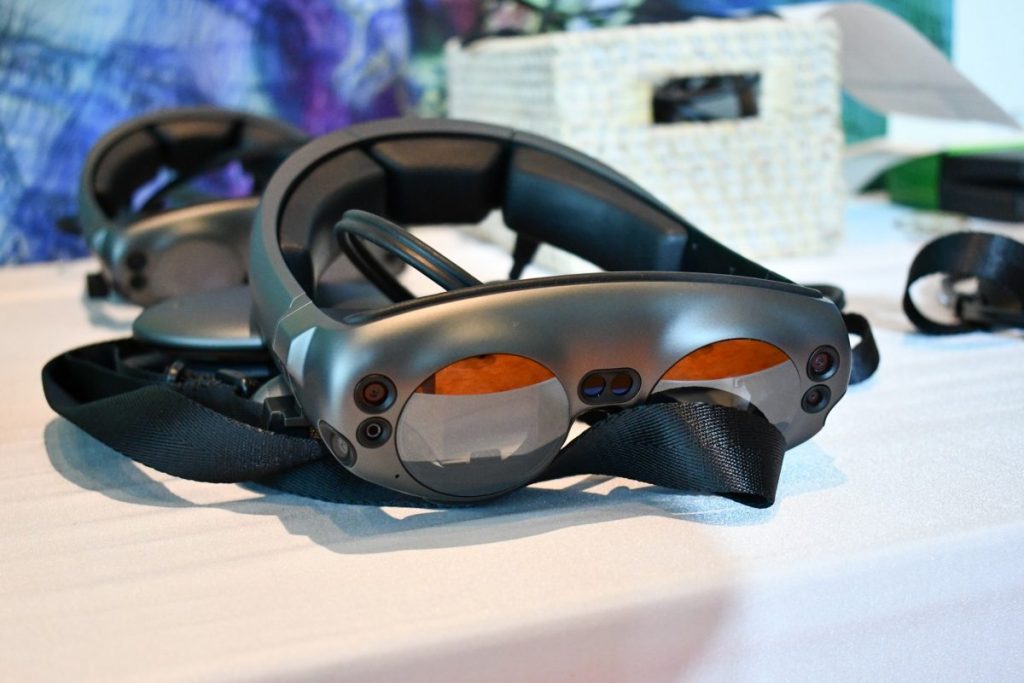 VR lenses include applications that range from educational tools to video games for entertainment. The main application, “U Experience,” which was created by UM faculty, projects a 360 degree holographic model of campus.

The model realistically carves out each physical feature of the university, from the Shalala Student Center to the residential colleges. Nick Tsinoremas, the executive producer of the U Experience virtual reality program, said this was no easy feat.

“We had to have drones with cameras flying all over the campus. And then [we used] lighters, which are instruments that project light and basically map the whole campus,” Tsinoremas said. Just this first step in the development of the program took the project team a month to complete.

The aim of this intensive three-dimensional mapping was to create a virtual landscape that could be viewed from all sides. The U Experience application allows viewers to peer across, behind and through many of the on-campus buildings. This level of movement and interaction is what the U Experience team aimed to offer its users.

The basis of the software is referred to as “spatial computing.” In contrast to the typical stationary interaction between humans and computers, spatial computing aims to elicit movement from the user. Rather than interact with a two dimensional screen, the U Experience application forces the viewer to move through the various planes projected by the Magic Leap device. 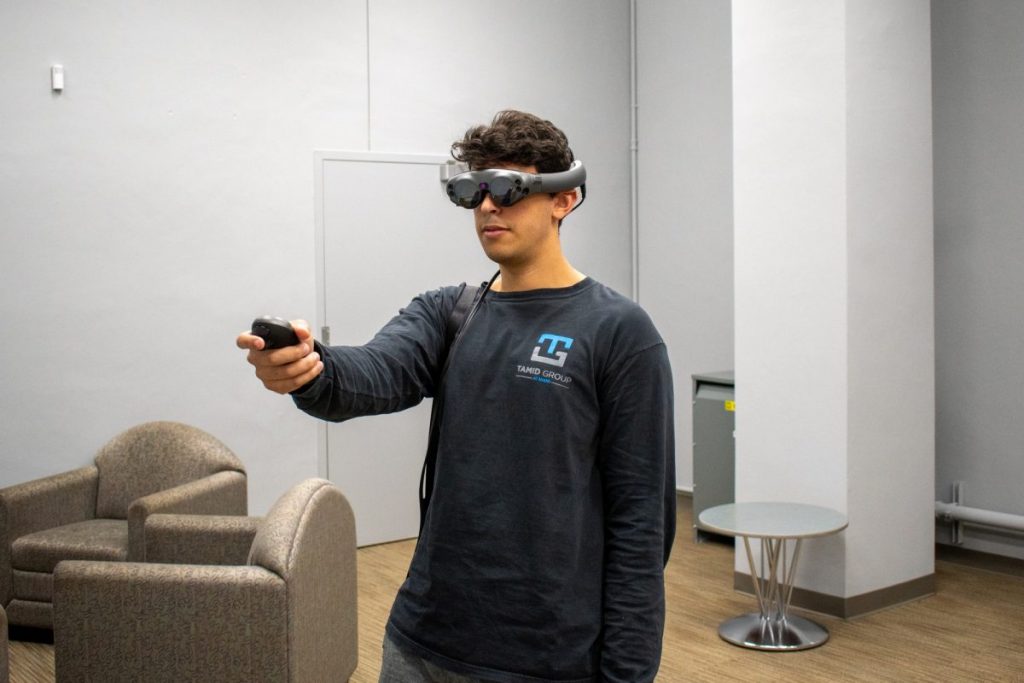 Daniel Benayoun, an employee at Richter Library, demonstrates how to use the virtual-reality headset. Photo credit: Jared Lennon

Many of those who tried the program agree that they are compelled by its ability to shift according to the user’s motion.

“It was way more interactive than I thought it was going to be,” said Natalie Benaypun, a graduate student in the School of Law, after using the device.

Students who have not yet tried the program are also intrigued by its premise.

After learning about the U-Experience, Ethan Ford, a student in the Frost School of Music said, “This school is really with the times, and that’s one of the reasons I came here. The university is really modern.”

Tsinoremas and his team aim to continue to develop the program, remaining on the forefront of the technological revolution. While the projected map currently shows only stationary objects and buildings, the U Experience team will soon develop ways to show the campus activity in real-time.

“[It’s] is a little too static for now, so we want to make it a lot more interactive with real time data actually feeding the application,” said Tsinoremas. This includes tracking and integrating the motion of shuttles, students and cars. Tsinoremas said the program may eventually allow users to take a virtual tour through the Frost School of Music and listen to an orchestra playing in real-time.

Although this is just the first iteration of the program, Tsinoremas said he believes that this preliminary glimpse into what virtual reality can do could serve as an inspiration to students, faculty and visitors alike. The program reflects a collaboration between a breadth of graduate and undergraduate UM students, as well as university faculty. From script writers to computer scientists and even theater majors, the program represents a collaborative effort between multiple disciplines.

Consequently, Tsinoremas said he hopes the program will trigger students’ interest in new technologies and reveal the scope of extracurricular possibilities available to them on campus.

“No matter what major you are, I want students to think that they can see themselves being part of an effort like this,” Tsinoremas said.