With the final season of “Modern Family” having premiered Sept. 25, the beginning of the end of a revolutionary television era has begun. Amplifying simple stereotypes into complex characters over the course of ten seasons, “Modern Family” has resonated with hundreds of thousands of viewers across the nation.

As opposed to the shock-value of tackling extreme, divisive topics, “Modern Family” focused instead on everyday, mundane issues, exploring common crises of the average person. The core ideal of family was preserved, exploring the different dynamics and mechanics of the family units that make up their entire clan. Topics such as sexuality, the effect of technology on different generations and unresolved relationships are present under layers of subtlety in the way characters interact with themselves and others.

One of the many filmography-tactics used to endear American audiences to the family’s varying plights was the testimonial format and private character confessionals. Shows such as “Parks and Recreation” and “The Office” use this formula to add layers of nuanced humor that a simple punchline couldn’t perform. The generation that grew up with “Modern Family” also grew up in the age of Internet, meaning it became a more jaded generation compared to those before. Camera testimonials rely on the dry wit of vocalizing emotions that aren’t usually displayed in public, not only nudging at the humor of two-faced sarcasm but also inviting the audience in on the joke. Instead of just watching the show, the audience is a part of the universe.

Above all, what’s kept the nation watching “Modern Family” for 10 years is the colorful cast of characters, each of whom have toyed with, subverted and completely rejected basic stereotypes. Instead of focusing on how each character and family interacts with situations outside of their bubble, each episode almost solely relies on the internal interactions of each family. “Modern Family’s” characters provide something for everyone, each with their own definition of “modern.”

The Dunphy Clan – The Dysfunctional Traditionalists 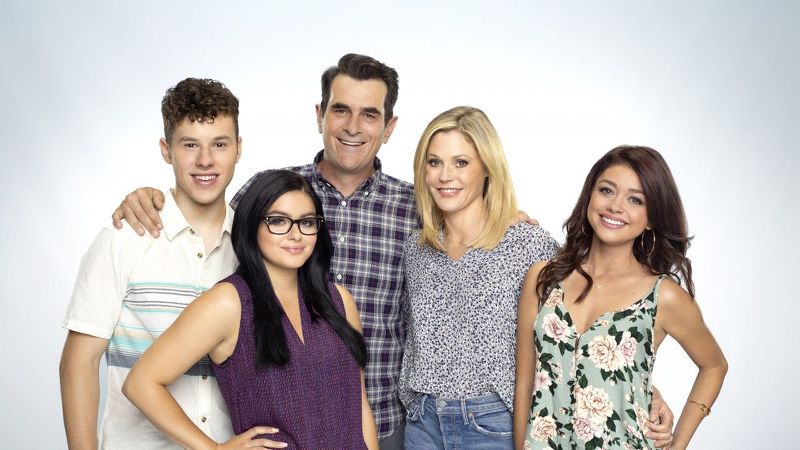 For those who feel more comfortable with familiar alignments, the main Dunphy family consisted of the everyday nuclear structure. With a mother, a father and three kids, this branch of the clan focused not on diversity, but on the struggles of parenting, growing up to explore different branches of life and the confrontation of a family home maturing into an empty nest over the course of ten years.

Real parents watched Alex (Ariel Winter), Luke (Nolan Gould) and Haley (Sarah Hyland) grow from children to university-aged adults with TV parents Phil (Ty Burrell) and Claire (Julie Bowen) Dunphy. The shenanigans ensued within the household until each child moved out, and America was left watching Phil and Claire come to terms with the opportunities and choices adulthood provided to their children.

Season 11 begins, and we see them embrace their new roles as grandparents to Haley and Dylan’s children, who now live with them. In the first episode of the season, titled “New Kids on the Block,” Haley and her parents struggle over which parenting method suits the twins best. Meanwhile, Luke is in community college, attempting different start-up business ventures and embracing his status as a bachelor on the prowl for older women. Alex, who’s graduated from college, finds herself torn between different paths once she’s faced with her first real experience on her own in the world. As a straight-A student who has typically been assured of her success, the uncertainty of adulthood finds Alex erring towards the more “stable” choice of the corporate world at the expense of her philanthropic aspirations.

The Pritchett-Tucker Clan – The Subversive Opposites 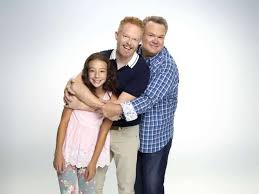 Known to be one of the more revolutionary family units in 21st century television, the Pritchett-Tucker clan have been at the forefront for mainstream homosexuality in television during a dynamic time of growth in the Internet age. Although shows such as “Will and Grace” and “Golden Girls” included gay characters, Cameron Tucker (Eric Stonestreet) and Mitchell Pritchett (Jesse Tyler Ferguson) updated how sitcoms include and portray members of the LGBTQ+ community.

Representing two different personality types— Midwesterner Cam taking on the more flamboyant, dramatic role while city-slicker Mitchell exudes a dry sardonicism— the pair balanced each other out throughout the run of the show. With their adopted daughter Lily (Aubrey Anderson-Emmons), the Pritchett-Tuckers provided a well-grounded model of a gay-parented family and displayed that no matter the gender and sexuality of the parents, the core values of a strong family bond remained.

In the first episode of Season 11, Cam invites troubled kids to their house while on a mission to educate “wayward teens.” Encouraging them to open up, he approaches Mitchell to speak to them about the law. After an incident following the disappearance of a clown statue, things take a turn towards a more traditional “Modern Family” prank at Mitchell’s expense. Seeing it at the beginning of the final season brings about a nostalgia and fondness for past story beats that hit the same twists as before. The rest of Season 11 will find Cam and Mitchell facing Lily’s approach into puberty and self-consideration for their future life changes.

The Pritchett Clan – The Generational Revolutionists 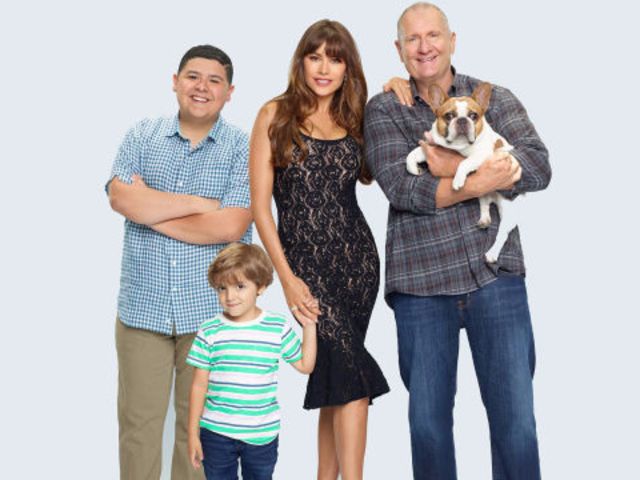 While the Dunphy clan explored the deconstruction of the traditional family structure and the Tucker-Pritchetts offered mainstream media a better look into the workings of a queer household, the Pritchett clan explored the dynamics between four different generations in one household. Made up of patriarch Jay Pritchett (Ed O’Neil), Gloria (Sofia Vergara), Manny (Rico Rodriguez) and Joe (Jeremy Maguire), the conflicts within this family came out of stigmas surrounding age-gap relationships, mixed-race relationships, remarriage and creative expression. Claire and Mitchell— Jay’s children— are forced to come to terms with their father’s marriage to a woman their age from the very beginning of the show. Manny’s growth into the creative field through his varying hobbies-of-the-week often clashed with his more traditional father’s ideals of masculine identity. By far, this family unit saw the most contention, with four different perspectives, ideals and experiences coming to clash together.

In Season 11, the Pritchetts focus on raising their young son Joe while Manny— a junior in college— explores the world in search of his creative vision, embracing the world of arts as he always has. Gloria has gone back to school, leaving Jay with Joe as she embraces a career in real estate. Forming a partnership with Phil, she’s made a name for herself in the local real estate circles. On the other hand, Jay’s mid-life crisis is explored as he yearns for the life he retired from while taking on the role of househusband to care for Joe. The remainder of the season will likely find Jay and Gloria searching for a compromise to balance out their swapped lifestyles.

Wrapping up an Era 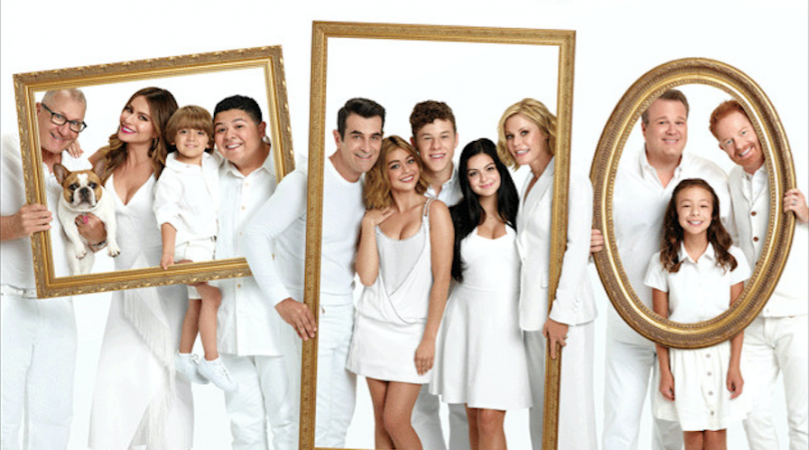 At the end of each episode, regardless of the conflict, the strings tying the families together always remained strong. It’s commonly said that family consists of the people who offer love and support unconditionally, guiding with confidence and trust. For most people, family extends beyond the traditional blood relations to those they truly hold dear in their lives.

As fans prepare to say goodbye to their favorite households, “Modern Family’s” legacy will last far beyond its series finale. Spreading across the characters’ expanse of different personalities, philosophies and ideologies over the past decade, “Modern Family” has taught viewers everywhere that family can be found anywhere, no matter the shape or size.