The Hurricanes (2-2) have a bye this weekend before facing Virginia Tech (2-1), and defensive end Trevon Hill is using the extra week to prepare to face his former team.

Hill was a three-star defensive end coming out of Salem High School in Salem, Virginia, when he committed to Virginia Tech, where he played for three seasons after he redshirted his freshman year. During his time as a Hokie, Hill recorded 94 tackles, 20 tackles for loss, and 11.5 sacks. Hill only played in three games in the 2018 season and was dismissed from the team by Hokies coach Justin Fuente following a halftime locker room confrontation against Old Dominion. He was not part of the team when the Hokies played Miami in 2018. After graduating from Virginia Tech with a degree in property management, Hill entered the transfer portal, leading him to the Miami Hurricanes for his final season of eligibility as a graduate transfer. 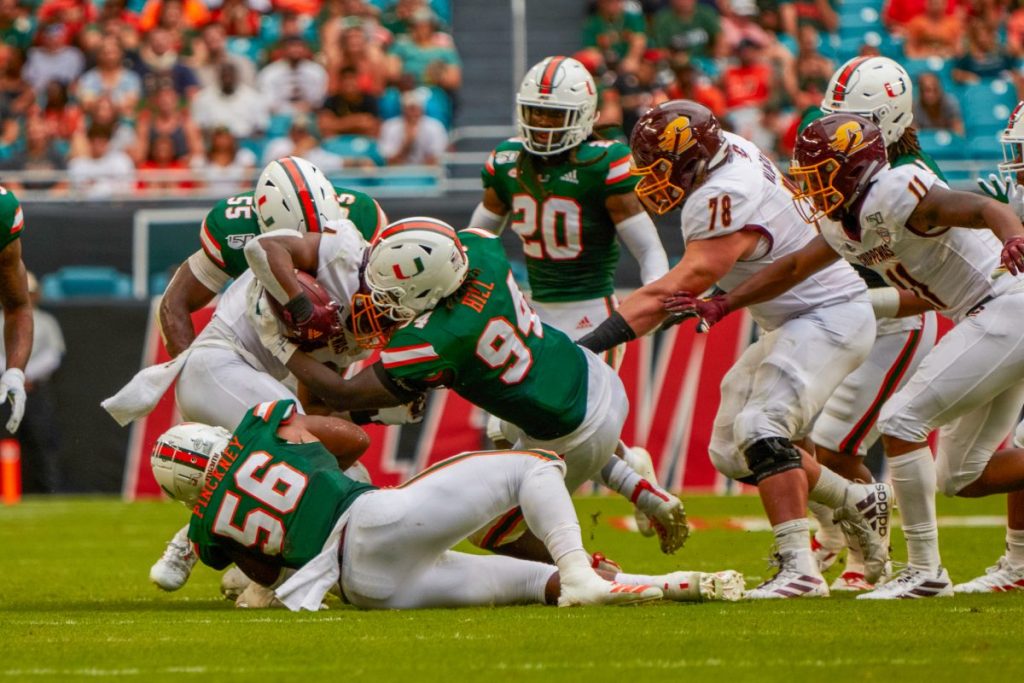 “I just feel like the tradition they had, the type of defense they had, the people that I was going to be around, I just felt like it was a home outside of a home,” Hill said of his decision to continue his player career at Miami.

Hill is still close with many of his former Virginia Tech teammates, but said he is happy to now be a Hurricane.

“We have a great relationship,” Hill said. “Me and them guys are close, so I mean, it was hard to leave, but I’m here now and I’m happy to be with these guys.”

While preparing to face his former team, Hill is trying to use his experience as a member of the Hokies defense as an advantage to help out his teammates on offense.

“I tell them things that they should look out for, some things that I have seen on film and some things I already know, so it’s to help these guys out, cause I mean, we all want to win,” Hill said.

Hill also acknowledged facing his former quarterback Ryan Willis will be a little different now that they are on opposing teams.

“Willis is a good quarterback man, I respect his game, but at the end of the day he’s wearing VT and I’m wearing the U, so I gotta get after him,” Hill said. 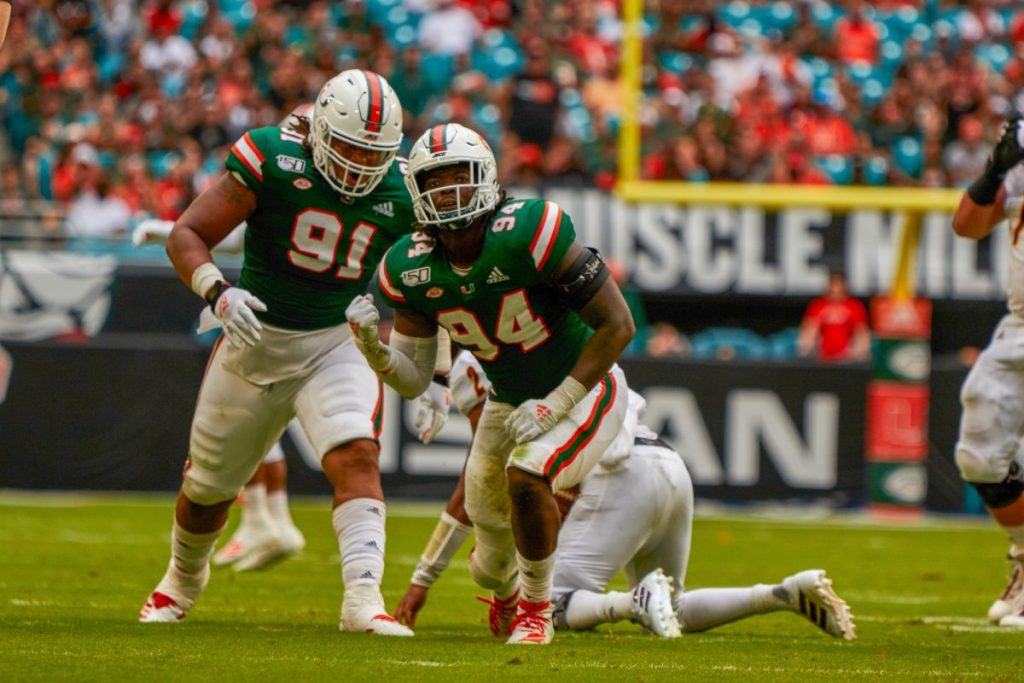 Hill’s production on the field has begun to pick up just in time. He recorded three tackles last week against Central Michigan, including his first sack as a Hurricane.

“It felt good, but I’m not satisfied,” Hill said about getting his first sack. “It took me four games to get one sack, so I’m pissed off about that. There’s more to come.”

“I’m sure it’s an important game for him, but to me what I’ve enjoyed about him is the way he works, he’s gotten better every week,” Diaz said. “He’s just been eager to learn, eager to work and I think his production has increased every week through the first four games of the season.”

“I couldn’t even express to you how bad I want to play this game,” Hill said.