Renowned African-American artist, sculptor and educator Joyce J. Scott is bringing her work to the University of Miami’s Lowe Art Museum, using her art to convey themes such as racism, classism and sexism.

Her exhibit, titled “Truths and Visions,” is part of the Myrna and Sheldon Palley Glass Artist Lecture Series. It will be showcased 7-9 p.m. Sept. 26. 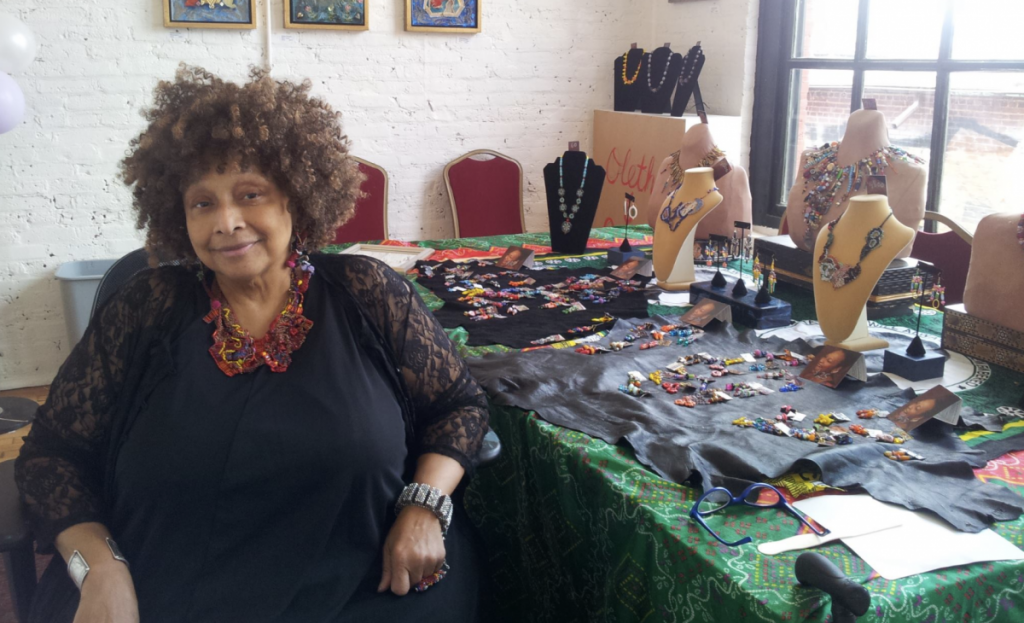 Scott, who was born in Baltimore in 1948, has always had an interest in art. At a young age, her mom, who was a quilt maker, encouraged Scott’s passion, and the mother-daughter duo even collaborated with each other.

Scott’s art is influenced by her African culture and Pentecostal upbringing. She uses glass beadworks and other small objects to create intricate sculptures. Her artwork usually represents a part of her life and conveys a broader issue such as trauma and rage about African and African-American history.

Scott describes herself as a “muckraker.”

“[I’m] audaciously proud of it,” she said. “I would like people to be uneasy.”

Her art has been shown at locations around the United States, including the Smithsonian American Art Museum in Washington, D.C., the Museum of Fine Arts in Houston and the Museum of Arts and Design in New York. Scott has also received many honors and awards such as the MacArthur Fellow and a fellowship with the National Endowment of the Arts.

“Over the last four decades, Scott has honed her craft and delivered striking visual narratives through masterful technical skill, while demonstrating an ongoing interest in collaborating with craftspeople across the globe,” said Glenn Adamson, the Nanette L. Laitman director at Museum of Art and Design.

What: Joyce J. Scott will be presenting her collection, titled Truths and Visions. The event is free for all attendees.