Rivalries aren’t only exclusive to football. The University of Miami’s club tennis team finished off last season as regional champions. In their 2019-2020 season opener at the University of Florida, however, they suffered a close 25-24 defeat to the Gators in the final.

Despite the loss, the team captain, Daniela Gonzalez, remains confident in the Hurricanes’ ability. 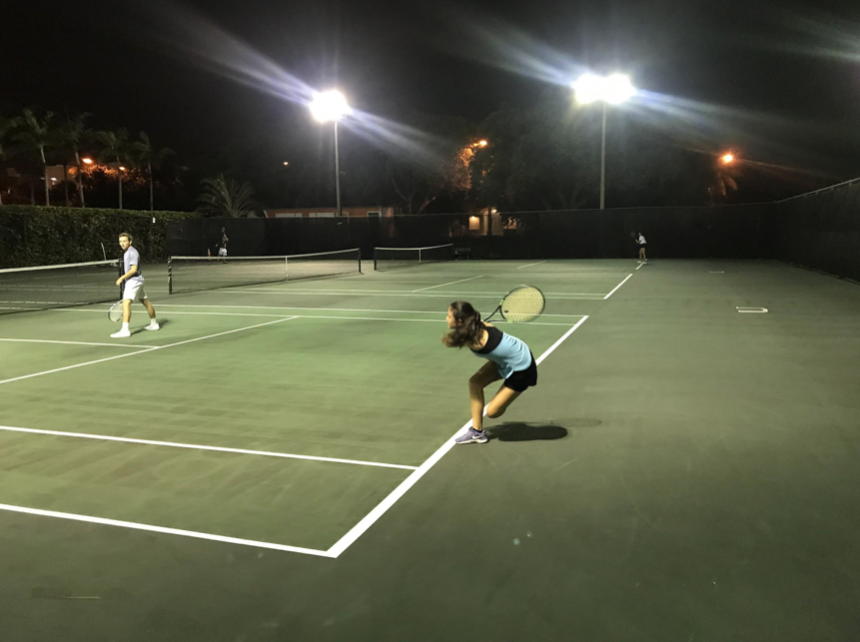 “I think we have a really good chance of winning the whole thing, not just sectionals or regions,” Gonzalez said. “We’re gonna win. We’re gonna win nationals. We’re gonna bring that back for the first time.”

Last year, on the way to claim their first ever year end title, the Canes defeated UF in the finals. While UM fans are not new to rivalries, a Miami-Florida rivalry is almost unheard of in tennis.

“UF has always been the [regional] champion, it was the first time we beat them last year,” Gonzalez said. “For them to be hosting this tournament and have their best players, we came that close. That’s very good. They had their strongest players. we didn’t.”

While the rivalry is strong, the tensions between the opposing players are not.

UM went on to win three out of the five singles and doubles events, with wins in women’s doubles, men’s doubles and women’s singles. The Canes are now preparing for their next tournament, which will take place on Saturday, Sept. 28 at Florida Atlantic University.