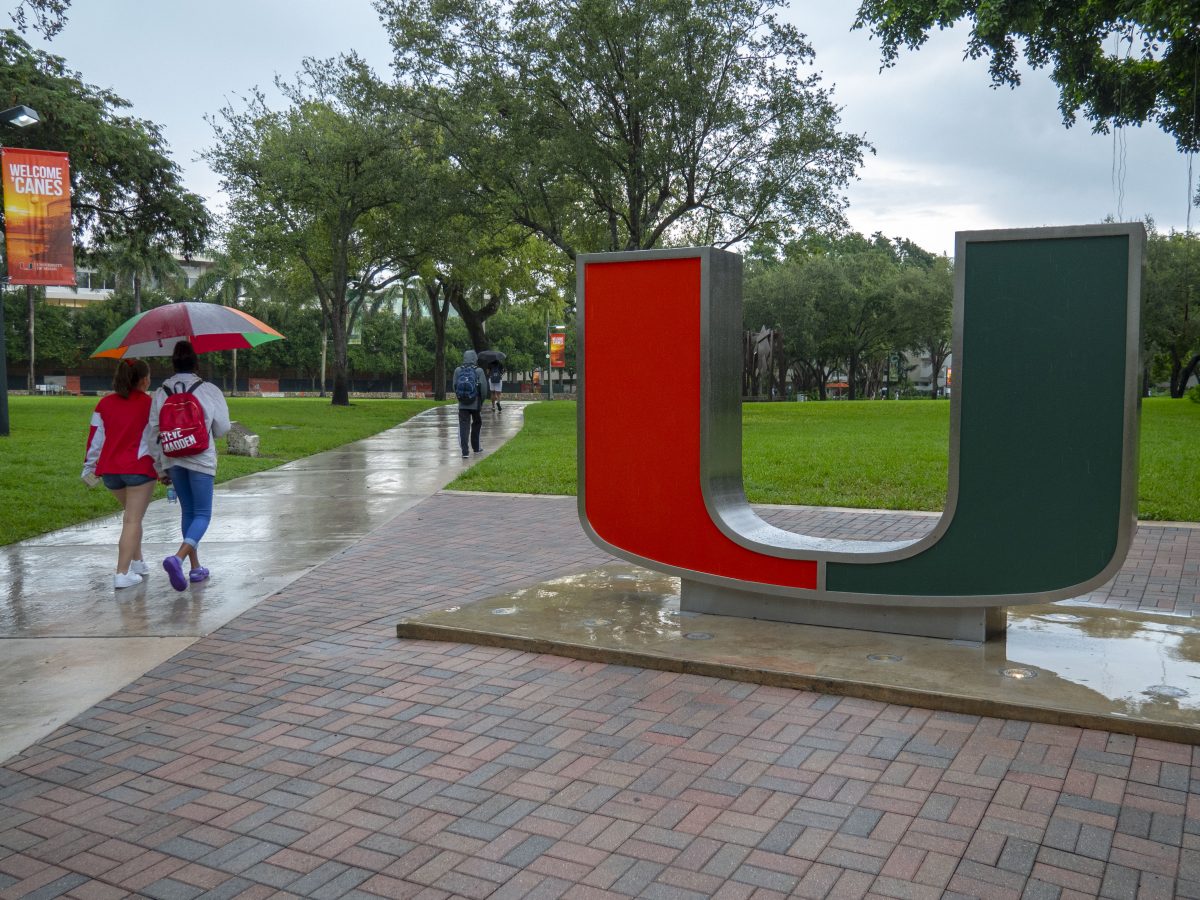 For the second year in a row, the University of Miami was marked outside of the top 50 universities in the United States by U.S. News and World Report. In the past year alone, UM dropped three spots and now stands 57th in the country, tied to rival Florida State University. This is the third consecutive year that UM has dropped in ranking.

In response to the report, Provost Jeffrey Duerk said the university takes these rankings seriously.

“Since I arrived, we have been taking an active role in ensuring UM is the strongest possible,” Duerk said.

Breaking it down: The U.S. News algorithm and UM’s progress

One of the points of improvement for the university is first year retention rate, which accounts for 4.4 percent of overall ranking within the U.S. News algorithm. To address this, Duerk said the university redesigned the student accounts, financial aid and registration process and has new residential buildings coming in 2020. These plans are aimed to improve the overall student experience, he said.

“We take these steps not because they will improve our rankings, but because they are fundamental to our core mission,” President Julio Frenk said in a message to faculty and staff addressing the report.

Current residential facilities are what senior Harry Hewson, majoring in economics and political science, said he believes is “fixed at the core” of UM’s problems with retention rate.

“Somebody could have a great fit here, might fit in with the people here, might have great friends, the classes might be just right for them, but simply because the housing is terrible, they might say ‘I can’t do this anymore, I have to leave,’” Hewson said. He noted that Stanford-Hecht and Mahoney-Pearson, in particular, are causes of complaint for many students.

Student outcomes including retention rates and six-year graduation rates, as well as measures for social mobility tracking Pell Grant students, now account for 35 percent of the U.S. News algorithm, a change made in the fall of 2018. That was the same year UM dropped from no. 46 to no. 53. This past year, the algorithm shifted once again, removing high school counselor’s assessment from consideration, deferring all marks in expert opinion to peer review among other universities. According to the provost, UM’s peer-reputation score has greatly improved over the past few years. Expert opinion accounts for 20 percent of the overall score determining ranking.

In 2018, U.S. News also removed acceptance rate as a ranking factor, an area UM performs well in, reporting a rate of 27 percent for the class of 2023. That year the algorithm also changed to decrease the weight of expert opinion, SAT and ACT scores and high school class standing.

Florida public universities on the rise

UM peaked in ranking at no. 38 in the 2012 report, during former President Donna Shalala’s tenure. Now 19 spots away from that point, UM is tied with FSU at 57th, sitting 23 spots from the University of Florida, which is ranked no. 34.

FSU experienced an incredible upward soar in rankings in the past four U.S. News reports, jumping 35 spots from no. 92 in 2017 to match UM at no. 57 this year. FSU is now ranked no. 18 for public universities.

Similarly, UF steadily moved up in ranking the past four years, from no. 50 in 2017 down to no. 34 in the 2020 report, making it the highest ranked university in the state, a bragging right that UM and UF have battled for over the past decade.

The rise of UF and FSU, both large public universities in the state of Florida, meets a goal set by former Gov. Rick Scott, who sought to have a top 10 research university in the U.S. and another public university in the top 25. In February of this year, Gov. Ron DeSantis unveiled a budget plan to increase performance funding for state universities by $66 million. This money is purposed to help bolster programs and investment in students without hikes in tuition.

As both UF and FSU experience surges in ranking, Duerk said UM’s fall has prompted the university to look into the methodology for how it is reporting its data to U.S. News.

The faculty senate, several professors and the dean of the Miami Business School John Quelch declined to comment.

In further response to the ranking, Duerk said that USNWR is just “one-yard stick” and touted the many other ongoing marks of progress that members of the UM community have reason to be excited about.

“I think UM is one of the most vibrant and vital universities in the U.S.,” Duerk said. “The diversity of its degree programs, the diversity among its students, the credentials of our students, our nationally recognized research, our selectivity and yield, and our student to faculty ratio, certainly place us among the best universities in the U.S.”

Students respond to the ranking

For junior Ashia Latimore, a marine science and chemistry double major, the drop in ranking did not shake her view of the quality of education at UM, she said.

“Academically, I wouldn’t be here if I didn’t think it was a really good place to be,” Latimore said.

Other students agreed that ranking didn’t play a huge factor in their decision to come to UM and doesn’t affect their current views of the university.

“Ranking will only tell you so much,” said Hewson, who decided to come to UM after studying film at the UM Summer Scholars program. “You do have to go back to simply going to the school. If it’s a good fit for you, then it’s a good fit.”

However, Hewson went on to say that if he was a senior applying to schools right now, he might feel differently.

“If I was a senior in high school, and I’m tracking university growth, I might be less inclined to go to some place that has been dropping steadily over the past couple years,” Hewson said.

Jack Borowsky, a current senior at Staples High School in Westport, Connecticut is considering applying early decision to UM. He said he looked at rankings when choosing where to apply, but he also used a website called Naviance that matches students to schools that might be a good fit based on their strengths and credentials. The website matched Borowsky with UM and he “fell in love with the school ” after visiting.

“There’s schools that might be ranked higher than Miami, but when you look at the Naviance scores, Miami is a lot harder to get into,” Borowsky said. For him, ranking isn’t as important as “the high-level sports and academics,” warm weather and campus environment that he sees at UM.

Duerk said students have the opportunity for a great college experience at UM.

“No ranking can measure the level of student access or engagement, or how each student embraces the opportunity of the university,”

Amir Mahmoud and Jesse Lieberman contributed to the reporting of this story.