Rolling off a tough loss against their in-state rival Florida Gators, the University of Miami soccer team (3-2-1) hoped to bounce back as they traveled to Blacksburg, Virginia, where they faced a tough match against a ranked Virginia Tech team (8-0).

Unfortunately, the Canes weren’t able to come away with any points in the second of three away games over an 11-day period, falling 0-2 to the Hokies.

Virginia Tech’s consistent attempts at goal proved too much for a Miami team that couldn’t keep up with the sheer volume of shots. Layering on 16 shots, six on target, Virginia Tech left Miami in a slight backpedal throughout the match, a backpedal they were unable to transition into substantial shots on goal. Unable to get a shot until the 37th minute, Miami struggled to move from the backline into the attacking third to get enough convincing shots of their own. 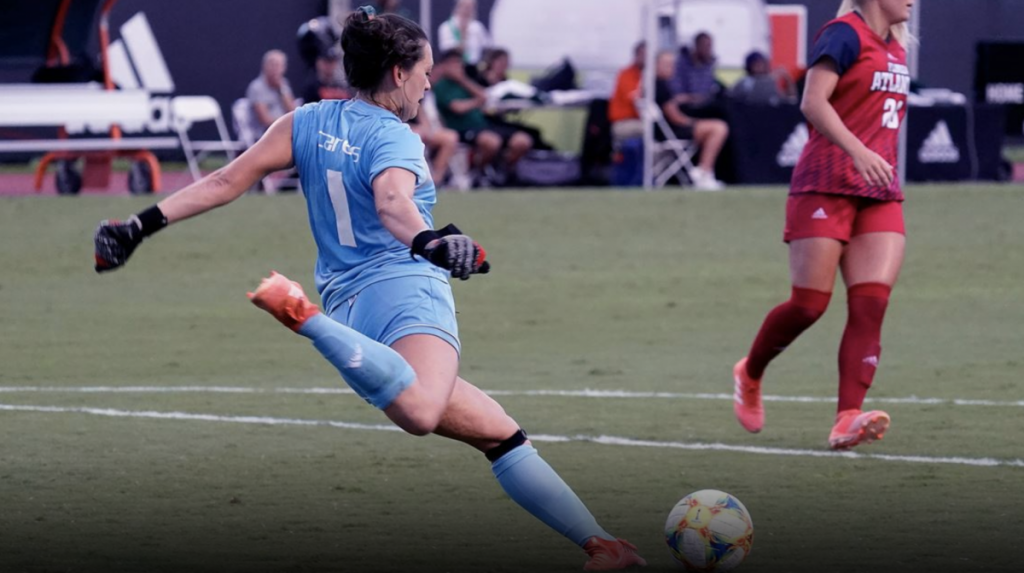 With the 16 Virginia Tech shots being spread over both halves (eight in each), Miami’s strong offensive series appeared in small pockets. The only string of shots by Miami was found in the 59th through 61st minute, where the Hurricanes forwards forced two saves by the Hokies keeper. One of those shots was taken by Kristina Fisher, who continues to be a creative and dangerous force in the attack. She leads the team with shots on target, with nine so far this season.

Scoring in both the 7th and 85th minute for Virginia Tech, Emily Gray ups her tally to three goals against the Hurricanes as a sophomore. She leads Virginia Tech with 10 points through their first nine games.

Going the distance and playing the full 90 minutes for the third time in a row, sophomore goalkeeper Tyler Speaks notched four saves against the most shots she has seen in her young career. Having made 10 saves in the last two matches, she continues to prove to be a promising young keeper going forward as her role as a shot-stopper grows.

As Miami progresses into a competitive conference, they are going to start looking for immediate improvements. Creating no corners for themselves and having only a fourth of the number of shot’s their opponent took is a rather underwhelming recipe for success on a soccer pitch. That being said, the Hurricanes are talented enough to produce points in their tough conference.

The Hurricanes next match is against Boston College on Sept. 26 in their second conference game of the season. In the last meeting between the two teams, the score ended in a tie in a well-contested match.

Sam Smith publicly declares ‘they/them’ pronouns
At long last, the Patriots do something good for the NFL