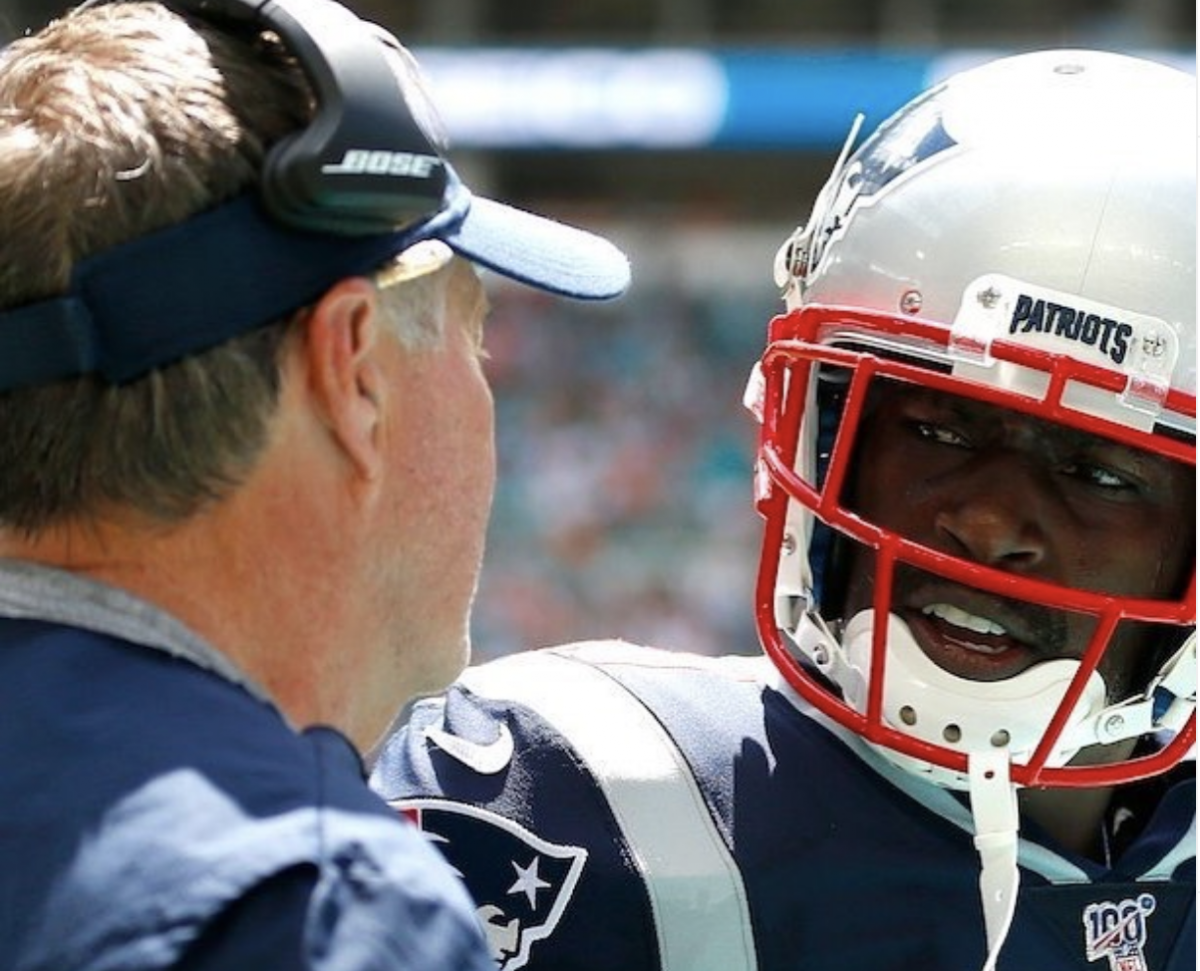 I would like to preface this by admitting that I am from Pittsburgh, and I am sure you can guess my opinion concerning Antonio Brown and the New England Patriots. I can’t believe I am actually saying this, but for once in my life, I am happy with the professional football team from Boston. On Friday, Sept. 20, they finally decided to cut ties with ex-Steeler Antonio Brown.

The day after the four-time, first-team All-Pro wide receiver forced his way off the Oakland Raiders and signed with the Patriots, Britney Taylor, Brown’s former trainer, accused him of two instances of sexual assault and one instance of rape. While Brown denies all the accusations, evidence has emerged of damning messages he sent to the victim.

Just before his Patriots debut, Brown was accused of sexual assault by yet another woman. On Friday, September 20, she provided evidence of a group text conversation where Antonio Brown intimidated and threatened her to stay quiet. Brown cannot be tried criminally for his inappropriate sexual advances on Taylor since the statute of limitations has passed; nevertheless, if he really did threaten the unnamed woman, he can be tried for criminal harassment in Massachusetts.

The New England Patriots are one of, if not the most, shameless teams in the NFL. They sign and retain players who routinely get in trouble with the law; they have a coach who often blinds himself to the severity of his players’ poor conduct; they have an owner who is embroiled in a criminal controversy of his own; and yes, they cheat and routinely get away with questionable calls and rulings from referees. However, they may have somewhat changed that narrative by finally reacting to the absolute egregiousness of Antonio Brown’s misconduct.

I would like to thank Antonio Brown for being a role model of how NFL players should not conduct themselves. This is karma for Brown treating my Pittsburgh Steelers and the Oakland Raiders with a complete lack of respect, joining the Patriots just to win a Super Bowl, being a “diva” throughout most of his professional career, and lying to and manipulating his former teammates. Brown forfeited $30 million in guaranteed money because of his antics in Oakland, and the Patriots will most likely retain his signing bonus. With all the legal and career-related troubles coming his way, business is indeed booming.

And finally, as much as it pains me to say it, I would like to thank the New England Patriots for finally waking up and realizing who Antonio Brown really is. Many stars in the NFL who have been in similar situations have avoided what they truly deserved. New England absolutely did the right thing by letting go of Brown. They are definitely not off the hook for signing such a polarizing person, but finally, it seems as if the Patriots care about the character and conduct of their players more than just winning Super Bowl rings.

To make me really love you New England, blow a 28-3 lead against the Atlanta Falcons in the next Super Bowl. Then, I will buy a Tom Brady jersey and declare him the greatest quarterback of all time.

Zachary Zytnick is a sophomore majoring in accounting and economics. He is the Online Editor for the Miami Hurricane.