Thousands of people gathered on the steps of the Miami Beach City Hall, many of them students. They held up homemade signs that read “There is no Planet B” and “Our house is on fire.” They chanted calls to action, anything to get the attention of the city officials working in the building above.

And they were all there for one reason: to demand that Miami’s politicians treat climate change as a serious threat.

That same day, Sept. 20, students held thousands of strikes worldwide to protest climate injustice perpetrated by their governments. According to the New York Times, over four million people went on strike around the globe. They all demanded immediate, aggressive action through policy and systematic change to fight the climate crisis.

This was the first-ever globally-coordinated demonstration by children and young people demanding climate action.

Miami, a city on the forefront of the problem of sea level rise, had its fair share of civil disobedience on the steps of Miami Beach City Hall. Hundreds of frustrated students went on strike during the two protests that took place that day. 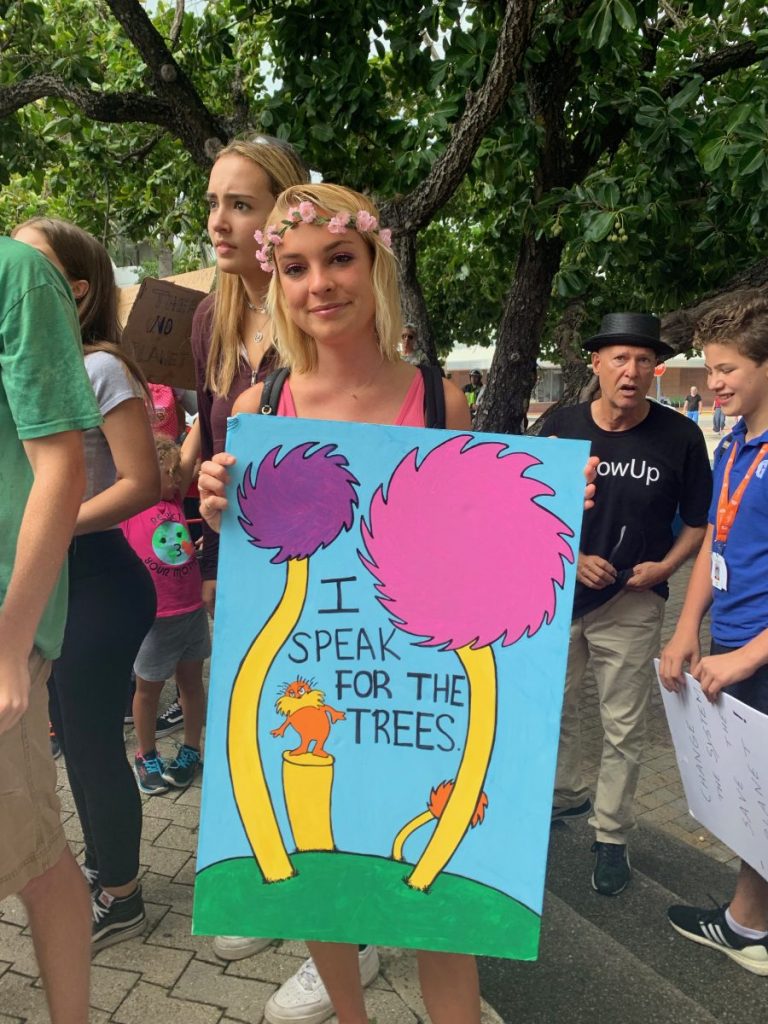 From the City Hall building, a “Thank you!” sign could be seen from below pasted against one of the windows.

Middle school, high school and college students all banded together, skipping classes in the hopes of making the local government aware of how much they value their future. University of Miami students were seen in the crowd as well.

“We’re fed up,” said the chair of UM’s Energy and Conservation Organization Agency Talula Thibault. The environmental activist has worked closely with the university for years to implement sustainable policies.

She said the strike is more important than anything else she could have been doing that day. 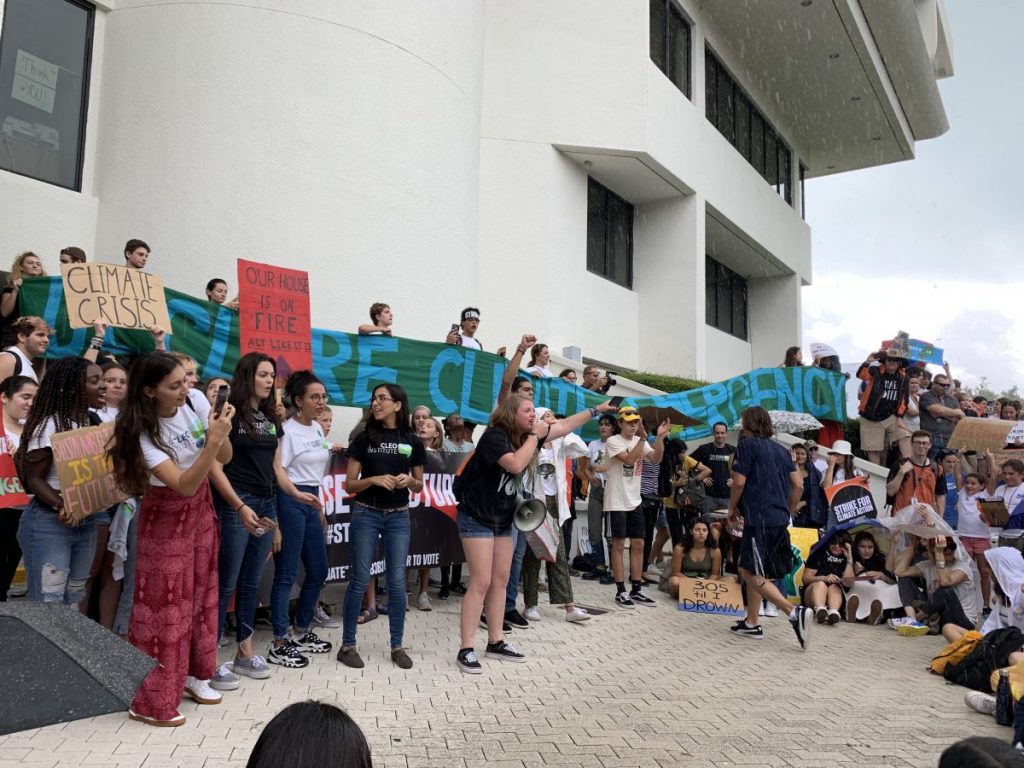 Climate activist, author and educator Delaney Reynolds, a junior at UM, spoke in front of the students on strike during last Friday's protest

Junior Delaney Reynolds, chair of ECO Agency’s Green Committee, is another champion for the battle against global warming. “It’s time for action,” she said. “It’s not time anymore for resiliency or mitigation. We don’t have enough time.”

Reynolds, a marine science and geology double major, spoke briefly in front of the protesters on the importance of sending a strong message to politicians about the direness of the climate situation.

“I hope that today, political leaders will see that we are serious about this topic and that we do want changes and not just lackadaisical words,” she said.

“I just hope people listen. I mean, that’s all we want, really,” said sophomore marine affairs major Sophie Colantuono. “We need the people who are going to be able to implement the policies to listen.” 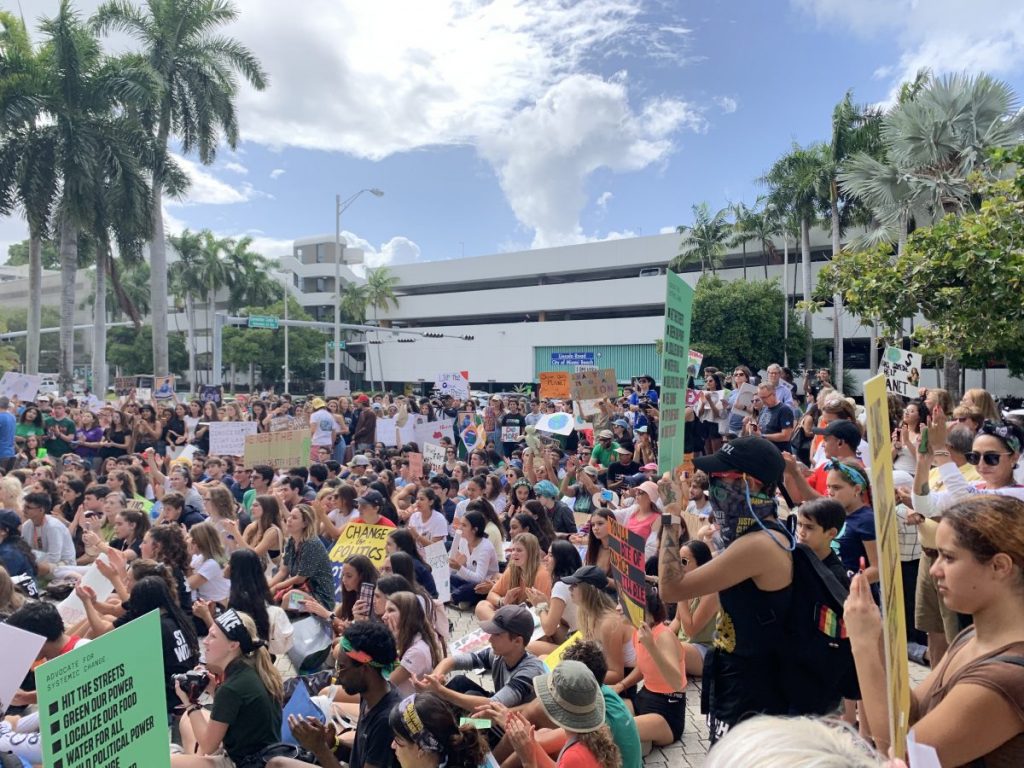 The global youth climate strike was proposed and promoted by sixteen-year-old Swedish climate activist Greta Thunberg who first went on strike against the Swedish government herself in August of 2018. Just over a year later, momentum has grown tremendously in her mission to rally against world leaders and demand action against climate change.

“Someone once said every storm starts with one drop, and I think today is one of those drops,” said Thibault.