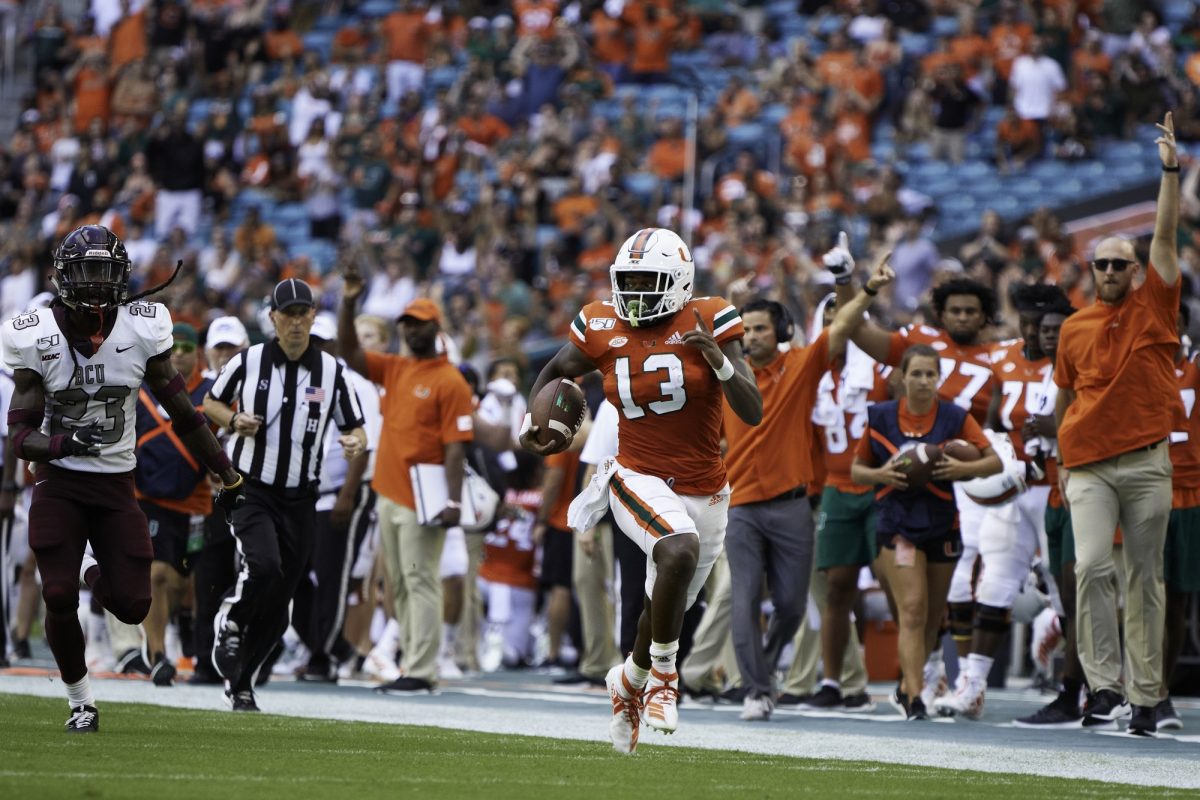 The Miami Hurricanes head back to Hard Rock Stadium this Saturday looking to build on their first win.

Head Coach Manny Diaz wants his players to focus on areas of the game that they can control such as missed assignments and miscommunications.

“It’s momentum, but it’s really improvement, we talked about the improvement from game one to game two, game two to game three, our number one thing in our plan to win is to play clean, that has really nothing to do with the opponent, those are all things that we control,” Diaz said.

“It was a blessing, I was ready for it since my freshman year,” Harley said. “I have to take that next step, I have no more time to waste, I’m maturing and I have my confidence and I’m trying to be a leader on and off the field.”

Now it’s time for the Hurricanes to win back to back games for the first time during the Manny Diaz era.

Central Michigan (2-1) is coming off a 45-24 win against Akron last week. The Chippewas won just one game in 2018. Jim McElwain returns to the sunshine state after coaching at the University of Florida from 2015-2017. Central Michigan is averaging 27.7 points per game and is winless on the road this season, allowing 35.3 points per game, which is a good sign for the Hurricanes offensive.

This is a game the Hurricanes should definitely win, especially after building confidence at home last week. Linebacker Romeo Finley returned to practice this week and is expected to play alongside running back Lorenzo Lingard, who is hoping to make his season debut. Lingard, a five-star recruit out of Orange City, FL, has not only battled injuries but also a deep running back room since coming to Miami. It will be interesting to see how Miami fits Lingard into the running back rotation that has been producing, led by DeeJay Dallas. Defensive tackle Nesta Silvera returned to the practice field this week after being out following foot surgery. Silvera will not be playing this week, but should be able to suit up in the coming weeks.

The game is set for 4 p.m. at Hard Rock Stadium in Miami Gardens, FL and will be televised on the ACC Network.