Miami traveled to Fort Worth, Texas for two games this weekend in the Add-Ran Cup, where they fell in both matches. On Friday evening, the Canes lost 3-0 (25-15, 25-17, 25-21) to the Texas Christian University Horned Frogs. The University of Miami’s hitting percentage climbed during each set, but it wasn’t enough to get on the scoreboard against the host team. Freshman Kennedy Price, who is from the Lone Star State, led the Hurricanes in kills with a total of 14. Fellow freshmen Savannah Vach led with 27 assists and Amanda Falck led in digs, with a total of 10. Price notched a double-double with a team-highof 18 kills and 12 digs in Saturday’s 3-1 (25-22, 25-23, 24-26, 25-18) loss to Auburn. Vach led in digs with 13, but it wasn’t enough to help the team prevail, as Miami fell to a 2-3 record on the year. The Canes will take on Florida Gulf Coast, Central Florida and Florida Atlantic Sept. 20 and 21 in the Sunshine State Challenge, which is hosted in Orlando.

UM was in action twice this week and got the weekend off to a nice start with a 4-0 win over the Stetson Hatters Thursday evening at Cobb Stadium. In the middle of the first half, the match was halted for over an hour and a half, but upon returning to the field, the Canes wasted little time lighting up the scoreboard. Goals in the 44th minute from Kristina Fisher, the 58th minute from María Jakobsdóttir, the 67th minute from Ariana Muzoz and the 69th minute from Sierra Frey helped the Canes secure the victory. Goalkeeper Tyler Speaks earned her first career complete-game shutout in the win. The Hurricanes traveled up to Gainesville on Sunday for a clash with in-state rival the University of Florida. The teams went into halftime still scoreless, but a trio of Gator goals caused Miami to fall to 3-0. UM opens up ACC play Sept. 21 at Virginia Tech. 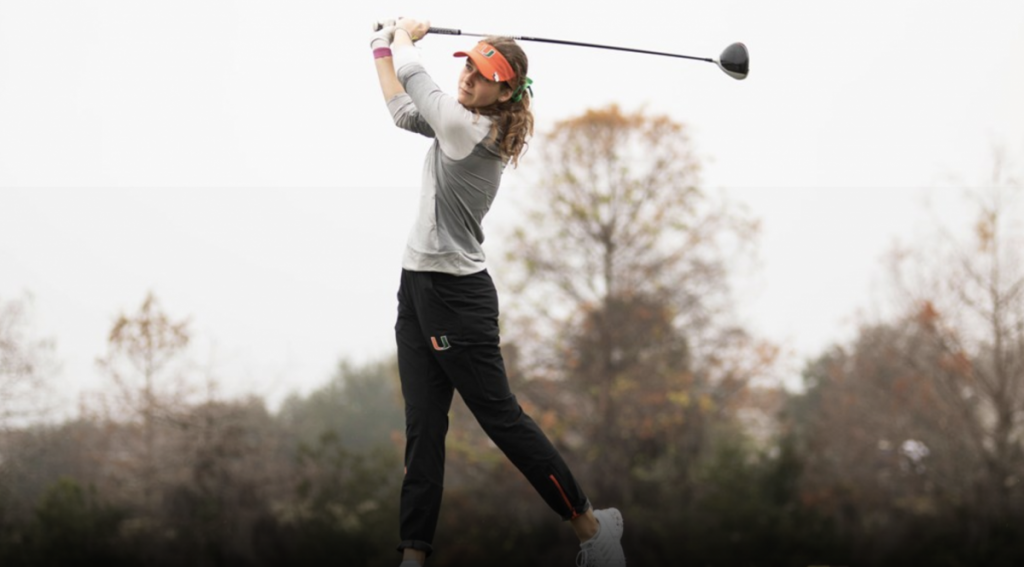 The Canes traveled up north Sept. 9 and 10 for the Minnesota Invitational, taking home an eighth-place overall finish in the weather-shortened event, shooting 12-over par as a team. Junior Kristyna Frydlova led individually for Miami, finishing tied for 12th on the individual leaderboard while shooting one-over-par. Senior Renate Grimstad was close behind, shooting two-over-par and was tied for 17th place individually. The golf team will take action again Sept. 27 at the Schooner Fall Classic in Norman, Oklahoma.

How ‘hot girl summer’ turned to ‘hot girl semester’ and how you can participate
Despite shut-out victory, Hurricanes still have work to do