Home » Despite shut-out victory, Hurricanes still have work to do

Despite shut-out victory, Hurricanes still have work to do

Winning a game 63-0 is always a good thing, especially for a team that started the season 0-2 for the first time since 1978. Now, head coach Manny Diaz can rest a little easier with his first career victory in the books.

“There are a lot of happy faces in that locker room and a lot of guys that have worked very, very hard for this feeling and for this day,” Diaz said. “The game went about as we thought it would.”

But despite snapping their losing streak, the Canes still have work to do following the home victory against Bethune-Cookman. 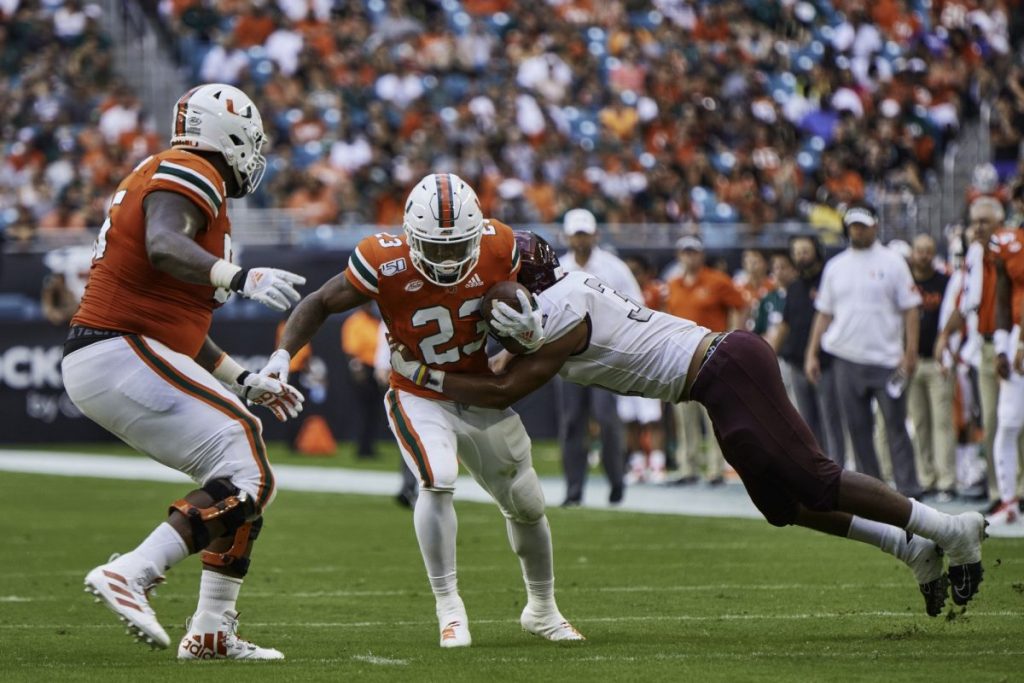 Redshirt freshman quarterback Jarren Williams finished his start strong with 19 completions in 24 attempts. But until the end of the second quarter, Williams looked spotty, and there was still something to be desired against the Wildcats.

However, he was able to flip the switch in the second half.

“Jarren continues to improve,” Diaz said. “But, like I said, going through the course of the game, there will be so much that he can improve on. We forget that, while he’s off to a good start, it’s still his third game and his first game at home, and there’s a different dynamic playing at home. It’s going to be fun to continue to watch him develop at quarterback.”

Running back DeeJay Dallas continues to amaze with 109 rushing yards on 12 attempts.

“I call him ‘the sparkplug’” Williams said. “He gets things going. When we face adversity, he’s a guy that we can count on to respond.”

Besides Dallas, the team’s run game was not efficient. Cam’Ron Harris had the second-most attempts, 10 total, and finished with 34 yards.

“We knew Mark’s day was coming,” Diaz said. “It was a great job by Jarren to get him the ball.”

Last season, four quarterbacks received reps against the Savannah State Tigers in Miami’s home opener. This time around, only two saw action: Jarren Williams and N’Kosi Perry. The Hurricanes have yet to have transfer quarterback Tate Martell throw a pass.

As a whole, the defense was fantastic. With only one turnover, the Bethune-Cookman Wildcats posted just 137 yards on 48 plays. 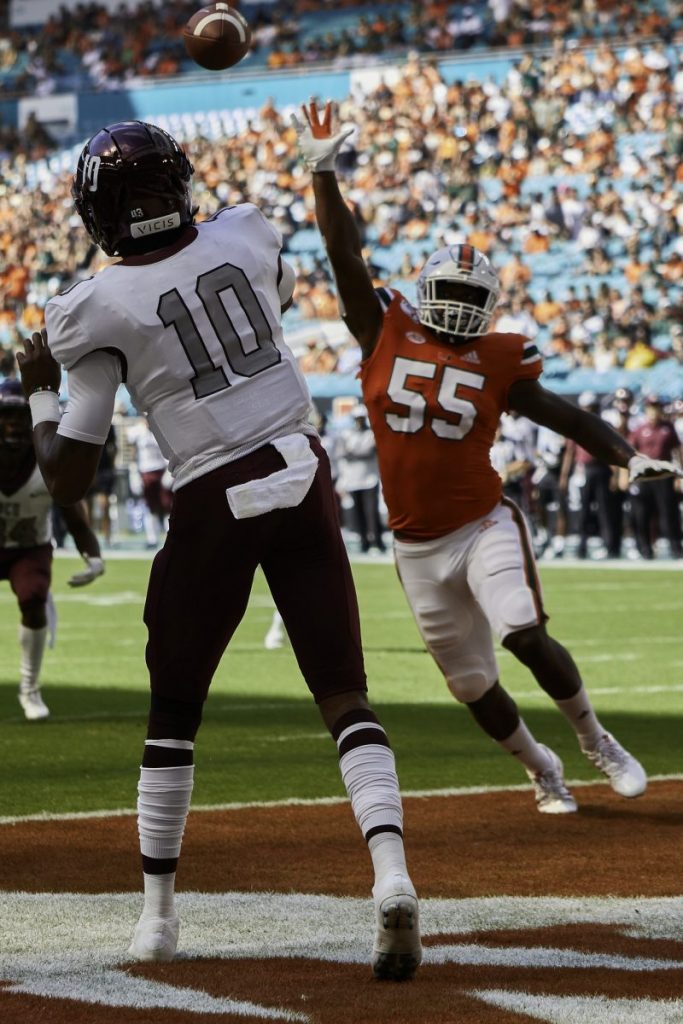 “We finished better in the second half than we did the first,” Diaz said. “We talk about that, no matter what the quarter and what the score, that we would play full speed, and I thought that all of our guys, everyone that went into the game, lived up to that.”

“We know that he is talented,” Diaz said about Baxa. “The thing that we talked about is fully committing to your stroke and finishing. I thought that he had a great day kicking off and obviously he was perfect on all his PATs, so we’ll analyze what happened.”

The blowout victory was a success, but so far Miami is 0-2 against Power Five conference opponents. The team needs to show more going further into the season.

“I think that we have confidence now that we have a win,” Diaz said. “Teams need to win because you want the reward for the hard work, but there’s no one in the locker room that is satisfied. Now we have a chance to improve, move on and try and get this feeling week in and week out.”

The Canes will take on the Central Michigan Chippewas at 4 p.m. Sept. 21 at Hard Rock Stadium.