Ultra Music Festival, an integral part of Miami’s music scene since 1999, was held at the iconic Bayfront Park for 17 years. Last year, that changed. Despite the thousands of tourists (and millions of dollars) the festival attracts every year from every corner of the globe, the City of Miami decided not to renew Ultra’s contract in response to complaints from area residents regarding noise and chaos.

The festival was ultimately moved to Virginia Key for a $2 million dollar fee. About a 12-minute drive from Bayfront Park, Virginia Key still showed off the buildings of Downtown Miami and Brickell, but simply could not compare to the beloved Bayfront.

So, this year, Ultra is coming home.

A lot of University of Miami students attended this past Ultra and had overwhelmingly negative feelings about the new location. 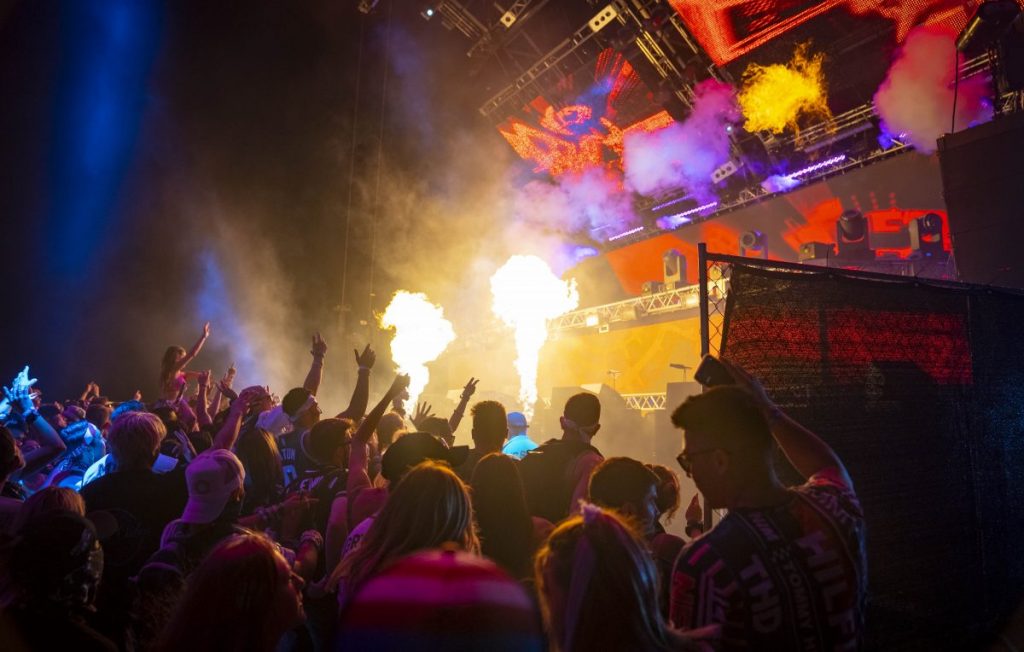 Savannah Walters, a junior double majoring in marine biology and communication studies, was not shy with expressing her disappointment.

“I thought the new location was going to be cooler than what it was. I wish we could see the water or the beautiful buildings in the skyline” she said.

A lot of students, including myself, dealt with transportation issues while attending the festival. The otherwise short trip to my home in Key Biscayne took about an hour, and I managed to walk 15 miles over the three-days despite everything being seemingly nearby.

Jack Zalta, a sophomore majoring in sports administration, experienced massive transportation problems on the first night after not being able to catch the shuttle due to the crowd.

Zalta and his friends, along with many other attendees, were forced to walk the Rickenbacker Causeway bridge, about a two mile trek.

“I enjoyed the atmosphere of Bayfront Park more and having the buildings surrounding you,” Zalta said. “That was the Miami music festival to me, and this felt like any other music festival on a plain strip of land.”

After so many complaints about the Virginia Key location, many wondered where the future of Ultra would lie. Ultra then posted a letter to fans on Instagram stating how over 20,000 fans took their post-event survey on their website and how, clearly, the experience on Virginia Key wasn’t good enough. 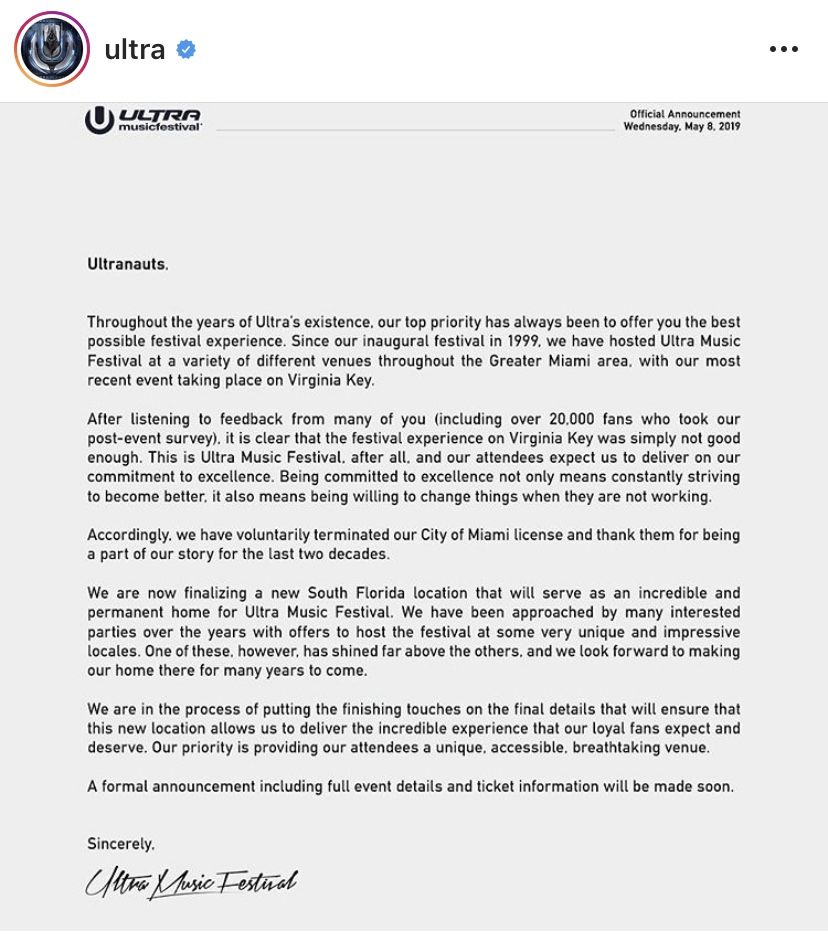 Ultra Music Festival announces the voluntary termination of their contract with the City of Miami after the poor recption of the location change. Photo credit: Instagram, @Ultra

Ultra said they had “voluntary terminated our City of Miami license and thank them for being a part of our story for the last two decades.”

Many were disappointed to realize Ultra would not return to its true home in Bayfront Park. I and many others thought this was the end of Ultra Miami. It wasn’t until July 25 that Ultra announced on social media platforms that this was not the case. Ultra captioned the photo, “MIAMI, WE’RE COMING HOME! #BackToBayfront.” 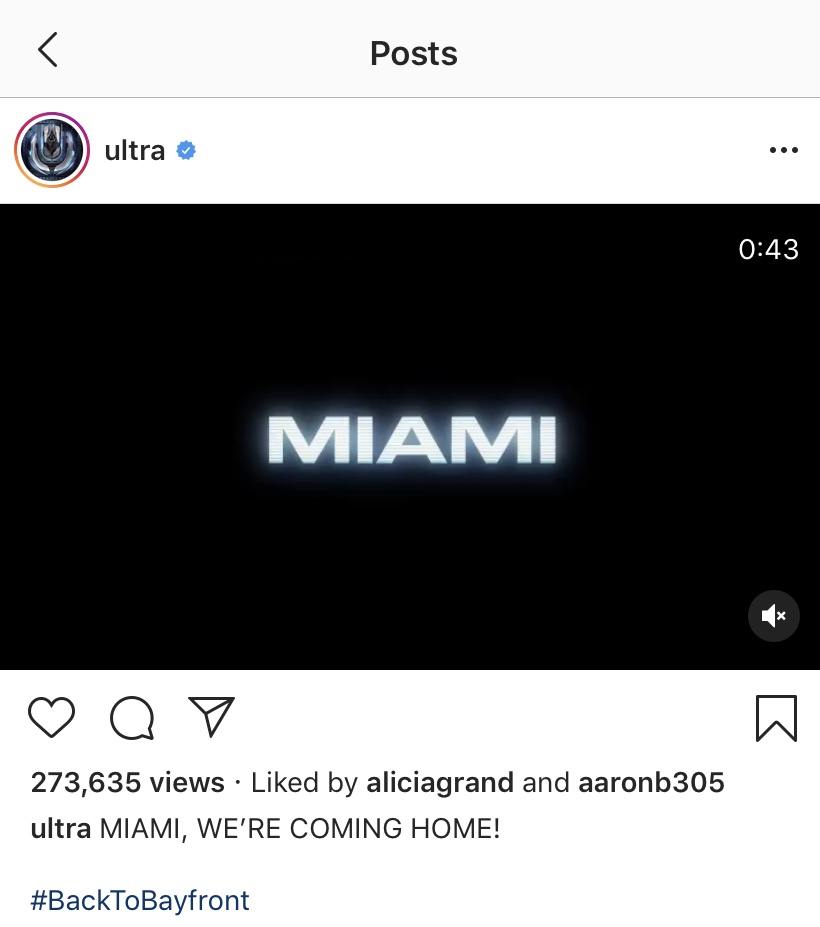 Ultra Music Festival shocks fans by announcing it will be returning to Bayfront Park for the year 2020. Photo credit: Instagram, @Ultra

The first tier of tickets has already sold out as fans from all around the world are eager to return to the quintessential Miami music festival.