Standing in front of the Jordan River this summer, University of Miami sophomore Landon Coles was reminded of where John the Baptist, the Old Testament prophet, baptized Christ. A few moments later, Coles was submerged into that historic river, formalizing his spiritual journey.

Coles, a legal studies major, traveled to Israel for two weeks with 59 other student leaders from across the country. The trip was sponsored by the American Israeli Public Affairs Committee, a lobbying group that advocates pro-Israeli policies. Although Coles grew up attending a Baptist church in his hometown, Tallahassee, Florida, he had never been baptized. 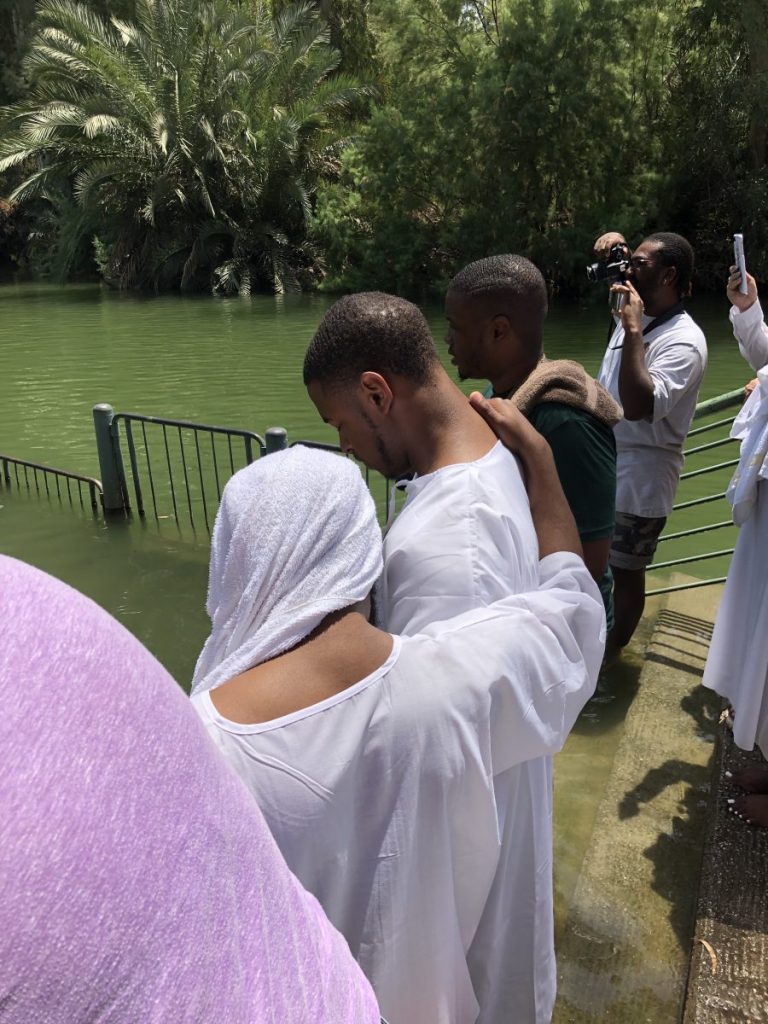 So the highlight of his first summer vacation as a UM student, he said, was his baptism in Israel.

“To give my life over to God in front of friends who I now consider to be family, and to have one of the vulnerable moments of my life be where Jesus was baptized was life-changing,” Coles said.

Coles is not alone in experiencing life-changing events in Israel this summer.

Matthew Katz, a senior business technology major, spent 10 days in Israel with Hillel’s Birthright Israel, a program that sponsors young Jewish adults to visit Israel, exposing them to the country’s history and culture. 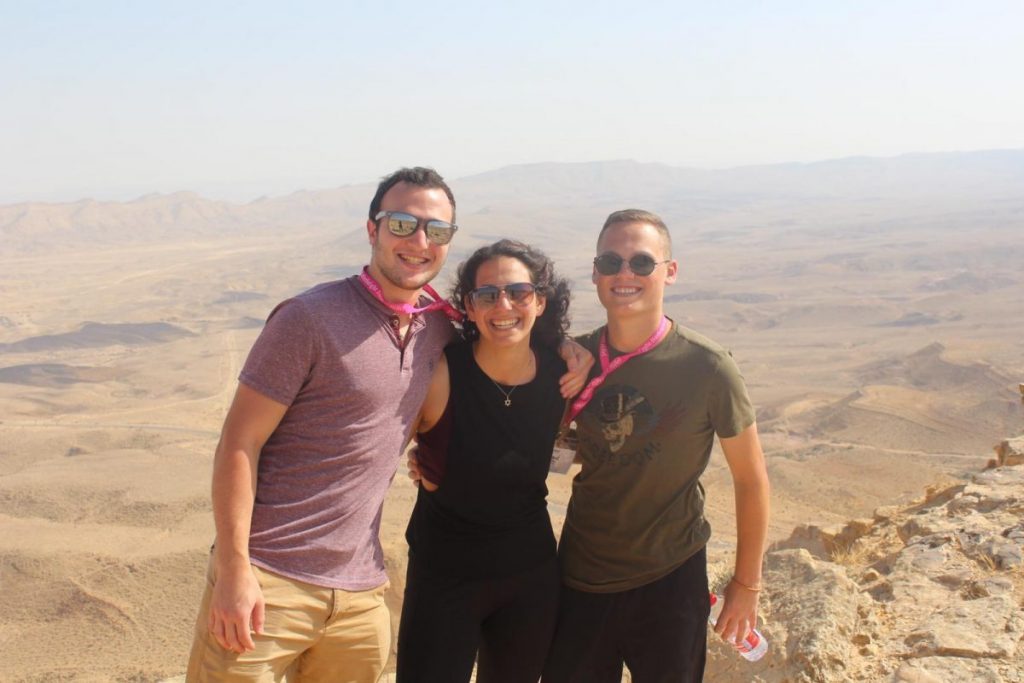 Senior Matthew Katz smiles at a peak in Masada, Israel during his 10-day birthright trip.

“It was awesome,” Katz said. “I made a lot of friends. I had been to Israel a few times before but nothing like the Birthright experience.”

Like Coles and Katz, scores of UM students, faculty, administrators and staff say they too made the most of their summer break, from traveling to far-away places to spending time with family at home, to gaining career experience through internships, to catching up or getting ahead with their academic goals.

Over the three-month summer break, students delved into internships, from positions at the United Nations in New York, which senior anthropology and ecosystem science major Georgia Young had, to working locally with the Miami Dade County League of Women Voters, a job UM political science major Maia Hunter grabbed.

“I’m still in shock that I was there,” said Fitzgerald, who interned at the White House in the Office of Presidential Correspondence. His role included communicating with people who have sent gifts to the president to answering phone calls.

Interns sat in on lectures and heard from a number of guest speakers, including Kellyanne Conway, counselor to the president; Alex Azar, secretary of Health and Human Services; Ben Carson, secretary of Housing and Urban Development; and even the president himself.

The White House Intern Program has a long legacy of being bipartisan for college students or recent graduates and people in the military, Fitzgerald said.

“We had Democrats and Republicans in the program,” he said. It’s a program for people who really have an affinity for politics, for government.”

One of his favorite part of his internship was being able to attend Bible study in the vice president’s office every Wednesday with coworkers and interns.

“The vice president did make an impromptu appearance on occasion,” Fitzgerald said of Mike Pence. “It was really cool to get to go and be a part of that.”

Locally, Angelica Toruno-Rios, a second-year graduate student in the School of Communication, interviewed a bevy of celebrities during her 10-week internship with NBC6.

“I had fun getting to know Barbie Ferreira and Hunter Schafer, stars of the new HBO show “Euphoria,” said Toruno-Rios, who interviewed them formally for the station.

Glassman said she lived in the dorms at Marymount Manhattan College, a liberal arts college on the Upper East Side of Manhattan, during her summer internship at Vector Media, an advertising company in New York, where she helped with graphic designs for the marketing team. 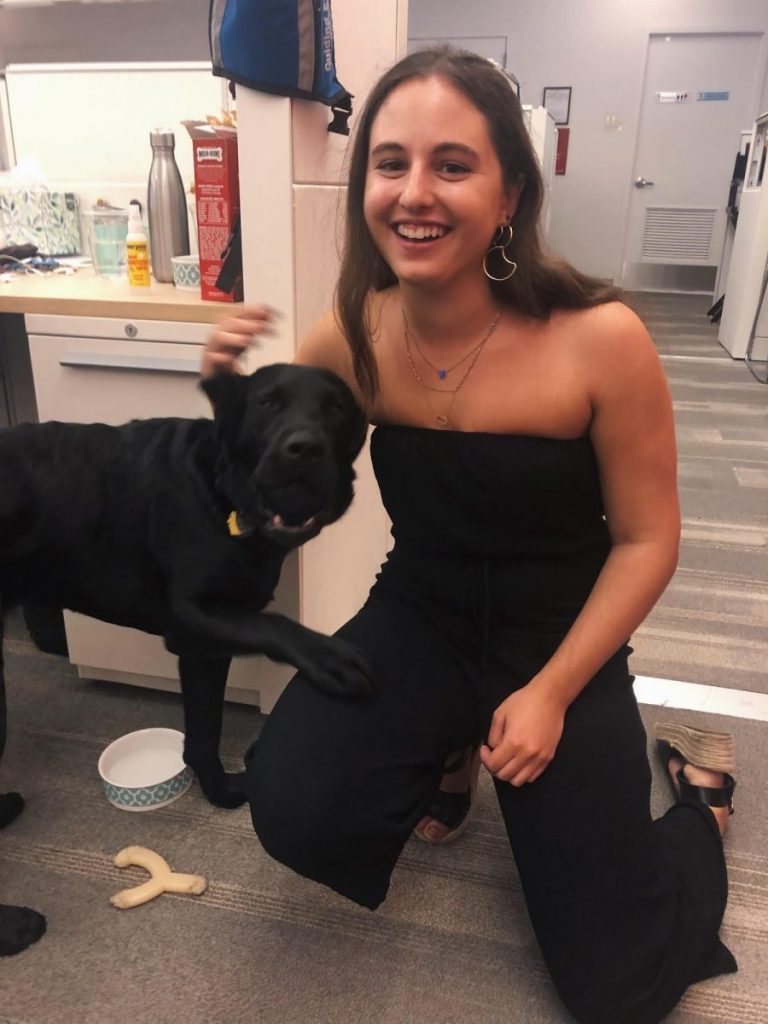 Danielle Glassman plays with the office dog at her summer internship, where she worked doing graphic design at an advertising company. Photo courtesy of Danielle Glassman

Glassman said she came away with some marketable skills: “I am proficient in Photoshop now,” she said. But the experience showed her that graphic design at an advertising agency may not be the best career choice for her.

“I don’t see myself sitting at a desk for the rest of my life for design because it gets really repetitive.”

Cool takeaway: “I lived in Midtown East, which was nice because I was a subway ride away from a lot of cool places in Manhattan. “

Summer school was in the picture for several UM students.

Perhaps she thought attending a school north of southern Florida would provide a respite from the heat. Wrong.

“It was hot, hotter than Miami,” she said.

Hope noted the difference in attending a public university, adding that many classes at UNC are taught by grad students.

Meanwhile, Jenna Ferolie, a junior majoring in legal studies, spent the “Summer 1” session in a finance class at UM.

“It was a challenging class,” Ferolie said, “but I am so glad that I took it over the summer.”

UM staff members say they like to take advantage of the less-hectic atmosphere in summer.

Her summer consisted of classes and work, “with a little fun in between,” she said, but now she is two classes closer to graduating in December.

Faculty used the summer months to travel, do research and like many students, unwind.

“The academic summer is one of my favorite moments of the year,” Correa said. “It gives me an opportunity to relax, to catch up with unfinished projects and half-cooked ideas, and to prepare with greater enthusiasm for years to come.”

Correa is especially proud of his work on Capstone Charrette, an accelerated planning and design workshop to complete Brickell Center in downtown Miami. He also led a trip to New York City with the urban design senior class.

Correa also found time to visit his daughter’s family in Mexico for a short trip.

Ferolie, the student who attended summer school at UM, also spent time with family, which included a vacation to Turks and Caicos Islands.

“It finally felt like I was on summer vacation,” said Ferolie, who is winding down from summer mode.

“I am happy to be back and super motivated for this year,” she said. “It was a very fun summer, but I am ready to get back to work.”

Canes cheer on their team at Rathskeller watch party
Hurricane Dorian: What you need to know and how to be prepared