Home » Canes cheer on their team at Rathskeller watch party

Canes cheer on their team at Rathskeller watch party 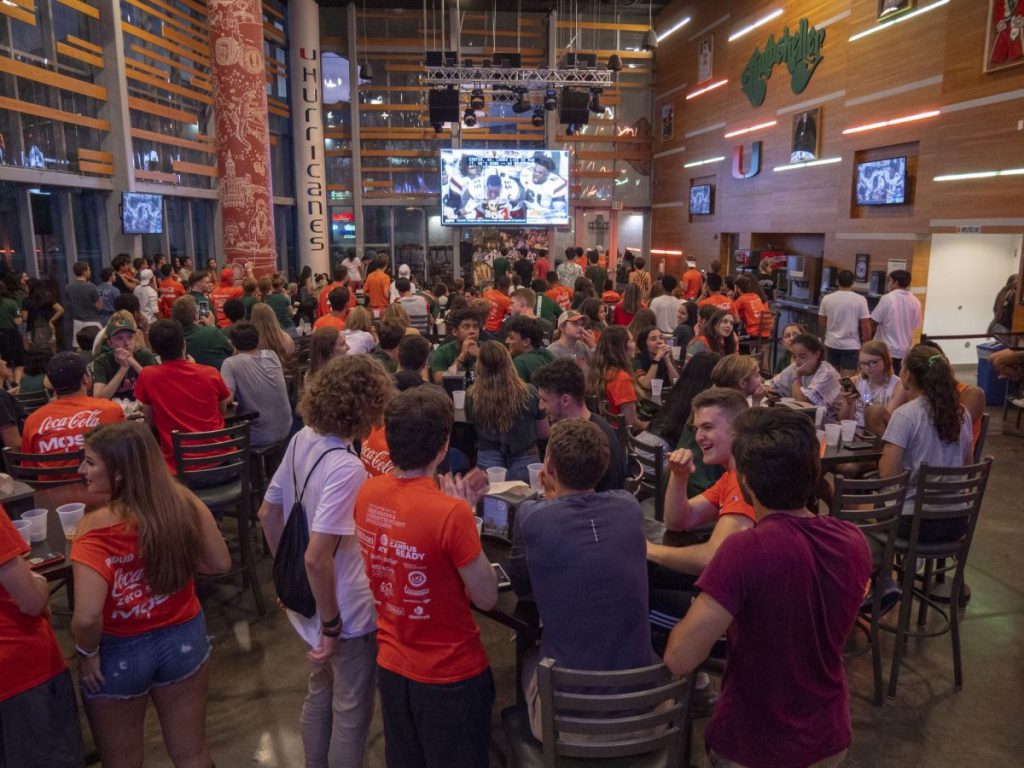 For the first time since 2013, the Hurricanes football team faced the Florida Gators, one of its greatest in-state rivalries. Many students who were unable trek all the way to Orlando for the long-awaited season opener gathered at the Rathskeller watch party to cheer their team on. 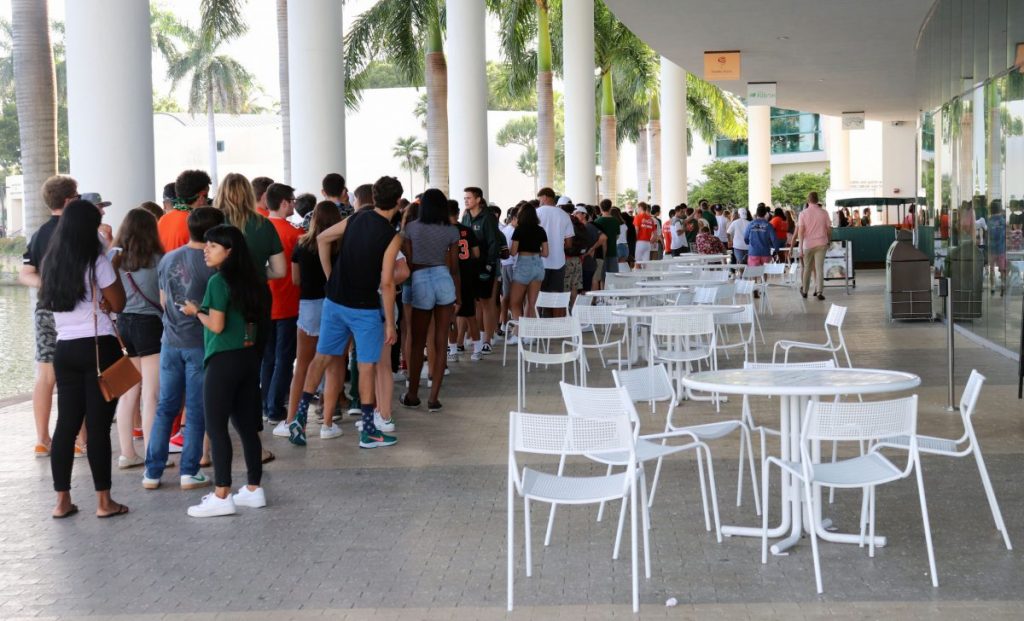 Students line up outside of Shalala Student Center, waiting to get into the Rat watch party. Photo credit: Arryanna Jordan

“We need a second Rat,” joked Joe Ricca, a junior studying marine biology. Many students that decided they couldn’t wait any longer admitted that they came a bit late for such a hyped-up event. Those who stayed in line were able to make it in as people filtered out.

At the watch party, students enjoyed food, drinks and a great time overall. Even several students who aren’t dedicated football followers said they were excited about the game and the upcoming season.

Michelle Marino, a senior majoring in public relations and electronic media, emphasized her love for the U.

“Anything Canes related, I’m just excited,” Marino said. “I have FOMO that I didn’t go to Orlando. I wish I could have.” 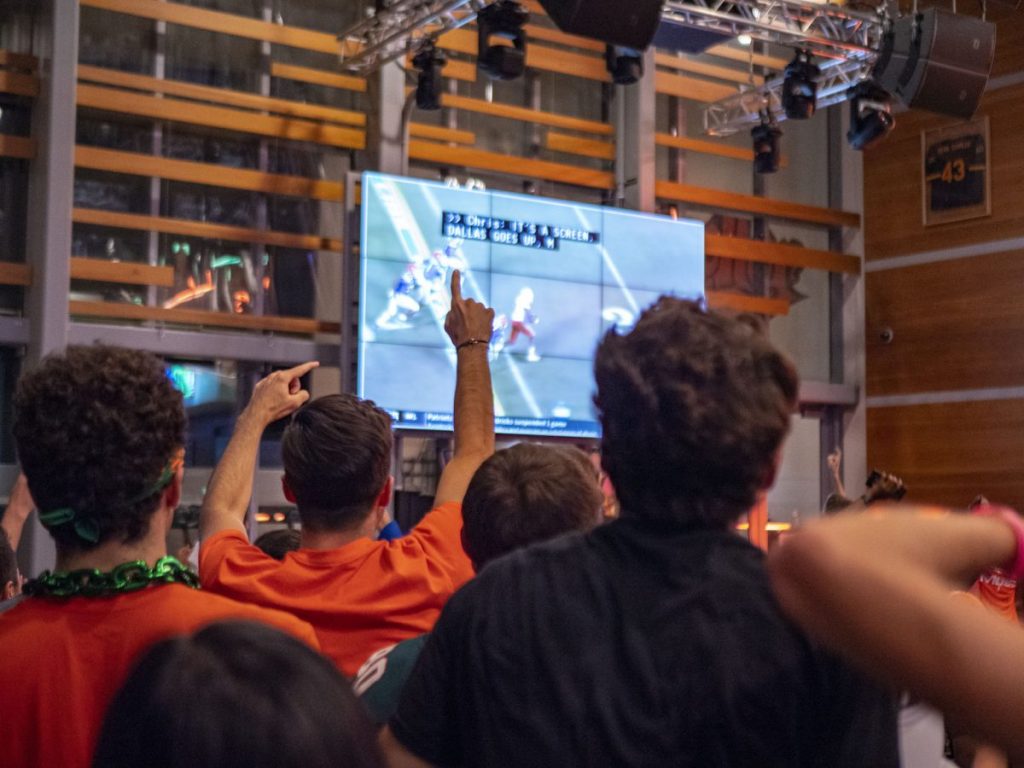 Students pack into the The Rat, standing to see the screen. Photo credit: Cameron Tavakoly

Others shared the same wish, but between the ticket cost and four-hour drive, the trip wasn’t feasible for everyone. Freshmen, still settling into life at Miami and many students lacking a car, were especially limited in their ability to attend the game.

For those unable to make it, the Rat provided students with an experience four hours away from the field. The first 100 students received meal vouchers and tickets for free airbrushed t-shirts at the door. Later, during half-time, students participated in a trivia game about general UM football knowledge.

Ultimately, the game did not end in Miami’s favor, but everyone at the Rat was fully invested in the action nonetheless. Every play earned responses from the crowd—students couldn’t turn away. 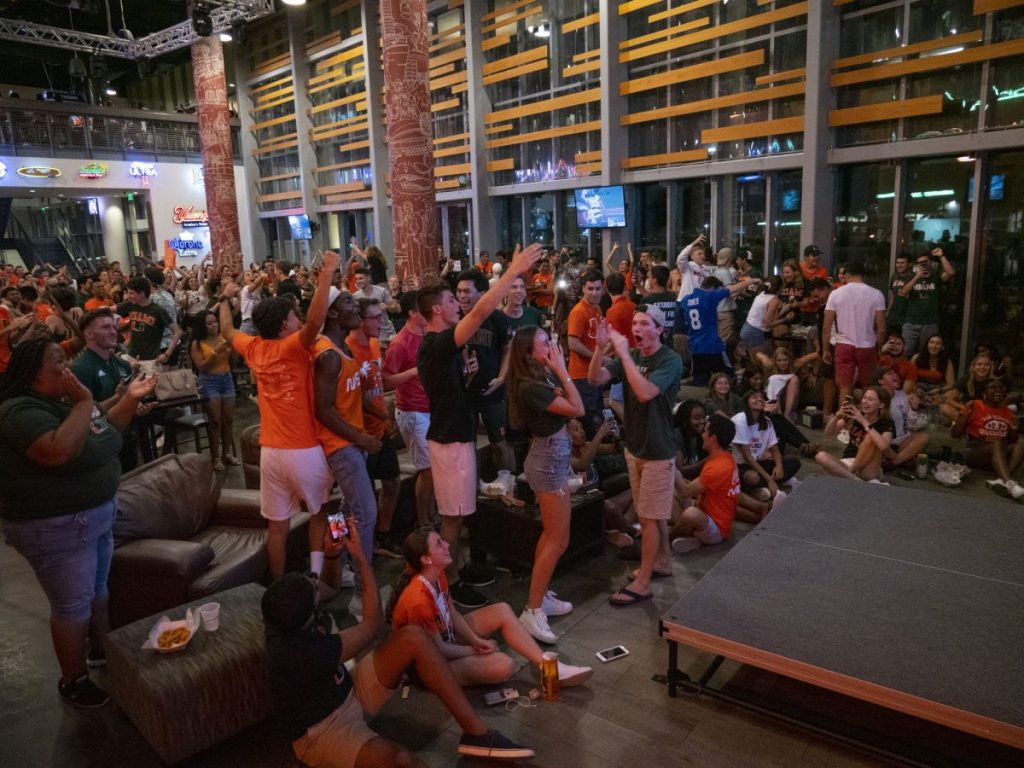 Despite the loss, students cheered and showed their support until the end. While many did leave the Rat worn out and disappointed, the watch party still kicked off a new season of football and got students ready to cheer for the next game with the same enthusiasm as the first.

“People were very emotional,” Baker said. “But I’m hopeful for the rest of the season.”