After squandering several opportunities, the Miami Hurricanes fell short late in the fourth quarter against the Florida Gators. While holding onto a 13-10 lead, the Hurricanes were about to regain possession late in the third quarter. Unfortunately, wide receiver Jeff Thomas muffed the punt, giving Florida the ball at the 11-yard line.

This was a major game-changing play. Up until that point, the Hurricanes were in control of the game and playing with a lead; the defense was dominating and preventing UF from moving the ball. 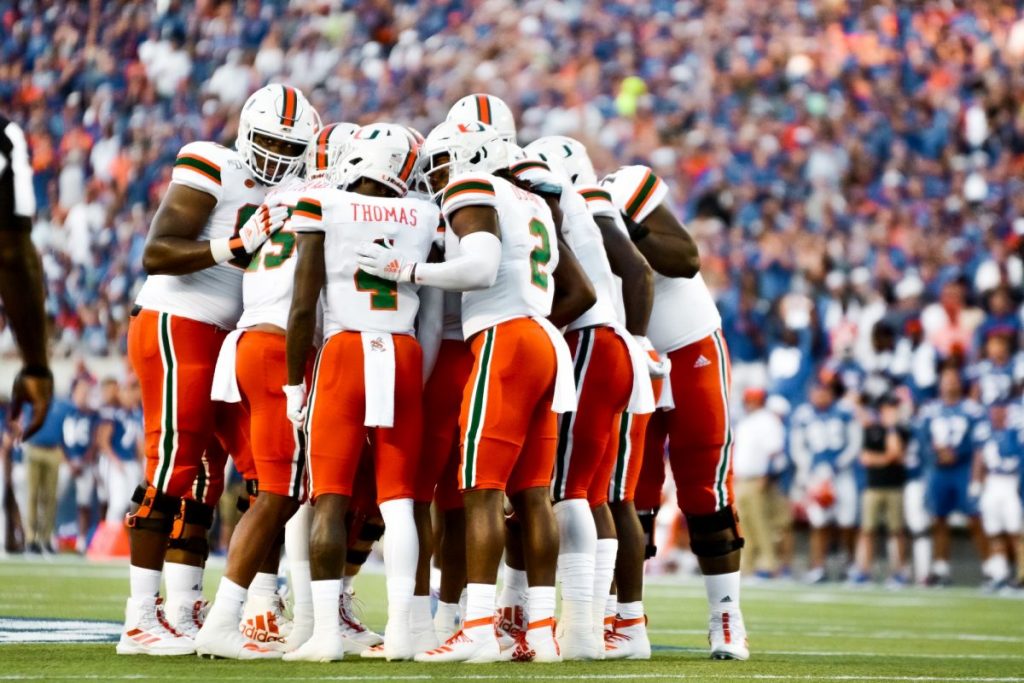 Hurricanes offense huddles up for the first time in 2019.

“There were a couple of major blunders on special teams, and the short fields right there really ended up being telling in a very low scoring game where everything mattered,” said head coach Manny Diaz.

Another crucial missed opportunity came in the fourth quarter with the Hurricanes up 20-17. A drive stalled out in the red zone and sophomore kicker Bubba Baxa missed a 27-yard field goal that would have given the Canes a six-point lead. The missed field goal prevented the Hurricanes from being in position to kick a game-winning field goal on their final possession. Special teams are crucial in football and Diaz understands that they were the difference in a very tight game.

The Canes’ inexperienced offensive line struggled, allowing 10 sacks. The offensive line is going to need to perform much better to give freshman quarterback Jarren Williams time to make plays.

“We just made too many mistakes, gotta clean them up, and once we clean up all our play I feel like we will be better,” Dallas said. 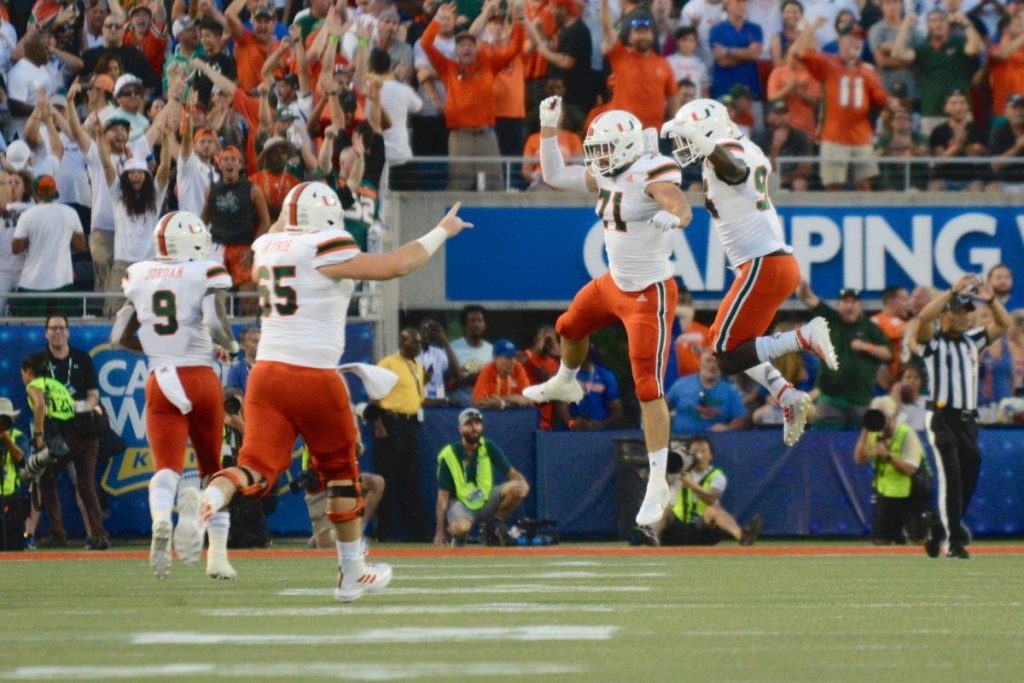 Lineman Scott Patchan and the rest of the defense celebrates the first turnover of the 2019 season. Photo credit: Haylee Blitch

But although the final score may suggest otherwise, the young Hurricanes team had quite a few successes. Sophomore tight end Brevin Jordan led Canes receivers with five catches for 88 yards. Running back DeeJay Dallas exploded for 95 yards with his best run being a 50-yard touchdown. Williams passed for 214 along with one passing touchdown to Jordan.

“You probably can’t put a guy in a more adverse situation than in this stadium— the amazing atmosphere from both sets of fans— Jarren never blinked,” Diaz said of the new quarterback. “A lot of the times, he did not have a lot of time and I thought he displayed a lot of courage. I think you could see why we picked him to be our guy.” 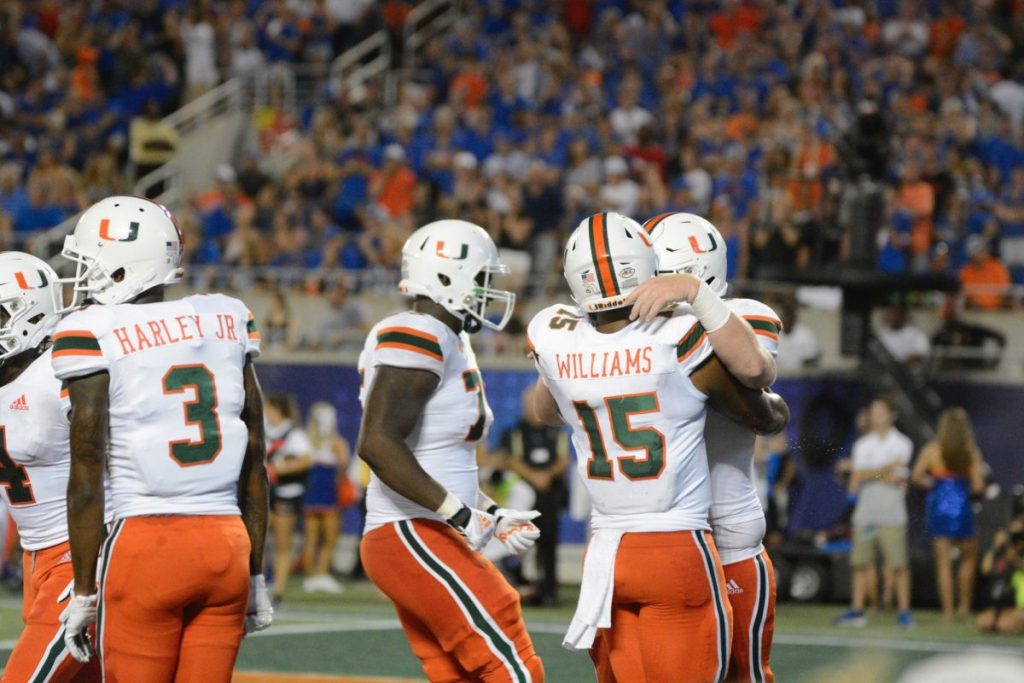 The Hurricanes defense also played well, forcing four turnovers and very much keeping the Canes in the game. Linebacker Romeo Finley and safety Amari Carter each recorded an interception.

The Canes offense dominated the time of possession having the ball for 36 minutes and 13 seconds, almost 13 minutes longer than Florida. In the future, it will be important for the Hurricanes offense to show the ability to sustain drives and not keep their defense on the field all game.

So despite the outcome, the team’s overall performance was a step in the right direction for the Manny Diaz era.

Hurricanes baseball walk-on tryouts to be held Sept. 19
Black families in America are scared. Why aren’t we helping?