Canes fall to No. 8 Gators in Camping World Kickoff matchup

College football’s 150th year kicked off with a thriller.

Camping World Stadium was packed with over 60,000 fans. The stadium was divided in half, one side featuring a sea of orange and blue that traveled North from Gainsville. The other wore the colors of the Florida orange tree: green, orange and white.

Both sides were energetic as they anticipated a new year of college football and the renewal of a longtime rivalry between the Gators and the Hurricanes.

But despite the fresh bling and a strong fight, the Miami Hurricanes, led by new head coach Manny Diaz, failed to defeat the No. 8 Gators in a 24-20 loss. 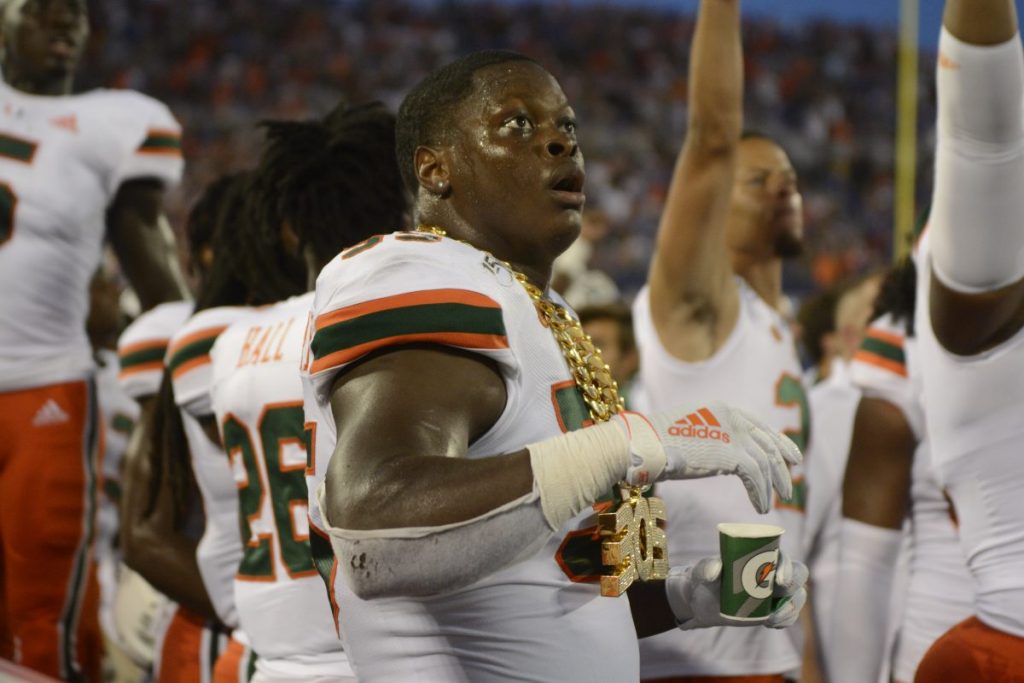 “Everybody in that locker room feels the pain of that right now,’’ Diaz said. “We did not come here to play with courage and effort. We came here to win the game and it’s not okay at the University of Miami ever to lose to the University of Florida.”

The game stayed close throughout the entire contest. There was a total of five lead changes between the Gators and Canes.

Williams, the redshirt freshman, was spot on in his first start despite a weak offensive line. He went five-for-five and finished 19-for-29 with 214 yards.

The Canes defense forced four turnovers and brought out the turnover chain 3.0. The new chain is a 305 emblem with a U logo on top of it. 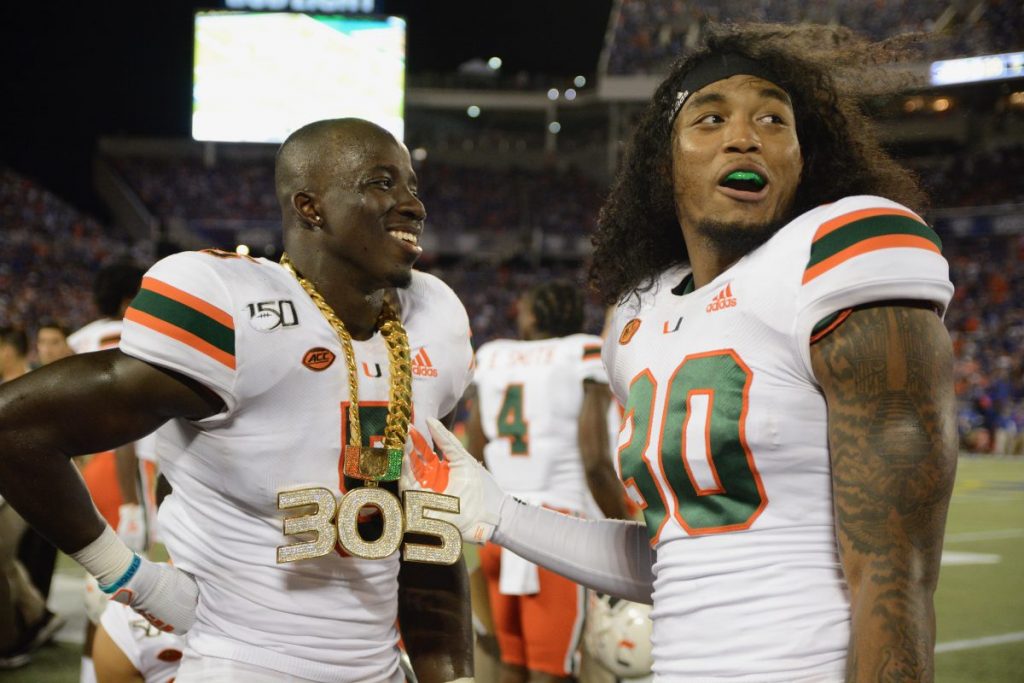 The offense also received their own bling with new golden and sapphire touchdown rings that span four knuckles on each hand and read “Hurricanes” when held together.

Hurricanes running back Deejay Dallas also sparked the offense with 95 yards. Dallas also had a 50-yard rushing touchdown in the fourth quarter.

The game-changer of the night was a muffed punt by Canes receiver Jeff Thomas in the third quarter. This swung the motivation in favor of the Gators.

Additionally, the Gators were a perfect four-for-four on fourth down conversions. The Hurricanes also had 14 penalties, costing them 125 yards.

Miami had the potential to take the lead with less than two minutes in the fourth quarter but couldn’t execute, even with the ball in Florida territory.

The momentum was even in their favor following an interception by striker Romeo Finely, which brought the ball into Gator territory.

“I thought a crucial point in the game was when we got the big interception,” Diaz said. “And this just shows we’re not ready to be a big-time team yet. We get a 15-yard penalty for taunting. And on the next play, we got a 15-yard penalty for a chop block. We gave away 30 yards on really what might have been the winning change of possession play the game. And that just means we don’t have the maturity level to see a victory through.”

There were five fumbles between both teams and both sides had individual struggles throughout the entire game.

Canes kicker Bubba Baxa notched two of his three field-goal attempts. He missed a 27-yard kick in the fourth quarter.

The Hurricanes are now 8-3 in their last 11 match-ups against the Gators.

The last time Miami lost to Florida was in Gainsville back in 2008. The Gators were ranked #5 that year.

The Canes will take on the North Carolina Tar Heels at 8 p.m. Sept. 7 at Kenan Memorial Stadium and with new offensive coordinator Dan Enos.

“Coach Enos is an offensive wizard,” Dallas said. “I know he’s going to come back with a game plan for North Carolina and we’re going to be ready.”