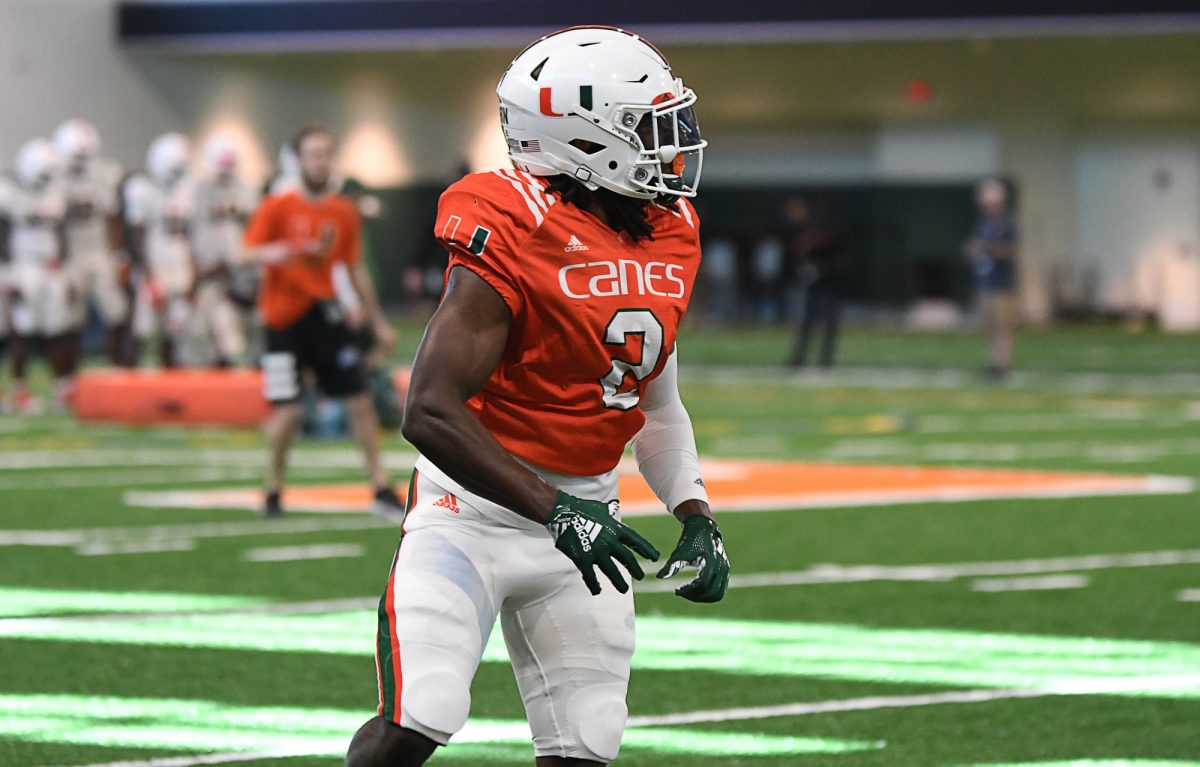 The Miami Hurricanes kick off the 150th season of college football in a meeting with their longtime in-state opponent, the Florida Gators.

After a disappointing 7-6 season, the Canes are ready to get back on track behind head coach Manny Diaz, who realizes the importance of playing a team like Florida.

“Obviously, in Florida, we have got an outstanding opponent,” Diaz said. “One of our main objectives this offseason has been to find that competitive sports, that drive, that backbone, that benefited Florida a year ago.”

While opening the season against UF seems like a daunting task, a victory could put the Canes in an excellent spot for the rest of the season. Aside from the Gators, Miami is not scheduled to face any top-25 teams for the remainder of the regular season.

All eyes will be on newly-named starting quarterback Jarren Williams, who threw just one completion for 17 yards last year. Williams will be protected by a relatively inexperienced offensive line, so expect Florida’s defense to take advantage and try to make Williams as uncomfortable as possible. Williams, however, feels prepared to step into his role.

Despite the inexperience, Miami has returning running back DeeJay Dallas to rely on and a strong wide receiver pair in Jeff Thomas and Buffalo transfer K.J. Osborn, who will bring a veteran presence to the offense as a redshirt senior.

The Gators, ranked No. 8 in the AP Top 25 poll to start the season, are seven point favorites against the Canes. But Miami is bringing back an experienced defensive unit that finished 11th in the country in sacks last year.

Led by defensive lineman Jonathan Garvin and senior linebackers Shaq Quarterman and Michael Pinckney, the Canes are expected to put a lot of pressure on UF’s returning quarterback, Feleipe Franks. The Gators have to replace four starting offensive lineman from last year’s squad and Miami’s defense will certainly use that to their advantage.

“There’s a lot of things being said in the media, just the amount of people that are counting out us,” Quarterman said. “I think everybody is really hungry to play.”

When the two storied football programs face off, the Canes will have history on their side. Dating back to 1986, the Canes have won seven of the last eight meetings, most recently a 21-16 victory in 2013.

“You’re talking about 11 national championships in less than the last 40 years, that’s over a quarter, by my math,” Diaz said. “To have two of the marquee programs in this state open up the curtains on the 2019 season is a pretty cool thing that we’re excited to be a part of.”

The Miami Hurricanes will take on the Florida Gators at 7:00 p.m. Aug. 24 at Camping World Stadium in Orlando, Florida. The game will be nationally televised on ESPN.