While the Hurricanes season ended with a loss in the Starkville Regional of the NCAA Tournament, members of the team continued playing throughout the summer.

Standout pitcher Chris McMahon was selected to participate in the USA Baseball Collegiate National Team training camp after boasting a 3.72 ERA, while striking out 67 batters in 60.1 innings pitched in the 2019 season.

McMahon struck out 15 batters through 12 innings pitched and ranked second on the team with a 2.25 ERA. McMahon pitched five innings while allowing one run to earn the save against Cuba in Game 1 of the five-game series for one of his strongest performances of the summer. 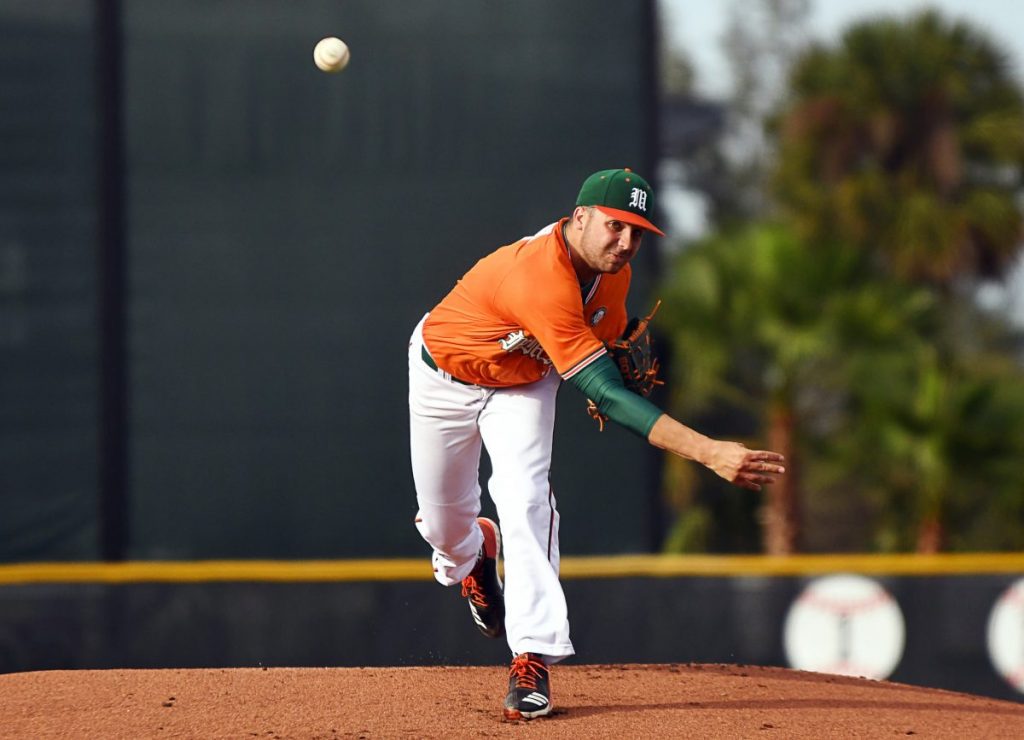 Sophomore catcher Adrian Del Castillo, who collected a number of postseason accolades following his season with the Canes, played for the Wareham Gatemen, where he batted .261 during the regular season and .417 during the playoffs, for a combined total batting average of .273. Left-handed pitcher JP Gates, also a Gatemen, pitched in seven games with a 2.86 ERA while striking out 20 batters.

Infielder Alex Toral and pitcher Daniel Federman were both members of the Chatham Anglers. Toral appeared in 36 games and batted .188 with 17 RBIs throughout the regular season and playoffs. Federman went 1-3 with a 4.80 ERA in eight total appearances, striking out 28 over 30 innings pitched. Infielder Anthony Vilar also played in 26 games for the Anglers, where he batted .172 with seven RBIs and one homerun.