Home » Crisis in Venezuela continues to affect millions, including many UM students

Crisis in Venezuela continues to affect millions, including many UM students

For months, Venezuela has been at the center of a political and humanitarian crisis as socialist president Nicolas Maduro refuses to relinquish power. While the situation originally received significant attention from the mainstream American media, coverage of Venezuela has slowly faded with time. However, for many of the Venezuelan students at the University of Miami, the situation in their homeland is far from forgotten.

In fact, it’s the only thing on their minds.

“You have no idea how much I have cried because of Venezuela,” said Astrid Pena, a Venezuelan native and senior at the University of Miami. “I cry every day. That is why it is hard for me to speak.”

Pena is the president of external affairs for UNIVEN, the Venezuelan student organization that seeks to provide a voice for the more than 130 Venezuelan natives who study at UM. The club also aims to raise awareness of the ongoing crisis affecting all aspects of Venezuelan society. 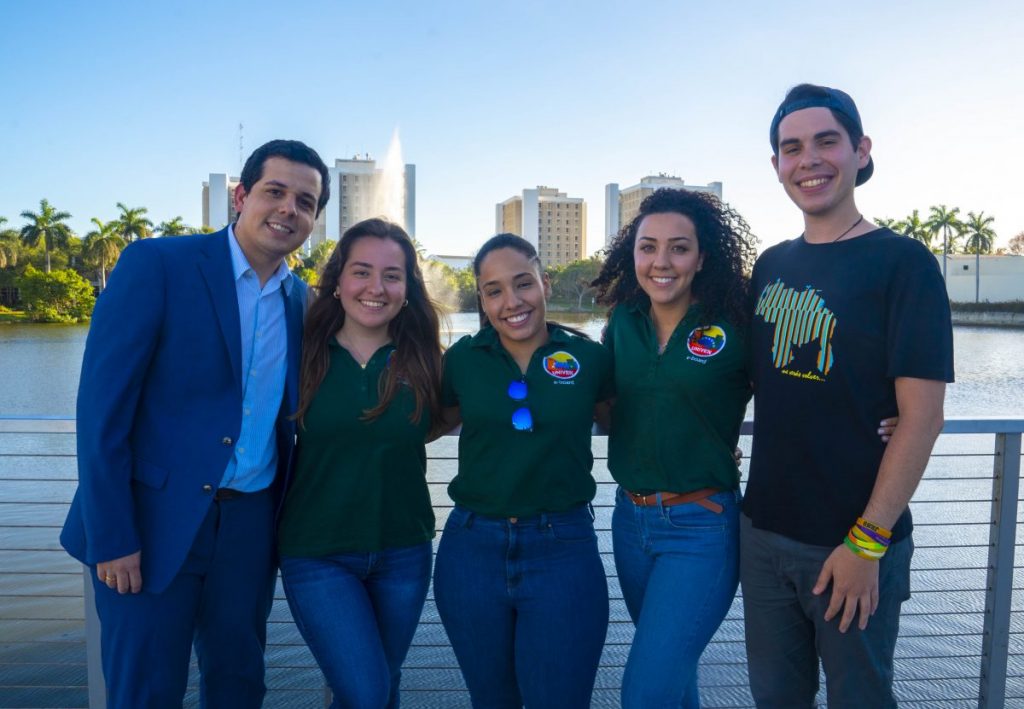 “People in hospitals, people on dialysis and neonatal newborns are dying,” said UNIVEN member Joanna Valencia. “It is just not just affecting people in their homes, but everything that has to do with the municipality.”

Multiple major power outages debilitated the country throughout April, making it “impossible to have a normal life,” Pena said. In addition, the number of deaths is on a steady climb due to a shortage of medicine and food.

Pena said her father recently visited Venezuela and told her he could not believe what he saw.

“My dad went back to my high school and he told me that every security guard was so skinny that he didn’t even recognize them,” Pena said. “Even my school teachers, staff and university professors are so thin that people don’t recognize them. They don’t have enough money to buy food or cannot find food. They are starving to death.”

Socialist Nicolas Maduro has been president since his predecessor, Hugo Chavez, died in 2013. For years, Maduro has been a highly controversial figure in global politics, with numerous countries calling for him to cease his authoritarian rule over a country plagued by severe economic problems. 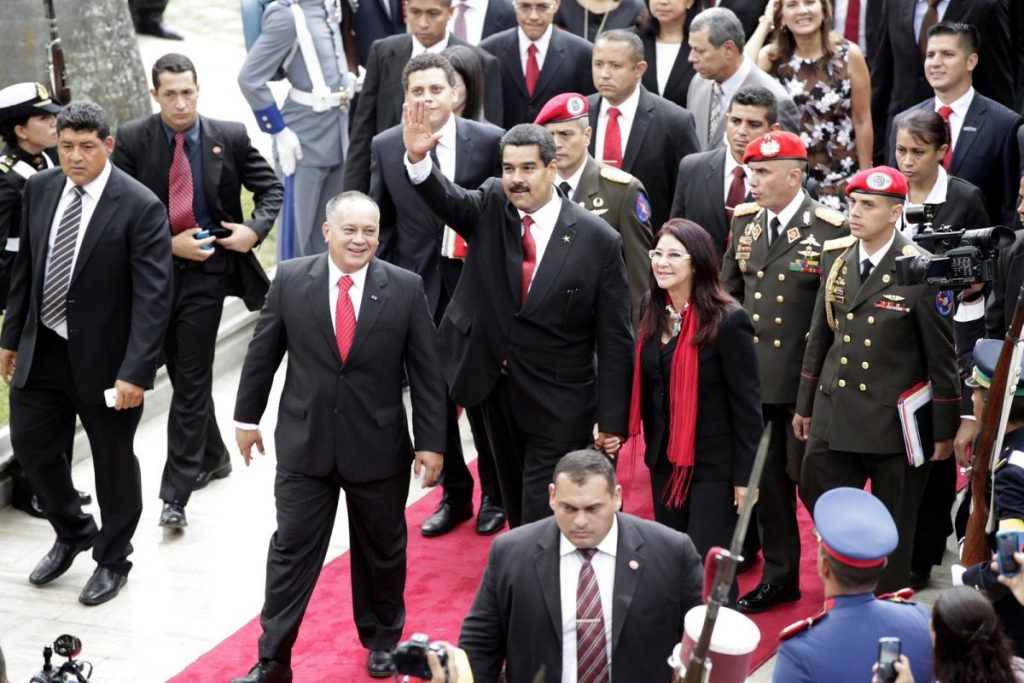 Socialist president Nicolas Maduro refuses to relinquish his power over Venezuela, despite months of protests from his constituents. Photo Source: www.flickr.com

“Maduro is just a dictator that not only constantly violates the constitution, but violates human rights and has made the richest country in Latin America now one of the poorest,” said UNIVEN treasurer Michel Pinard.

As Maduro was sworn in for his second six-year term in January 2019, a majority of the country refused to recognize his presidency, citing an illegitimate election process. In the midst of the chaos, opposition leader Juan Guaidó declared himself the acting president of Venezuela.

However, many students said they feel this fight over presidential power is misrepresented in the news because the media makes it seem like Guaidó declared himself president without following the constitutional process.

Pinard said this is not true. In reality, Guaidó’s presidency was discussed in public forums and his take over was carried out constitutionally.

“That is why not only the U.S., but 50 countries have recognized Guaidó as the legitimate president,” Pinard said. “The national assembly followed the constitutional path. That is why Guaidó took over as president of Venezuela, so that is completely legitimate.”

The media tends to also overlook that Guaidó is a relatively centrist, left-leaning politician from the “Partido Popular,” not a radical leader from the right, Pinard said.

“He is democratically responsible and he is not going to defend someone who is a dictator just because their ideologies are similar,” said Pinard.

Valencia emphasized that the conflict should not be about political parties. Rather, it should be seen through the lens of good versus bad.

“It is not political or ideology,” she said. “It is lives, children, premature babies— it is not right versus left.”

As Maduro refuses to relinquish power, protesters crowd the streets every day in hopes of enacting the changes they were promised under both Chavez and Maduro.

However, many people report that it has been difficult to balance their personal responsibilities with their political passions.

Despite the hardships, Valencia said Guaidó’s supporters should keep pointing out the problems with the Maduro regime so as to prevent normalizing its actions.

“I think the important thing that the opposition leader is doing is that he is making it a point not to normalize,” Valencia said. “They took away the power and it came back. Don’t be happy. This shouldn’t happen in the first place.”

As the situation worsens, millions of people have fled the country in order to survive, some even walking more than 2,000 miles to Argentina. Valencia said she wants everyone to know that these people are not choosing to leave their country.

She said they have no other choice.

Although the situation is becoming increasingly complex in its tangle of social, economic and political factors, UNIVEN members said they remain hopeful that they’ll one day return to their native country. However, they also acknowledged that going home might not be easy— the long and difficult process of rebuilding the country will require contributions from all Venezuelans, no matter their ideology or political party.

“The mentality of everyone needs to change, but I think there is a lot of love,” Valencia said. “I know the path is going to be hard, but I feel like most Venezuelans are willing to rebuild— at least our generation is.”

No. 24 Miami sweeps Virginia Tech with 2-0 victory
An ode to the art storytelling