Home » What matters to Ken Jeong: Minority representation in film

What matters to Ken Jeong: Minority representation in film

South Korean actor, physician, and comedian Dr. Ken Jeong was invited to the University of Miami to speak to students about the important topic of race in film, sharing his own personal experiences as a minority in the acting world as part of the What Matters to U lecture series.

The event, held on April 11, was hosted by Student Government’s Student Engagement Planning Agency and moderated by Jack Camoratto, a senior majoring in biomedical engineering, and Winston Warrior, a lecturer in the School of Communication.

Jeong has starred in many popular movies, including “The Hangover” and “Crazy Rich Asians.” He’s also had prominent roles in television sitcoms such as “Community” and “Dr. Ken.” Currently, Jeong has his own Netflix comedy special, “You Complete Me, Ho” and serves as a judge on Fox’s “The Masked Singer.” 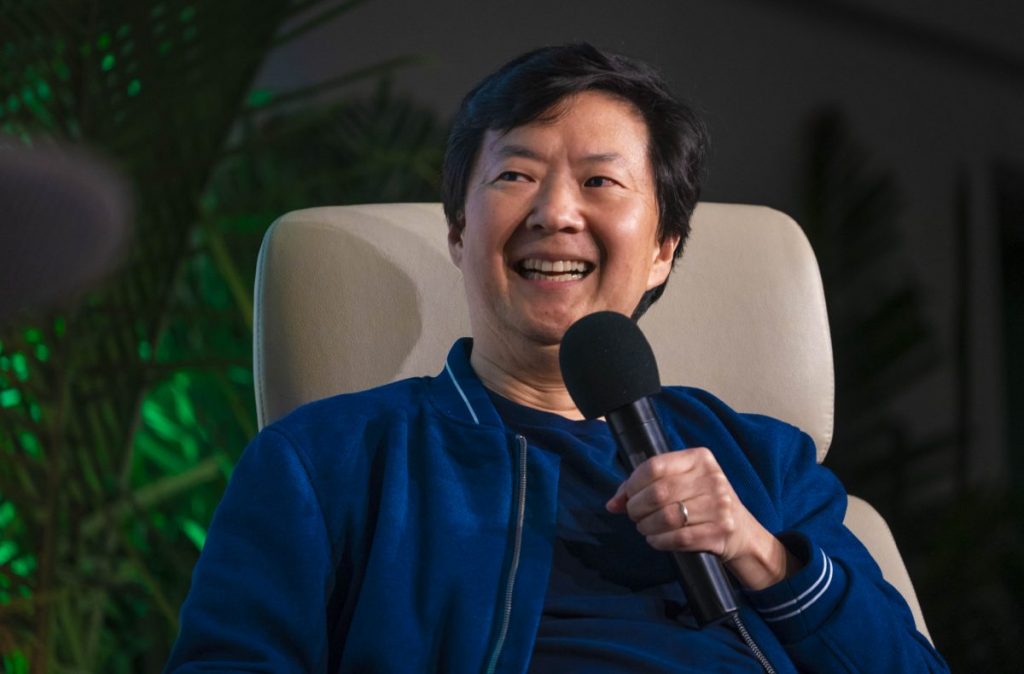 Actor, comedian, and physician Ken Jeong speaks to hundreds of students at the student-government-sponsored speaker series, “What Matters to U,” in the SAC ballroom Thursday afternoon. Photo credit: Hunter Crenian

But Jeong didn’t always want to enter the entertainment industry. He began as a pre-medical student at Duke University and went on to obtain his medical degree from the University of North Carolina at Chapel Hill.

“In many ways, I was kind of ‘Koreaned’ into being pre-med, and I’m not throwing my parents under the bus. It was me too,” Jeong said. “I did not grow up as a kid having any aspirations to do comedy or to do acting, so I actually got bitten by the acting bug in college.”

But Jeong said he felt obligated to finish what he started and ended up doing his residency in New Orleans while taking up acting jobs on the side. It was only a few years after he married his wife, Tran Ho, that he decided to give up medicine and pursue acting full time.

“The day I decided to quit was a watershed,” he said. “I mean, I was scared. I did not know what was going to happen, but I had the support of my wife and my family.”

However, Jeong’s journey to becoming a star after he quit his medical career wasn’t always easy.

“If you are a minority pursuing a career in the arts, no one really kind of gives you a course of what to expect even if you’re a minority in the arts or a minority in comedy or the show business, and there is no magic one thing ‘If you’re Korean, you’re like this.’ There are always obstacles and instability and uncertainty,” said Jeong.

Something that Jeong discussed in his address to the crowd was how Asians are stereotyped in roles on television and in movies. In his show “Dr. Ken,” Jeong recalled “white, male writers” writing the role for Asians and how he would sometimes have to go back and rewrite parts to portray these characters more accurately.

“It’s not like my wife would say, ‘Hey Ken. How’s your day?’ ‘Oh, it’s tough being an Asian American doctor in San Fernando Valley. How was your Asian American day?’ Some of the writing was getting to that level,” said Jeong.

Overall, while Jeong said he thinks there are still not enough roles that accurately portray Asian Americans, he said that there has been a big change in the entertainment industry since his 2007 role in “Knocked Up.” He cited “Crazy Rich Asians,” a blockbuster studio movie with an all-Asian cast, as a good example of this progress. 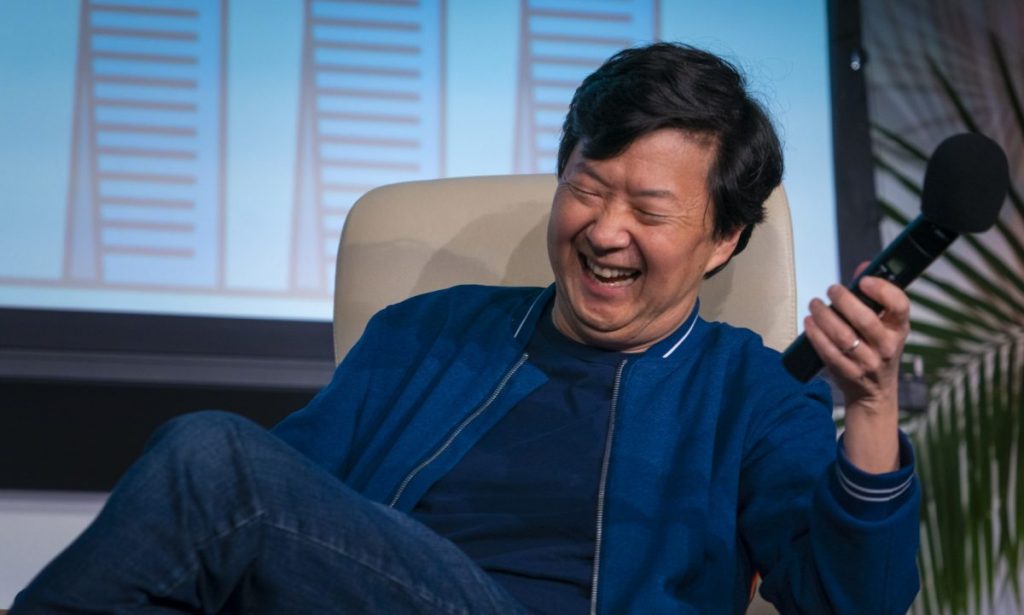 Jeong, known for his role as Mr. Chow from “The Hangover” series, spoke about how he’s seeing a paradigm shift in the film industry that’s allowing Asian-American actors to be offered better roles in film and television. Photo credit: Hunter Crenian

Overall, the event was a success. Keegan Gibson, a junior majoring in biomedical engineering and chair of the What Matters to U planning committee- which is now a part of the new SG agency SEPA, said that over 800 students attended the event.

“When we were first thinking about who we wanted and what these events would be, I don’t think any of us could’ve dreamed of an event that was that successful and that went that well,” said Gibson.

Many students who attended the event were also pleased with the outcome. Jasmine Ortiz, a freshman majoring in contemporary music, said she heard about the What Matters to U series through a digital flyer. She said she went to see Jeong speak because of his work in “The Hangover” series and “Crazy Rich Asians.”

Ortiz said her favorite part was “the advice he had to give regarding following your true passions and finding your path in life through trial and error.”

Andrea Wright, a senior majoring in marine science and geological sciences, said she really enjoyed the topic of the event.

“It was interesting to hear him talk about diversity and the portrayals of Asians in Hollywood, especially his views on the roles he’s acted in that some criticize as very stereotypical,” said Wright. “I liked hearing his rationale and his intent behind the characters he’s played.”

Student Juliette van Heerden, a freshman majoring in microbiology and immunology, decided to attend the event after taking part in the first seminar with Bill Nye.

“It went so well, I was excited to go to the second seminar to see Ken Jeong too,” she said. “I think the way he balances his intellect with his funny acting career is admirable, especially when he blends the two together to display his opinions on important topics.”

As someone who has always been interested in the topic of minority representation in the media, van Heerden said she “loved his take on it and how he could relate his perspective to his personal life story and his experiences.”

Van Belle used to pick weeds from the outfield, now he stars on the mound
SportsDesk nominated for Suncoast Student Production Award