Home » U First looks back on its accomplishments

U First looks back on its accomplishments

After a year of hard work and countless meetings, the U First executive ticket members completed their term with lessons learned and campaign promises fulfilled.

Last spring, former Student Government President Evan de Joya, Vice President Catherine De Freitas and Treasurer Rafael Cariello received 92.66 percent of student votes, according to the former Elections Commissions Chairman, Luis Goberna. Their opponents, the We Got You ticket, dropped out of the race, securing an overwhelming victory for the U First ticket. Since then, the U First team worked on implementing what they saw as realistic, student-ortiented promises.

Former president, senior Evan de Joya oversaw the implementation of each of the initiatives on the platform and made sure that monthly progress reports were published, a commitment that he said proved to be difficult at times. 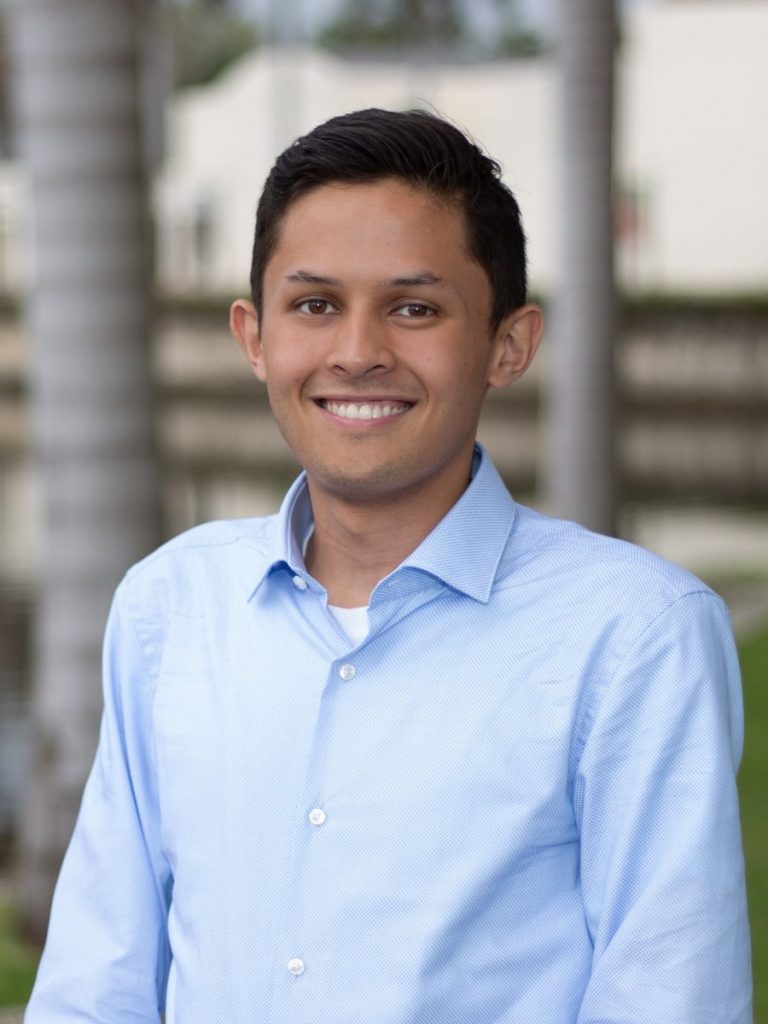 “The broadest challenge we faced is that every initiative we have affects over 10,000 students,” said de Joya. “With such a diverse and broad student body, we need to be very considerate of our initiatives and the implications that they’ll have on different campus groups.”

De Joya, a biology and geography double major, said his favorite SG memory this year was bringing Bill Nye to campus in the first installation of the What Matters to U speaker series.

“To see the way in which all the committee members had worked so hard to execute this event and became a codified part of our organization was very fulfilling,” de Joya said. The Bill Nye What Matters to U event prompted the creation of a new SG agency called Student Engagement Planning Agency. The goal of SEPA is to plan at least two What Matters to U interactive discussion events each year that engage students and stimulate diverse conversations.

De Joya said his main purpose was to create fresh initiatives that reflected the needs of the student body but were also possible to accomplish in a year’s time.

“I think the major impression that our Student Government left is a refocus on accountability,” de Joya said. 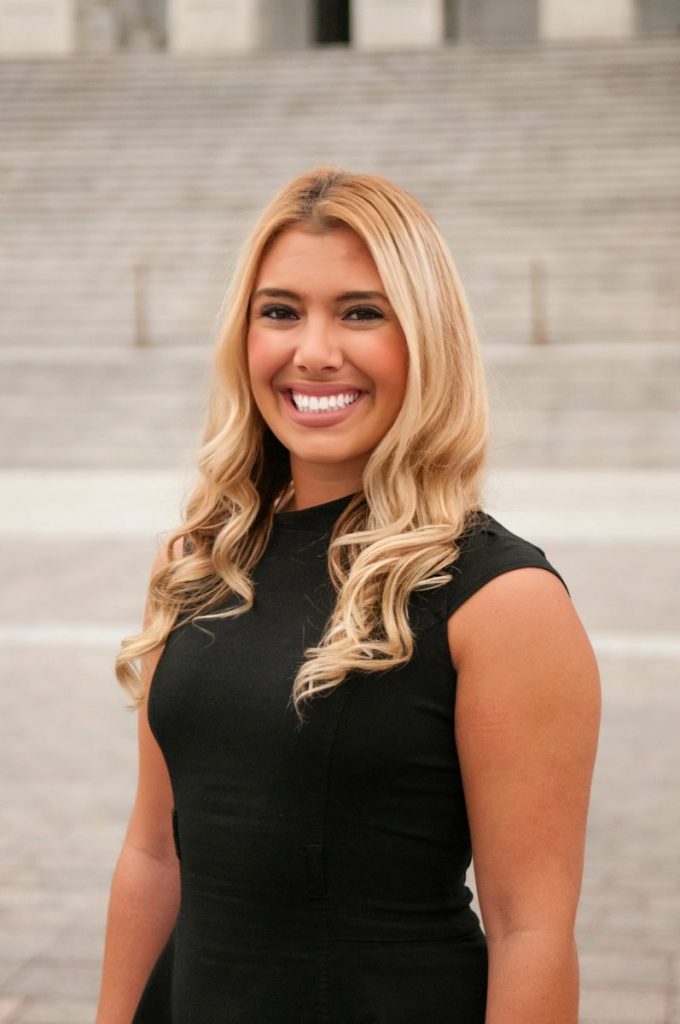 De Freitas guided the freshman students as they worked on projects such as the Fans at the Rat, an installation of fans to make outdoor seating at UM’s most popular hangout spot more comfortable, an accomplishment she said she is particularly excited about.

“I think it was a project that was definitely going to be one of the harder ones, and I’m proud of [FLC] for following through with it even though it won’t be implemented until next year,” De Freitas said.

For De Freitas, managing academics while simultaneously representing the student body and 26 FLC freshmen was a challenging learning experience. As she leaves UM, De Freitas said she hopes to have made an impact on the FLC freshmen and the entire campus.

Former Treasurer Rafael Cariello, an economics and finance double major, worked as a delegate to the Student Activity Fee Allocation Committee, serving as a liaison for student organizations who approved budgets and internally managed and approved funding for SG. 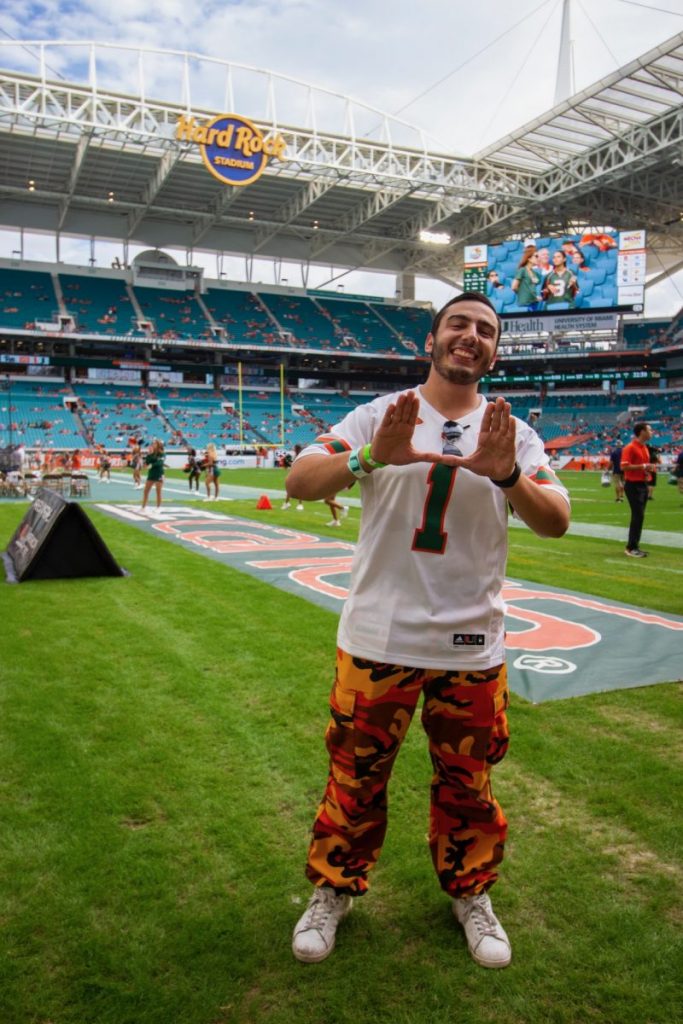 Rafael Cariello, the SG treasurer for the 2018-2019 academic year

The initiative that Cariello said he is most proud of is finalizing a deal with Lyft to subsidize rides for UM students.

“It was one of our first meetings when we were getting started, and to see it come to fruition is a really big deal for us,” Cariello said.

As graduation approaches, Cariello said he will miss the little things about the role, such as eating with administrators at the Rat.

“Our biggest thing was making it a casual, approachable relationship,” Cariello said. “We’d get work done, but also, we learned things from President Frenk and got advice.”

Here are the statuses of the U First campaign promises:

Subsidized Uber/Lyft Rides Originating from Campus – Completed, not implemented yet

Umbrella Rental in Major Campus Buildings– Not completed, in progress

Student-Preferred Vendors in the New Housing Project– Completed, not implemented yet

Increased Variety in On-Campus Food Options– Not completed, in progress as an FLC project

Addressed Inconsistencies in Foundational Courses– Not completed, in progress