Home » My first experience at Ultra Music Festival: I went to Ultra sober

My first experience at Ultra Music Festival: I went to Ultra sober

Everyone has their thing. For some people, it’s sports, some it’s movies and others, it’s video games. Music festivals are my thing. So when offered the opportunity to attend this year’s Ultra Music Festival, held on Virginia Key from March 29-31, I couldn’t pass it up. “The crowds? No problem. The outfits? That kind of eccentricity is what I live for. The music? Not my favorite, but I’ve survived countless parties on frat row, so how different could it be?” I thought.

All Friday and Saturday, I watched things unfold on social media. The new venue on Virginia Key caused transportation issues that left people forced to choose between waiting three hours for the shuttle or walking three miles across Rickenbacker Causeway to catch other rides. On Friday, one of the stages even caught on fire. Even as someone who considers herself a music festival veteran, I had no idea what to expect. 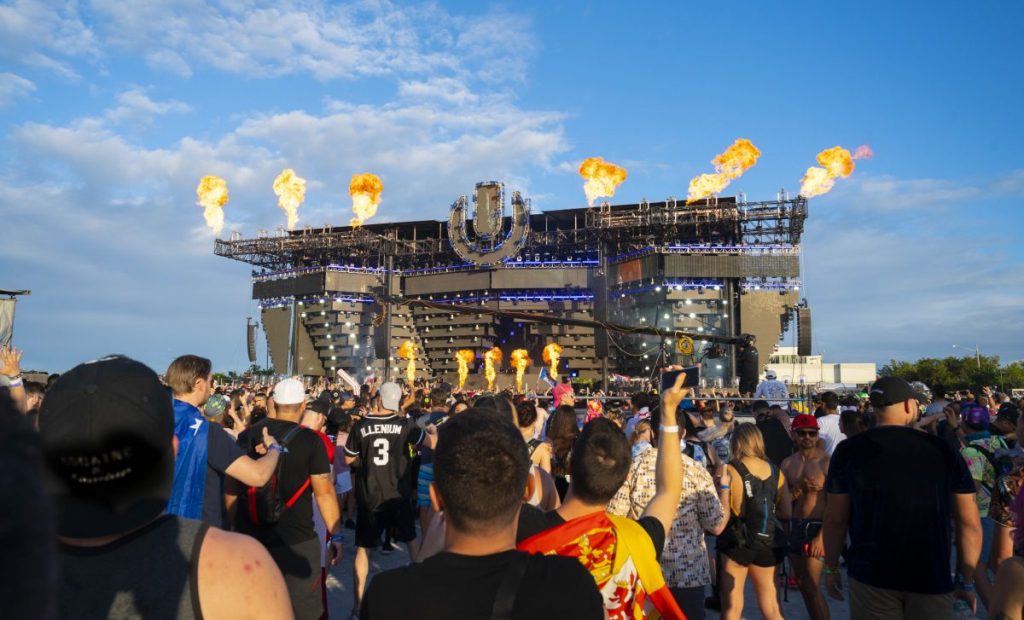 Still, I had a plan going in. I would leave campus at 2:30 p.m., giving me two hours to navigate the Metrorail, Metromover and Ultra shuttle combination that had caused festival-goers so much trouble in the days before. That would put me at the main stage about halfway through Jonas Blue— who I had only partially heard of because of their 2015 remix of Tracy Chapman’s “Fast Car”— leaving ample time to take stereotypical festival photos and be right in front for Lost Kings, Afrojack, David Guetta and eventually, the Chainsmokers. I would then leave about halfway through the Chainsmokers’ set around 1 a.m. to avoid the chaos that ensued on Friday and Saturday.

Here is what really happened: I caught the Metrorail, Metromover and Ultra shuttle relatively easily and with little wait, leaving me pleasantly surprised. I arrived at the main stage around 4:30 p.m. and was immediately engulfed in a sea of eclectic outfits and people with various flags draped over their shoulders—pretty normal for a music festival. What wasn’t normal, from my experience, was the set up.

The entire festival was held on a concrete plot of land, making the already 80 plus degree temperature seem much hotter. Though I know that alcohol and drugs are usually part of music festival culture (and undeniably make them more fun), I could not image putting anything else in my body but water. So, I proceeded soberly.

I did get my pictures—including some with an Ultra logo completely covered in purple, blue and pink flowers that perfectly complimented my holographic bodysuit and matching accessories. I even got to catch the end of Jonas Blue and all of Lost Kings’ set. Both kept the crowd pumped up and entertained with EDM mixes of everything from Queen’s ”Bohemian Rhapsody” to Rihanna’s “We Found Love” and Ellie Goulding’s “Close To Me.” 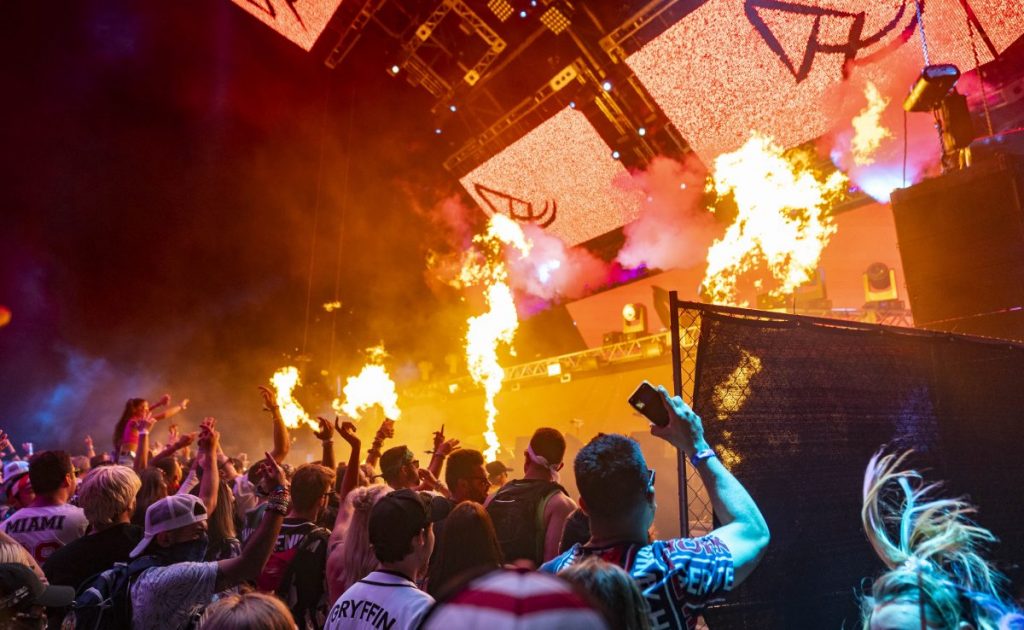 Festival-goers dance under the "World Stage" as the fire bursts out from below the stage. Photo credit: Hunter Crenian

Though I originally wanted to get the true Ultra experience right in the center of it all, I wimped out. I comfortably watched EDM fans having the times of their lives as I chilled at the picnic tables in the back and snacked on overpriced yet incredibly tasty cheese fries. As a vegetarian, I always take notice of food options, and I must say that Ultra offered plenty. They had everything from burgers to mac and cheese to pitas, almost everything being available in a vegetarian option. Two thumbs up from me.

At the end of Lost Kings, I had to make a decision. The sun had completely drained me and left me longing for my uncomfortable twin bed, but I had not yet gotten to see the Chainsmokers who, despite not loving EDM, I actually really like. The exhaustion won, and I headed home after only three hours.

Surviving those three hours at Ultra was nothing less than an extreme sport. So, hats off to anyone who did it for three days because I certainly could not.