For Congresswoman Donna Shalala (D-Florida), Women’s History Month is a time to honor the generations of women who have fought for equality. But for many of her constituents and former students, she is one of the pioneers who deserves to be celebrated.

“I was often the only woman in the room,” Shalala said while reflecting on her storied career as an academic, government official and prominent female figure.

The former University of Miami president, who currently serves as a congresswoman of Florida’s 27th Congressional District, has faced an uphill battle as a champion for female educators. Shalala served as president of Hunter College from 1980-1988 at a time when only 10 percent of college presidents were female.

Ever since, her career has been marked by firsts.

She served as the first female chancellor of the University of Wisconsin from 1988-1993, making her the first woman to lead a Big Ten school and the second to lead a major research university. Shalala became the secretary of health and human services in 1993 under President Bill Clinton, making her the first Lebanese-American to serve on the Cabinet. In 2001, she joined UM, becoming its first female president. 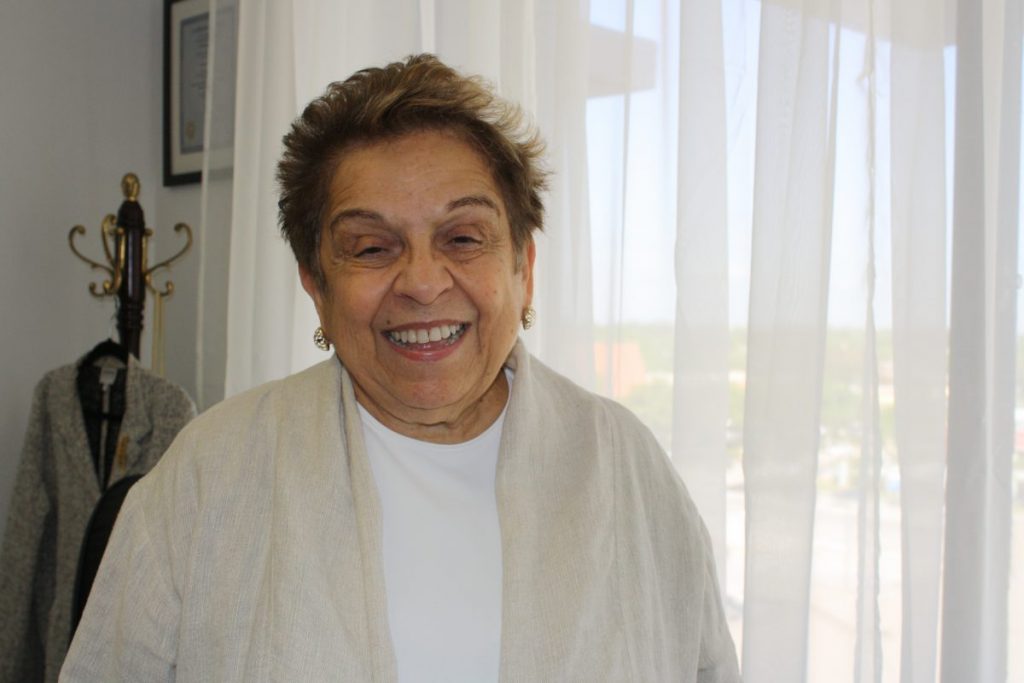 “When my mother was born, women didn’t have the right to vote,” said Shalala. “And equality and opportunity have increased every year for women in this country in large part because of a very active women’s movement.”

Although Shalala has made a name for herself as part of the women’s movement, she said things haven’t always been easy for her.

“I think people underestimated me throughout my career,” Shalala said. “That means that I had to work harder than everybody else and win my way through.”

After beginning her career amidst a sea of doubters, Shalala’s many accomplishments paved the way for a more welcoming introduction to her job as president of UM.

As president of UM, Shalala worked to turn it into a top-ranked United States research university. She raised over three billion dollars for the university’s endowment after running two successful funding campaigns dubbed “Momentum” and “Momentum Two.” This money went towards building a world-class medical school and the popular Lennar Center and improvements that Shalala said transformed UM’s campus into a more student-friendly environment.

“Every decision was to make the undergraduate experience better,” said Shalala. “When I first came to UM, it felt like a commuter school. When I left, it felt like a residential place. There are places to eat, places to sit, where people go and hang out. This transformation brought us better students.”

Shalala and her team’s success is most clearly reflected in UM’s leap in the rankings, from 64 to 48 in 14 years.

Strong leadership characterized much of Shalala’s time at UM, however her passion extended beyond her role as an executive— she also taught a course about the United States healthcare system every spring semester during her tenure in Miami. Shalala said teaching is what she misses the most about working in academia.

After she left UM in 2015, Shalala moved to New York to run the Clinton Foundation as a favor to longtime friend Hillary Clinton, who was running for president at the time.

In March 2018, Shalala announced her bid to enter the congressional race for Ileana Ros-Lehtinen’s seat.

“I just woke up one morning and got pissed off at what was going on in Washington,” Shalala said, recounting her decision to run. “I didn’t think the Democrats were doing too well. I didn’t like what the Republicans were doing to our country.”

Since making her way to Congress, Shalala has been busy, sometimes with 14 appointments a day, she said. Shalala serves on the Rules Committee, which determines which bills come to the floor, and the House Committee on Education and Labor. Within the Committee on Labor and Education, Shalala said she is focusing on tackling the college debt crisis and holding for-profit colleges accountable.

“Speaker Pelosi said when we arrived, ‘You guys are here to save the country,’ and I believe that,” Shalala said.

Shalala is just one of a record 127 women in Congress. Although she is just getting started, she said she is sure of her purpose: “to protect the Constitution. To protect the checks and balances system. To make sure we focus on the most vulnerable people in our society as opposed to the richest.”

More than anything, Shalala said she hopes to leave a better nation for future generations. “I always think of students at the University of Miami because what I am doing is protecting their future, not mine.”

For many of her students and constituents, Shalala stands tall as a reminder of the roadblocks women faced in the workplace throughout the 1900s.

“Her devotion and commitment as the past president of our university continues to inspire young women today to be leaders and change makers in our developing and global society,” said freshman Abigail Scharf. While Scharf was not at UM during Shalala’s tenure, she says Shalala’s legacy is very present on campus.

“I came through a generation in which we stood on the shoulders of the women’s movement,” said Shalala. “Now it’s different. I don’t sit on boards anymore in which there aren’t women present. Your generation believes that you can do anything that you want to do.”

How to deal with the boyfriend question
The Mueller Report is out. Now let us see it