Home » Drag Out turns Shalala into queer haven for a night

Drag Out turns Shalala into queer haven for a night

Once a year, the ballrooms in the Shalala Student Center are filled with flashy lights and gowns as UM’s LGTBQ+ student organization SpectrUM hosts their annual DragOut show.

For the sixth year in a row, DragOut has been a staple event for SpectrUM, as students, drag queens and kings and faculty members perform to raise money for South Florida charities that serve LGBTQ and non-LGBTQ folks alike. 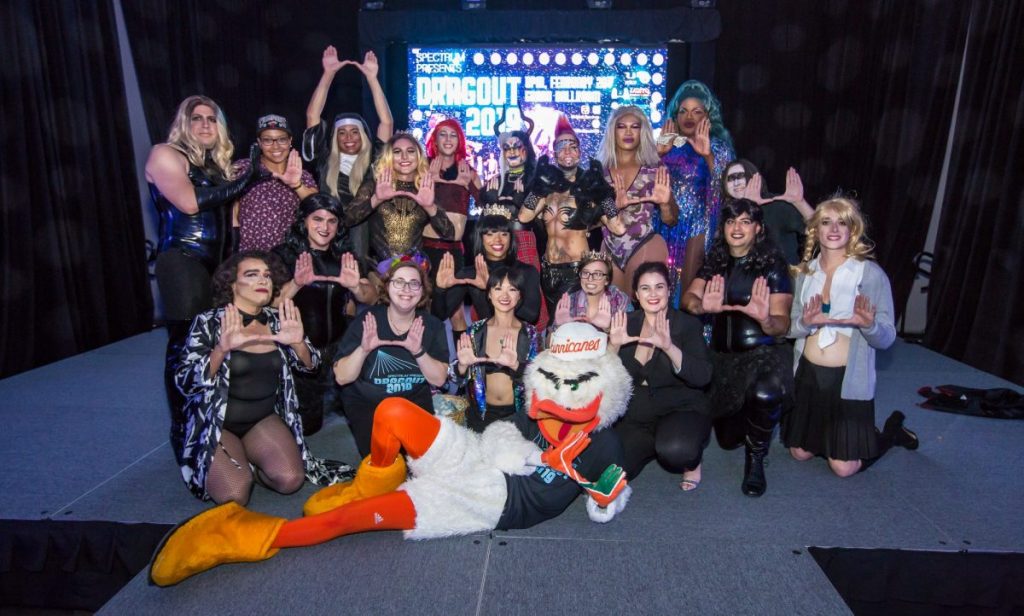 Performers and organizers post with Sebastian the Ibis after the conclusion of the sixth annual Drag Out charity event. Photo credit: Jenny Abreu

This year, on Feb. 28, SpectrUM partnered with SunServe, an organization that focuses on providing life assistance and mental health services to South Florida teens and adults who are marginalized and economically disadvantaged.

SpectrUM president Emma Lam and vice-president Alexa Skolnik came on stage to thank the many donors and alumni in the crowd, but I could hardly wait for them to introduce the host.

When I heard “Bodak Yellow” pounding from the speakers, I knew the emcee of the night was ready for us. Incumbent host and local drag queen, Tiffany Fantasia sashayed her way on stage and performed the heck out of the hit song that catapulted Cardi B into fame. The crowd erupted and suddenly, I was screaming at the top of my lungs. The night had officially started. 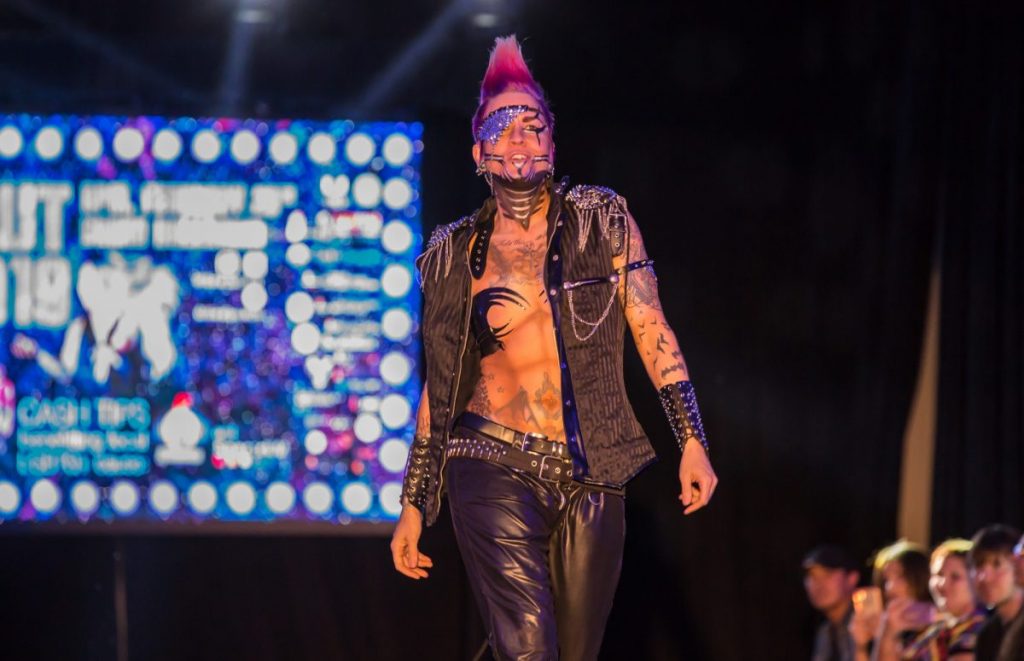 Recurring Drag Out performer and world-renowned drag king Spikey Van Dykey performs at Drag Out 2019. Spikey has performed all over the country, redefining what it means to be a drag star. Photo credit: Jenny Abreu

South Florida’s very own drag king, Spikey Van Dykey, brought his undeniable charm and essence back to the UM stage as he did a rendition of “Death of a Bachelor” by Panic! at the Disco. Not only did the song choice captivate me but so did his signature colorful spiky hair.

Rock songs permeated the performances of the night as more students used the genre as a soundtrack, including the second drag king act of the night, Andro Gyn, who wowed the crowd with his eclectic costume and rock-and-roll flair.

One of my favorite performances of the night was by Miss Toto. The UM alum bewitched us with her choreography, effortless splits and well-coordinated outfits. It was nothing short of iconic. Her second outfit consisted of a gray short wig, a camo bodysuit and black latex thigh-high boots. What could top that?

There were some other pretty memorable moments. When host Tiffany Fantasia was introducing the judges, she took a particular interest in head judge and UM professor Winston Warrior. It could have been because she found Warrior attractive, as she made several comments about his outfit, or because of his detailed biography, which she was reading out loud.

The biography included several of the great things Warrior had done in his life, and as she read them, though impressed, she and the crowd laughed at the length of the document.

Another memorable moment for me was the performance of Envy the Bitch, who was portrayed by Torrey Crosby, a senior majoring in public relations. In fact, his performance was so great that the judges crowned him drag queen of the night. 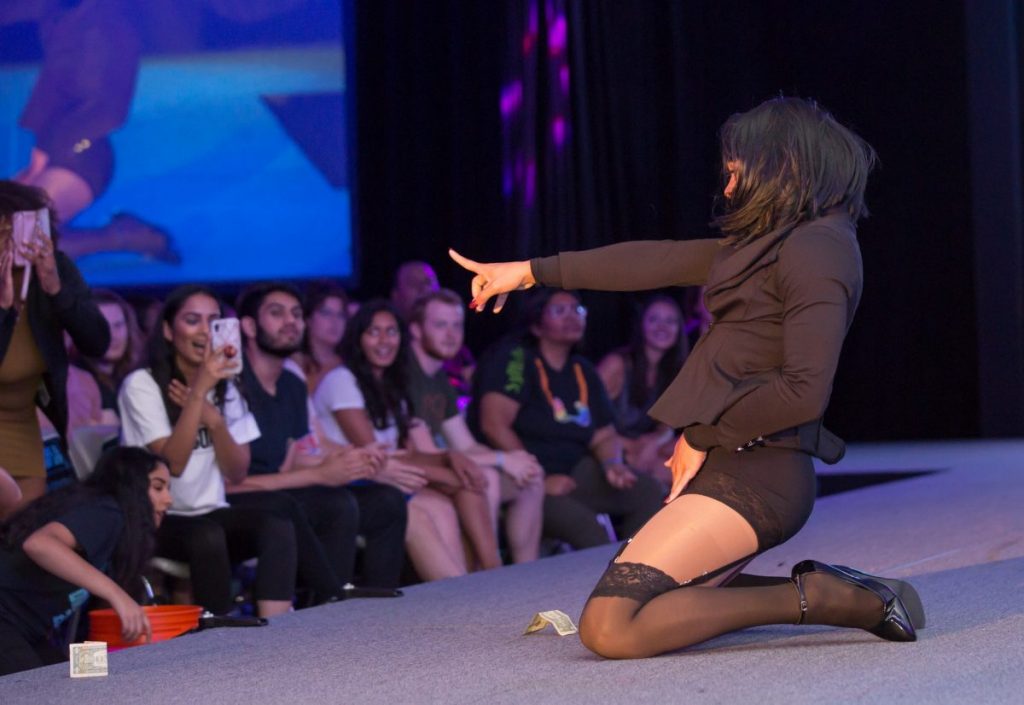 UM student Torrey Crosby takes the stage at Drag Out 2019 on Feb. 28. Though an ametuer performer, the judges were so impressed with his performance that they chose him as drag queen of the night. Photo credit: Jenny Abreu

From Fantasia’s several outfit (and wig!) changes to the ending performance by faculty members singing and dancing to “Single Ladies,” DragOut 2019 was a celebration of belonging, acceptance and badass wigs. I left void of all my one-dollar bills and a working voice, but full of pride and with a great Instagram story.