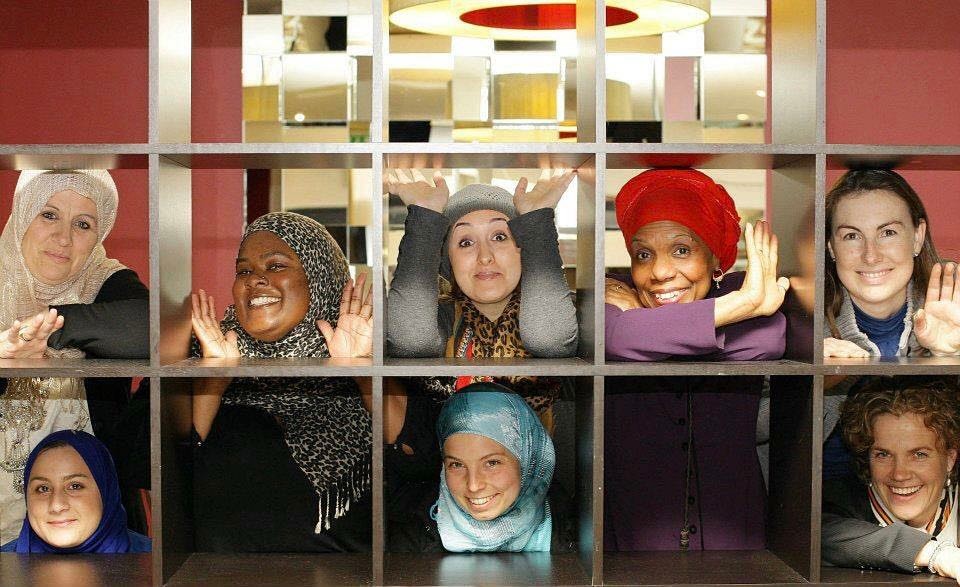 Cast and crew members of “Hijabi Monologues" will open the show Feb. 28 in the Bill Cosford Cinema. Source: Facebook, @hijabimonologues

Though the protagonists happen to wear them, the stories are not about the hijab.

Instead, “Hijabi Monologues,” which debuts on campus on Thursday, Feb. 28, allows Muslim women who wear the sometimes controversial head covering to speak their truth.

The free theatrical performance, created by University of Miami alumna Sahar Ullah, will take place 7-8:30 p.m. at the Bill Cosford Cinema and will feature professional and nonprofessional actresses performing collections of monologues from around the world.

Ullah graduated from UM with a bachelor of arts degree in religious studies, English literature and political science. She also received a masters degree in Middle Eastern studies from the University of Chicago and currently holds a three-year post-doctorate degree in the department of Middle Eastern, South Asian and African studies at Columbia University, where she is a lecturer.

Ullah’s original idea was to document her own thoughts but evolved when she invited others to share their stories. The monologues display forms of courage, beauty, and wisdom in stories that may be funny, painful, or uncomfortable.

“I think it will definitely spark up some debate, maybe answer some questions that people have. It’s a really good opportunity for those who aren’t Muslim to learn more about it in a comedic and light-hearted way,” said Qismat Niazi, president of the Muslim students organization at the University of Miami.

Senior Maia Mulcahy said she was glad to see a strong female lead in posts about “Hijabi Monologues” on Facebook. As a theatre arts and political science double major, Mulcahy said she has noticed that there are not a lot of opportunities for people of color, especially women of color, to use theater to express themselves and tell their stories.

“Most of the plays being regularly performed in regional and Broadway theater are white-centered stories,” Mulcahy said. I’m excited that UM students are fostering a space that will use performing arts to build up narratives that move away from the Eugene O’Neill and Tennessee Williams white male stories.”

Laura Kohn-Wood, dean of the School of Education and Human Development, will moderate a talkback session with the cast and writers immediate following the show.

“The post-show conversation is focused on audience response, sharing, and connecting and meant to encourage self-reflection. I am excited to hear the stories unfold as well as the audience’s reactions,” De la Guardia said.

What: the “Hijabi Monologues”

When: Feb. 28 from 7-8:30 p.m, followed by a post-show talkback session with the cast and writers moderated by Laura Kohn-Wood, dean of the School of Education and Human Development

Where: The Bill Cosford Cinema

Tickets: Tickets are free and can be reserved here.

Doors open at 6:30 p.m. Seating is not guaranteed. Capacity is limited, and priority seating is given to UM students with their Cane IDs.